Japan is an Eastern Asian country in the Pacific Ocean, directly east of the Korean peninsula. It is filled with high-rise cities, thousands of shrines and temples and mountainous national parks.

Japan is a very modern nation, one of the world leaders in technology.

1. Japan is an island nation, which means it does not share land borders with other countries. Japan's closest neighbors are Russia, North Korea, South Korea, China and Taiwan.

2. The country is made up of over 6800 islands, but the four main ones (Hokkaido, Honshu, Shikoku and Kyushu) make up 98 per cent of its land area.

3. Mount Fuji is the highest mountain in Japan and, along with Mount Tate and Mount Haku, is one of Japan's ‘Three Holy Mountains’.

4. The largest city in Japan is Tokyo, also the country's capital. Other major cities include Osaka, Nagoya, and Sapporo.

5. The national currency in Japan is the Japanese Yen.

6. Some of the most well-known companies in the world are Japanese: Toyota, Honda, Sony, Nintendo, Canon, Panasonic, Toshiba, and Sharp.

7. The population of Japan is over 126 million. Life expectancy in Japan is 84 years, the second-highest in the world.

8. The main two religions in Japan are Shinto and Buddhism.

9. The world's oldest hereditary monarchy is Japanese; an emperor sits on the Chrysanthemum Throne.

10. Japanese traditional dress, for men and women, is the kimono. Kimonos are made from silk, have long sleeves, fall to the ankle and are tied with a special belt called an obi.

Japan is located in one of the most geologically active regions in the world, along the ‘Pacific Ring of Fire’. The Japanese landscape has lots of volcanoes and hot springs and experiences many earthquakes and tsunamis.

The national flag of Japan is a white rectangular flag with a large red disc (representing the sun) in the centre. The flag is officially called Nisshōki, "sun-mark flag", in Japanese, but is more commonly known as Hinomaru, "circle of the sun".

One of the most famous Japanese dishes is sushi, pieces of raw fish and seafood placed on a ball of vinegared rice. Fugu, pufferfish, is a great delicacy but must be prepared by experts as it can be poisonous to eat!

Cleanliness and order are very important to Japanese people. Ritual bathing and removing shoes inside are still practised, and Japanese toilets are electrically powered and have up to 15 different buttons performing different cleansing functions!

Japan has a small land mass for the number of people who live in the country, so most people live in very small apartments in blocks of flats. There are even tiered car parks in cities.

Tea is as important to Japanese people as it is to British people. In tea ceremonies people drink green matcha tea while sitting and holding their cup in the traditional way.

The "bullet train", shinkansen, is the world's fastest passenger train, travelling at speeds of 320km per hour!

Slurping noodles and soup isn't considered rude in Japan, where people like to eat their food hot!

Hanami is a Japanese festival dedicated to flowers like cherry blossoms.

In traditional Japanese hotels, ryokan, people sleep on futons on the floor and there are paper screens separating the rooms instead of walls. There might be an onsen, a hot spring bath, where all the guests bathe together.

Over 75 per cent of Japan is mountainous or hilly, and most of the population lives in huge urban areas. Tokyo's population is over 35 million (including suburbs), which makes it one of the largest cities in the world.

The Japanese language is spoken by more than 130 million people worldwide, with dozens of different dialects spoken within Japan. The two main groups of Japanese accents are Tōkyō-shiki (Tokyo-type) and Keihan-shiki (Kyoto-Osaka-type).

Japan has a parliamentary system of government like Britain. The Japanese do not elect a president directly.

Traditional Japanese Architecture has a distinct style deeply influenced by the religions Buddhism and Shinto. Japanese houses and temples are often made of wood that is placed on stilts to raise them above the ground. Japanese gardens are world-famous and usually contain stones, water features and bridges.

In Japan it is expected that you change into slippers when entering a Japanese home, a traditional restaurant, temples, and sometimes museums and art galleries. So if you are in Japan and you see a row of slippers, probably best to put them on!

Japan is home to many different forms of martial arts: Karate, Judo, Sumo, Ninjutsu, Kendo, Jujutsu and Aikido. Sumo wrestling is recognised as the national sport of Japan, although the most popular sport watched in Japan is baseball.

Japan is famous for its advanced technology. One of the most important Japanese 20th-century technologies to be invented is the compact disc (CD) which was created jointly by Sony and Philips in the late 1970s. Japanese people are the proud creators of hugely popular video games and toys (for example, Pokemon), and first introduced the world to technological innovations like robotic pets or motion sensor devices. Half of the world's robots can be found in Japan!

Matsuri means festival in Japanese. There are many different festivals and celebrations throughout the year, often marking important stages in the rice-growing season.

Try some Japan-themed crafts like making a cherry blossom tree, a fan, samurai accessories and the ojami beanbags used to play the game of otedama

Print out some Japan colouring sheets

Online games with a Japanese theme or setting

The hottests trends in Japanese school playgrounds: find out what's cool, from manga to moneyboxes

A complete guide to Japanese culture, from sumo wrestling and bento boxes to judo and bonsai

Design your own kimono online

Why not try cooking some Japanese food like yakisoba (noodles) or wagashi (sweets)? There are lots of recipes on Kids Web Japan

Download some templates for Japanese-themed models to make at home

Create your own paper Samurai helmet

Make your own paper model of Himeji Castle in Japan 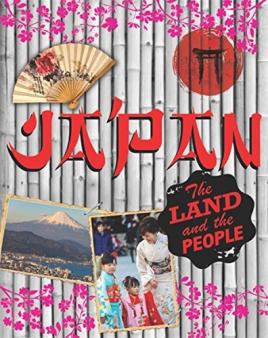 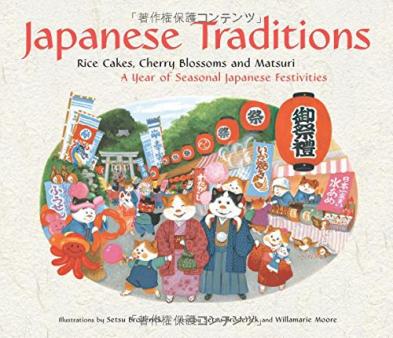 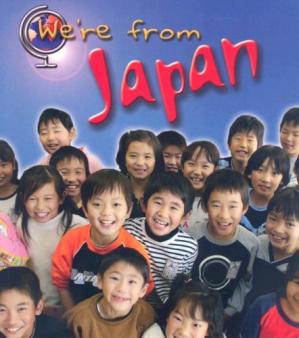 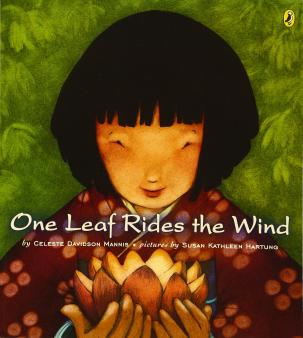 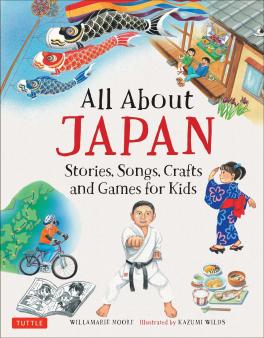 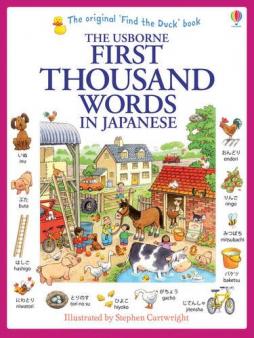 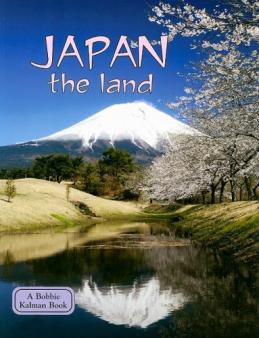 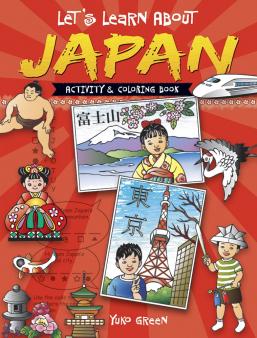 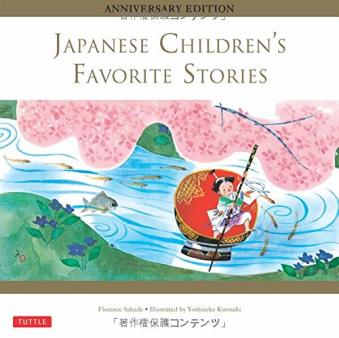 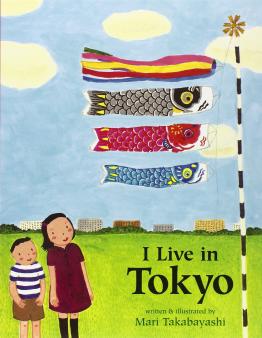 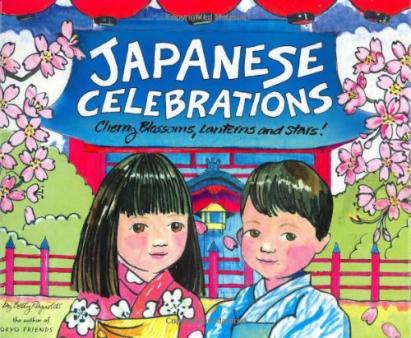 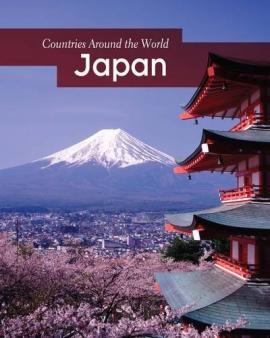 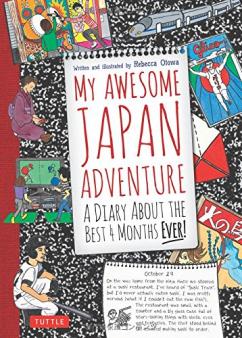 An overview about Japan for kids

Everything you might want to know about Japan, from basic facts to descriptions of Japanese lifestyle and traditions

Haiku is a form of traditional poetry in Japan

The geography of Japan

Interesting and unusual facts about Japan (and some great pictures)

The main religions in Japan are Shinto and Buddhism

Find out about kendo, one of traditional Japanese martial arts

Watch an animation to understand the history of rice paddies

Some of the best festivals, events, historical sites, parks and museums to visit in Japan

Find out more about Japanese World Heritage sites like the Ancient Kyoto, the Hiroshima Peace Memorial, Itsukushima Shinto Shrine and the temples of Nikko

Tokyo, Japan's capital city, is a vibrant place to visit