Russia is the largest nation in the world, with land in both Europe and Asia. The capital of Russia is Moscow and the national language is Russian.

One of the world's richest and most powerful countries, Russia has undergone huge change in the last century.

Russian landscapes vary hugely, ranging from polar conditions, mountains and forests in the north to enormous grasslands called steppes and warm beaches in the south of the country. Russia is known for being a very cold country and has a high snowfall.

1. Russia is the largest country in the world. Over 142 million people live in Russia.

2. Russia borders 14 different countries on two continents and has the longest coastline in the world.

3. Most Russian people live in cities. The largest, the capital Moscow, has 12 million inhabitants. St Petersburg is the second-largest city.

4. Russia has lots of natural resources; it sells more gas than any other country and is the second-largest exporter of oil.

5. Russia is home to the longest river in Europe, the Volga (3690km long), and the deepest lake in the world, Lake Baikal (over 1km deep in places).

6. Russian is the official language, spoken by the majority of Russians. Russian is a Slavic language and uses an alphabet called Cyrillic. The main religion is Orthodox Christianity.

7. The currency of Russia is the Russian ruble.

8. Brown bears live in forests across Russia and are considered the country's national animal.

9. Chess, ballet and gymnastics are very popular hobbies in Russia and lots of children take classes in them from a very young age.

10. The Russian space program was very successful. In 1961, Russian cosmonaut Yuri Gagarin was the first person to travel into space. The first woman in space was also Russian, Valentina Tereshkova.

Russia is so large that it has 11 different time zones, more than any other country in the world!

The Winter Palace in St Petersburg used to be the home of the Russian royal family (it is now a museum). There are 1500 rooms and 117 staircases in the palace! There are so many works of art on display that it's been estimated that it would take 11 years to see them all!

People who have seven or more children in Russia are awarded an Order of Parental Glory.

At Christmas Russian children receive gifts not from Father Christmas but from Grandfather Frost and the Snow Maiden.

Only a third of Russian people own a car and most people travel by train.

It takes six days to travel the length of the Trans-Siberian railway (9288km)!

Russia has the largest number of forests in the world and is also home to over 40 national parks and 100 wildlife reserves.

White Nights is the name of the summer evenings in St Petersburg; from mid June to July it is light all day and all night in the city.

Russian people love to grow some of their own food: two thirds of people who live in cities have an allotment.

The Metro (Underground) in Moscow is filled with paintings, chandeliers and statues and was built to be a 'palace for the people'. It is the busiest underground railway system in Europe, carrying 2.4 billion passengers every year.

Yakutsk in the north of Russia is the coldest city on Earth, with average winter temperatures of -40°C. The city is built on stilts because the ground it sits on is frozen all year round and can be very unstable.

Russia is the largest country in the world and in its entirety occupies about one-ninth of the total land on earth. Russia spans two continents, Europe and Asia.

Russia shares land borders with 14 other countries. Some of them used to belong to the Union of Soviet Socialist Republics (USSR), a communist state from 1922 to 1991. The USSR was also known as the Soviet Union.

From the 1400s Russia was ruled by emperors called tsars, but in 1917 the Russian Revolution abolished the monarchy and in 1922 the world's first communist state, the USSR, was established. The communist government aimed to create a fair way of life for everyone, not just the rich ruling class. By 1929, however, a general called Joseph Stalin had seized power and imposed lots of new rules on the people, causing huge suffering. In World War II the Russians fought against Nazi Germany and millions of Russians were killed in the fighting.

In 1945 the USSR became one of the world's superpowers. In the following decades the USSR and the United States of America were on opposite sides in many conflicts; this is known as the Cold War.

Under communism religion was banned, but the Church is now very popular, and around 75 per cent of Russians are Orthodox Christians. Around 10-15 per cent of the population are Muslim.

The Kremlin in Moscow is Russia's centre of government and the home of the Russian president. Vladimir Putin has been president of Russia since 2012; he was also president from 1999 to 2008 and was the country’s prime minister from 2008 to 2012.

The country's second-largest city, St Petersburg, was renamed Leningrad in 1924 to honour the Russian Revolution leader, Lenin. The city's name was changed back to St Petersburg in 1991.

Russia has a growing economy. The country is a manufacturer of machines, transport equipment and chemicals, and also has huge resources of oil, gas and minerals like coal, metals and diamonds. Oil, gas and minerals make up 80 per cent of what Russia exports to other countries. Fishing and farming are important industries, and Russia also produces lots of wood products like paper.

The massive region of Siberia, known as the Asian part of Russia, occupies three quarters of Russian land but only a quarter of the Russian population live there. It is very, very cold with average winter temperatures of -25°C. Siberian tigers, who live in the forests of Siberia, are one of the world's most endangered species. It's estimated that there are only 500 Siberian tigers left in the world.

Summers can be very hot in Russian cities, and lots of people have a small house in the country (called a dacha) where they go at weekends and grow fruit and vegetables. Picking mushrooms and berries are old Russian traditions.

Lots of traditional Russian foods are made from ingredients that grow well in the cold Russian climate, like beetroot, cabbage and potato. Pirogi is a type of pastry with sweet fillings like fruit and honey and savoury fillings like mushrooms, rice and salmon. Soup, rye bread and porridge are often on the menu.

Russians love tea, but they don't use a kettle to make it! Instead they have a very large metal hot water boiler called a samovar. Russians traditionally add sugar, lemon or jam to their tea!

New Year is Russia's biggest festival, celebrated with a special dinner and fireworks. Before Lent (the 40 days before Easter), Russians celebrate Maslenitsa (Pancake Week). During the festival they eat thin pancakes (blini) with sour cream, jam or caviar (fish eggs) and make large straw dolls which are burnt on a bonfire.

Russian nesting dolls, Matryoshka, are famous around the world. They are wooden figures that open and contain smaller and smaller dolls inside, painted as if they are wearing traditional Russian dress.

Russia has been a world leader in sport, space exploration and culture, renowned for its music, arts and literature. Some of the most famous composers in the world are Russian, including Tchaikovsky, the composer of The Nutcracker. Famous writers include Leo Tolstoy, author of War and Peace, and playwright Anton Chekhov. Ballet is a hugely popular art form and the Bolshoi Ballet in Moscow and the Mariinsky Ballet in St Petersburg are two of the best ballet companies in the world.

Russian athletes and sportspeople are incredibly successful, especially at the Olympic Games. One of the most popular sports in Russia is ice hockey; there are lots of ski resorts, too, and some people swim in ice-cold waters, making a hole in the ice to jump in! Football is the most popular spectator sport.

Story-telling is a big part of Russian cultural tradition. One of the most famous traditional characters is Baba Yaga, a wise but scary witch who lives in a house with chicken legs.

Read some Russian folk tales, including the stories of Baba Yaga and the story of the Crimson Flower

Have a go at some Russian-themed craft activities, including decorating a Faberge-style egg and making Matryoshka Dolls out of different materials

A step-by-step guide to making a Russian clay bird, a dymkovskaya toy

Learn to write and pronounce the Russian alphabet

Make your own Kandinksy art

Read about some of the traditional games children play in Russia

Listen to songs and rhymes in Russian

Best books about Russia for children 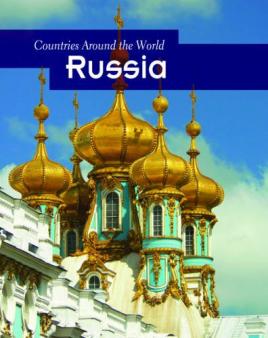 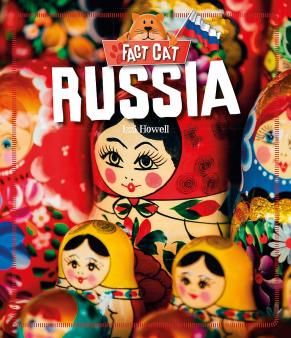 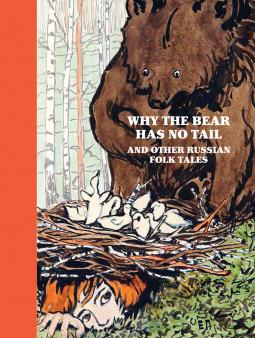 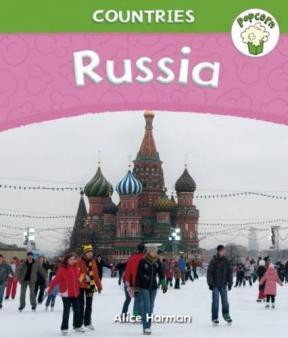 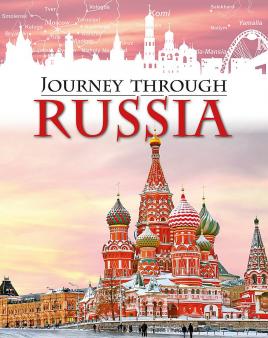 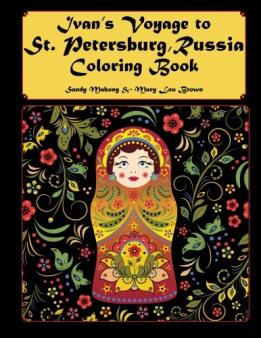 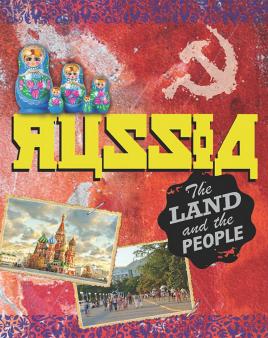 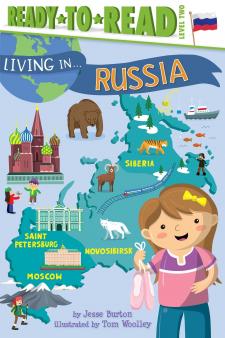 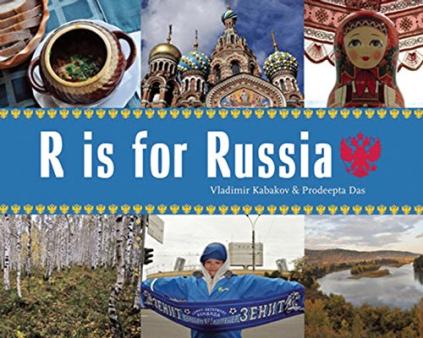 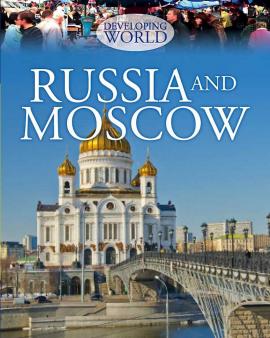 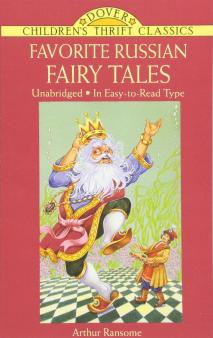 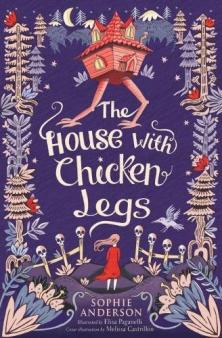 The Kiddle encyclopedia guide to Russia

Find out about the native peoples of the Russian North

The Trans-Siberian Express is the longest train journey in the world, stretching from Moscow to Vladivostok across 6 time zones and landscapes ranging from forest to mountain to desert to steppe

A guide to Russian food and drink

Steam baths, or banya, are a traditional place to visit in Russia

See pictures of Russia's Kamchatka Peninsula, one of the most volcanologically active regions on Earth

Information about festivals and holidays in Russia

Facts and advice about visiting Russia

A guide to Baikal Lake, the deepest lake in the world