Who was Guy Fawkes?

In 1605, Guy Fawkes and his friends wanted to blow up important buildings in London where the King and his leaders were so someone else would rule England instead. He was caught before he did this so nobody was hurt, and it’s because of him that we celebrate Bonfire Night on 5 November.

Guy Fawkes didn’t do this alone – he had a group of people working on the plan with him. They filled up the basement in the Houses of Parliament in London with lots and lots of gunpowder, which would have caused the buildings to explode and also kill King James I and other people in charge of the country. Fortunately, they were caught before this happened, and Guy Fawkes went to jail on 5 November – we remember this every year on Bonfire Night.

Look through the gallery below and see if you can spot all these images:

Guy Fawkes was arrested for high treason – this means that because he was involved in the plot to kill the King, he wasn’t loyal to England, and this was a serious crime. King James I of England is also known as King James VI of Scotland.

Catholics who refused to attend Protestant church services were called recusants. Recusants sometimes had to pay fines, or even be put in jail.

Catholics were frustrated about the way they were treated in Protestant England, and wanted a King who wasn’t going to punish them for their religious beliefs.

The Gunpowder Plot was discovered because of a man called Lord Monteagle – he was supposed to be in Parliament on 5 November, and someone sent him a letter warning him to stay away. Lord Monteagle told other people about the letter he received, and the places around Parliament were searched.

Guy Fawkes was arrested early in the morning on 5 November 1605 in the basement where the barrels of gunpowder were stored – it was supposed to be his job to light it at the right time.

There were two parts to the Gunpowder Plot – only one of them was blowing up the Parliament buildings and killing the King. Some of the men in the group of 13 weren’t in London on 5 November because they were traveling north to start an uprising. The plan was that when the news spread that the King was dead, these men could get other Catholics who were just as frustrated as they were to revolt against the laws against their faith. They also wanted to put James I’s young daughter, Princess Elizabeth, on the throne.

While this tradition didn’t start until some time later, the Yeomen of the Guard still search the basements before the State opening of Parliament (when the King or Queen is there) as another way to remember what happened during the Gunpowder Plot – and make sure nothing like that ever happens again.

Robert Catesby (1573-1605) – Robert Catesby was a wealthy Englishman and devout Catholic. He led the Gunpowder Plot, and was killed a few days after Guy Fawkes was arrested.

Thomas Wintour (1571-1606) – Thomas Wintour, brother of Robert WIntour and cousin of Robert Catesby, was one of the group of the first five plotters who met at the Duck and Drake in May 1604. He was arrested after the Gunpowder Plot was discovered, and his signed confession tells us a lot of what we know about the plot.

Robert Wintour (1568 -1606) – Robert Wintour was the brother of Thomas Wintour and the cousin of Robert Catesby. He joined the Gunpowder Plot in the spring of 1605. After the plot failed and Guy Fawkes was arrested, Robert managed to hide for a few months but was eventually arrested in January 1606. He was put to death on the day before Guy Fawkes was.

Thomas Percy (1560-1605) – Thomas Percy was one of the first five members of the Gunpowder Plot group. He rented a house near the Parliament buildings, and Guy Fawkes pretended to be his servant, using the fake name ‘John Johnson’. Thomas Percy also rented the basement located underneath the House of Lords where the gunpowder was stored. He was killed a few days after Guy Fawkes was arrested, along with Robert Catesby.

Robert Keyes (1565-1606) – Robert Keyes joined up with Robert Catesby’s group in October 1604. It was his job to guard the gunpowder. He was arrested and put to death on the same day as Guy Fawkes.

Ambrose Rookwood (1578-1606) – Ambrose Rookwood was a good friend of Robert Catesby’s. When Ambrose found out that Guy Fawkes had been arrested before being able to light the barrels of gunpowder, he left London to tell Robert Catesby, who was travelling north to take care of another part of the plot. Ambrose was arrested on 8 November 1605, and put to death on the same day as Guy Fawkes.

Sir Everard Digby (1578-1606) – Sir Everard Digby met Robert Catesby in 1605, and Robert asked Everard to help him in the Gunpowder Plot. Everard wasn’t one of the main people involved and had a job that meant he didn’t have to go to London. He was arrested on 8 November 1605, and put to death on the day before Guy Fawkes died.

Francis Tresham (1567-1605) – Francis Tresham wasn’t part of the Gunpowder Plot until October 1605. Robert Catesby, and even some people today, think that he wrote an anonymous letter to Lord Monteagle warning him of danger if he went to the House of Lords on 5 November; this is because Francis was upset that some of his relatives would be killed if the explosion happened. Francis was arrested after the Gunpowder Plot failed and taken to the Tower of London, where he died about a month later.

Thomas Bates (?-1606) – Thomas Bates knew Robert Catesby for a long time, and became part of the Gunpowder Plot because he was suspicious of some things Robert was doing. When Robert told him about the plot, Thomas agreed to help. After the plot was discovered and Guy Fawkes was arrested, Thomas was captured too. He was put to death a day before Guy Fawkes was.

Christopher Wright (1570-1605) – Christopher Wright, John Wright’s brother, was a devout Catholic, and had often been arrested for being a recusant. Both he and John were killed on 8 November 1605, after the Gunpowder Plot failed.

John Wright (1568-1605) – John Wright was the brother of Christopher Wright. He was often arrested for being a recusant. Both John and Christopher went to the same school as Guy Fawkes. They were both killed on 8 November 1605 after Guy Fawkes was found in the basement below the House of Lords with barrels of gunpowder.

John Grant (1570-1606) – John Grant was asked to join the group planning the Gunpowder Plot in the spring of 1605. He was with Robert Catesby outside London at the time Guy Fawkes was arrested, and was blinded when he sat near some gunpowder that was drying in front of a fire and exploded. He was killed shortly after, along with Robert.

Books about Guy Fawkes for children 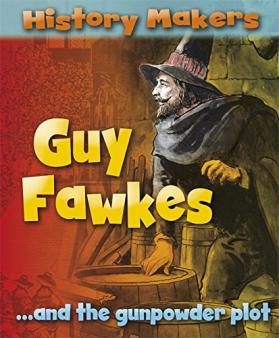 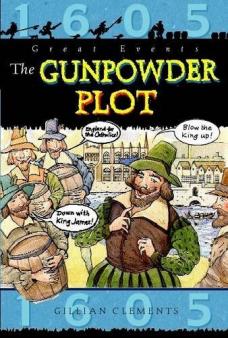 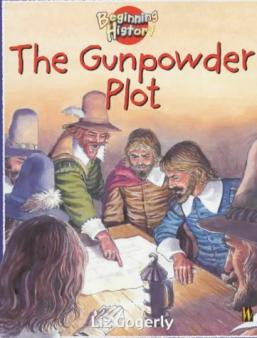 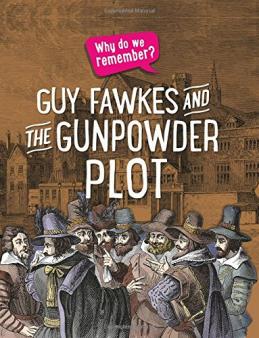 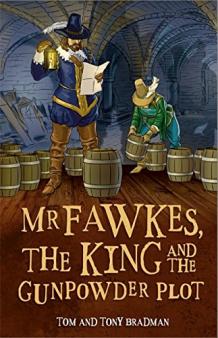 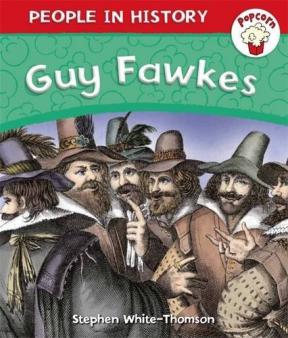 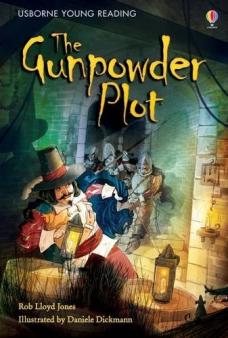 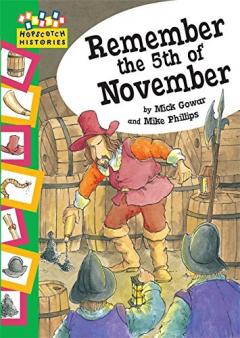 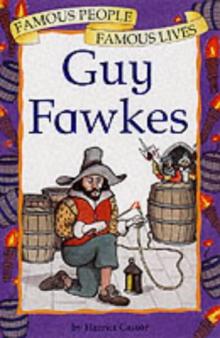 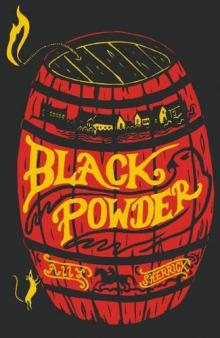 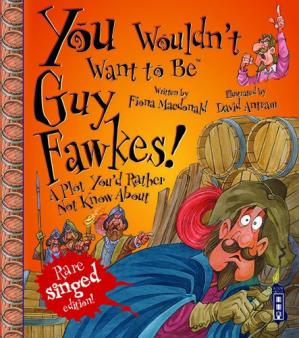 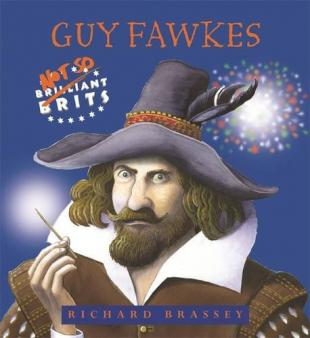 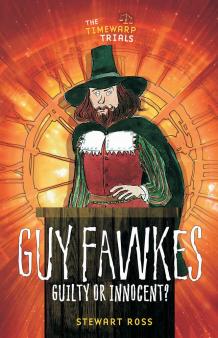 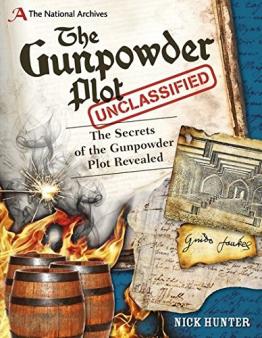 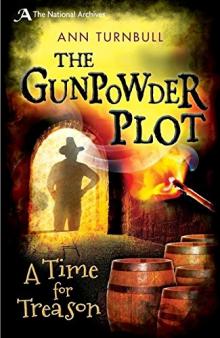 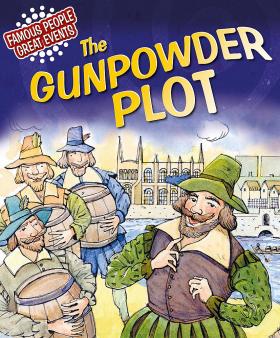 Find out more about Guy Fawkes