Who were the Anglo-Saxons?

The Anglo-Saxons came to England after the Romans left in the year 410. Nobody was really ruling all of England at the time – there were a lot of little kingdoms ruled by Anglo-Saxons that eventually came together as one country.

The earliest English kings were Anglo-Saxons, starting with Egbert in the year 802. Anglo-Saxons ruled for about three centuries, and during this time they formed the basis for the English monarchy and laws.

The two most famous Anglo-Saxon kings are Alfred the Great and Canute the Great.

When the Romans left Britain, the country was divided up into a lot of smaller kingdoms and sub-kingdoms that often fought with each other and against any invaders who tried to take over.

By the 800s, there were four main kingdoms in England: Northumbria, Mercia, East Anglia and Wessex.

One of the most well-known kings from Merica was Offa. He declared himself the first ‘king of the English’ because he won battles involving kings in the surrounding kingdoms, but their dominance didn’t really last after Offa died. Offa is most remembered for Offa’s Dyke along the border between England and Wales – it was a 150-mile barrier that gave the Mericans some protection if they were about to be invaded.

Religion changed quite a bit in Anglo-Saxon times. Many people were pagans and worshipped different gods who oversaw different things people did – for instance, Wade was the god of the sea, and Tiw was the god of war.

In 597, a monk named St. Augustine came to England to tell people about Christianity. The Pope in Rome sent him there, and he built a church in Canterbury. Many people became Christians during this time.

Everyone in Anglo-Saxons villages had to work very hard to grow their food, make their clothes, and care for their animals. Even children had to help out by doing chores such as collecting firewood and feeding the livestock.

Beowulf is an Anglo-Saxon heroic poem (3182 lines long!) which tells us a lot about life in Anglo-Saxon times (though it is not set in England but in Scandinavia). Beowulf is probably the oldest surviving long poem in Old English. We don't know the name of the Anglo-Saxon poet who wrote it, but it was written in England some time between the 8th and the early 11th century.

The Anglo-Saxons minted their own coins – they made different designs that were pressed onto the face of a coin, so archaeologists who find those coins today know when they were used. The coins changed depending on the region where they were made, who was king, or even what important event had just happened.

Vikings from the east were still invading England during the time of the Anglo-Saxons. Sometimes, instead of fighting the Vikings, people would pay them money to leave them in peace. This payment was called Danegeld.

Alfred the Great was based in the kingdom of Wessex, and his palace was in Winchester. He won battles against invasion by the Danes, and he improved England’s defences and armies. Alfred established a strong legal code, and began the Anglo-Saxon Chronicles as a way of recording annual events. He also thought education was very important and had books translated from Latin into Anglo-Saxon so more people could read them and learn.

Canute the Great was the first Viking king of England. A famous story about Canute is that he proved to his courtiers that he wasn’t all-powerful just because he was King. They would flatter him by telling him that he was “so great, he could command the tides of the sea to go back”. Canute knew this wasn’t true, but he also knew that he’d have to prove it to stop his courtiers saying such things. Canute had his courtiers carry his throne onto the beach, by the surf, and Canute commanded that the tide stop coming in. It didn’t work, and the courtiers finally admitted that Canute was not all-powerful. Canute said, “Let all men know how empty and worthless is the power of kings. For there is none worthy of the name but God, whom heaven, earth and sea obey.”

Names to know (Anglo-Saxon kings of England, listed in order)

Alfred the Great (King from 871-899) – Alfred the Great is remembered for his victories against Danish invasion, his belief in the importance of education, and his social and judicial reform.

Canute the Great (King from 1016-1035) – Canute was a Viking warrior, and the first Viking king of England. He won a battle against Edmund II that divided their kingdoms, but when Edmund died Canute ruled both kingdoms.

Edward III, The Confessor (King from 1042-1066) – Edward the Confessor had Westminster Abbey built.

Harold II (King in 1066) – Harold II was the last Anglo-Saxon king of England. He died during the Battle of Hastings in 1066.

Edgar Atheling (King in 1066) – Edgar Atheling was declared King after King Harold II died during the Battle of Hastings, but never took the throne. The next king was William the Conqueror, a Norman.

Books about Anglo-Saxons for children 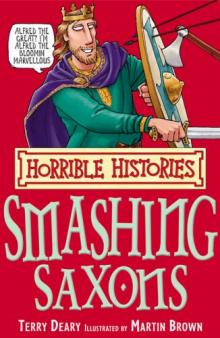 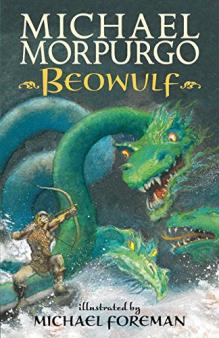 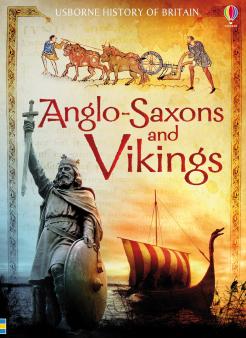 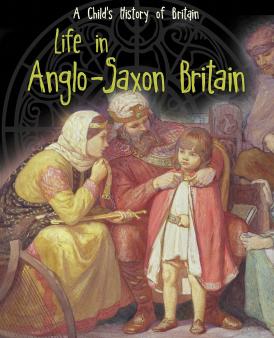 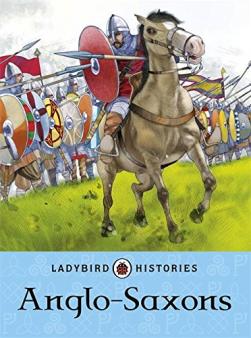 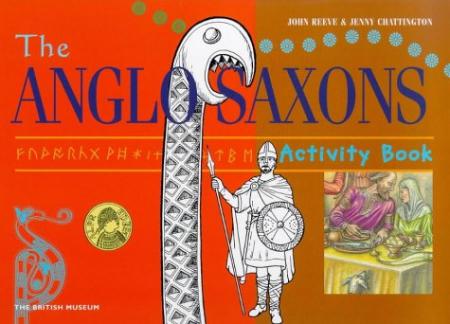 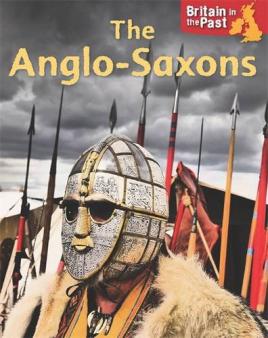 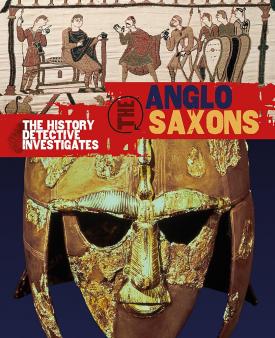 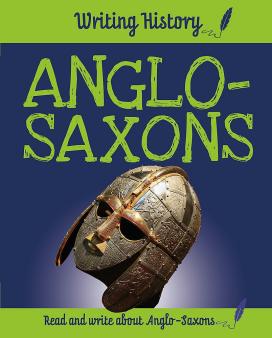 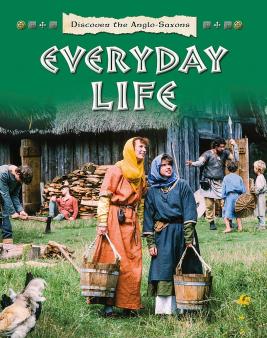 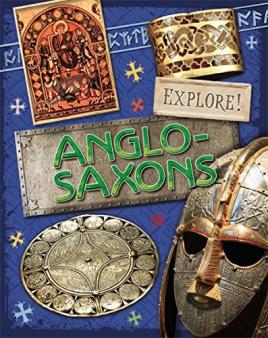 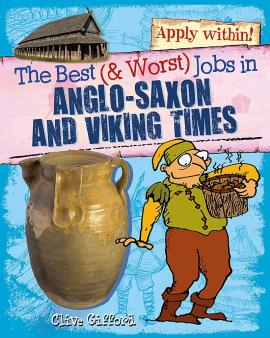 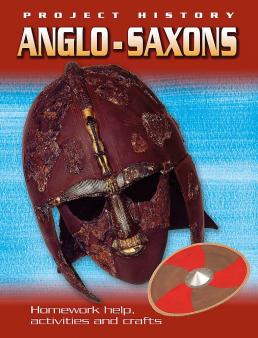 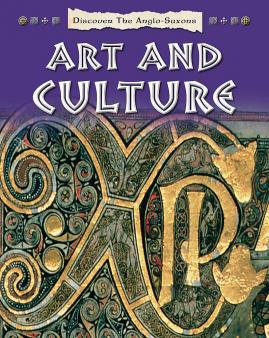 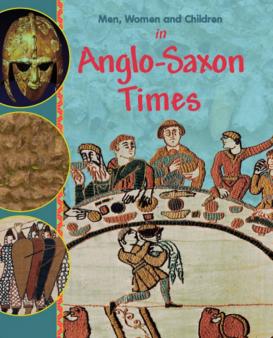 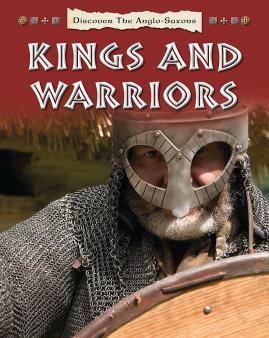 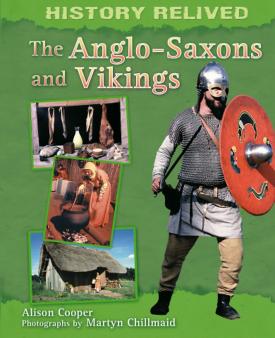 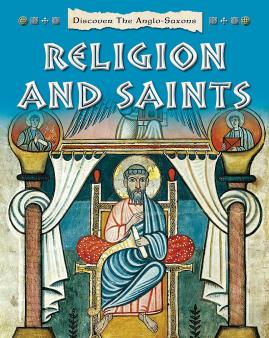 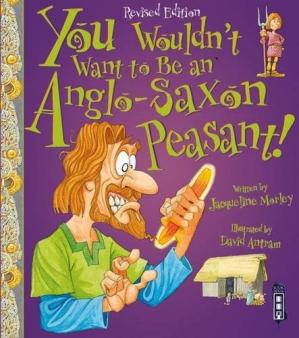 Find out more about Anglo-Saxons: