Famous for kilts, bagpipes, haggis and outstanding natural beauty, Scotland is a country that boasts much culture and tradition.

Along with England, Wales and Northern Ireland, Scotland is part of the United Kingdom and is the most northerly country in the UK.

Scotland has an amazing coastline as well as many lakes, mountains and an abundance of islands off its mainland – over 790 to be precise! It is also home to the UK’s highest mountain, Ben Nevis, and a capital city, Edinburgh, which attracts thousands of tourists every year.

1. Scotland is part of the United Kingdom along with England, Wales and Northern Ireland.

2. It is the most northerly country in the UK.

3. Scotland shares a border with England.

4. The Scottish people obviously enjoy train travel – the country has over 300 railway stations!

5. The thistle is Scotland’s national symbol.

6. Scotland’s flag is called the Saltire or Saint Andrew’s Cross. It has a white cross on a blue background which represents the cross of Scotland’s patron saint, Saint Andrew.

8. There are more than 790 islands in Scotland; the most famous are the Orkney, Shetland and Hebrides islands.

9. Edinburgh is Scotland’s capital city but Glasgow is the largest city. Other major cities include Aberdeen and Dundee.

Scotland has three officially recognised languages: English, Scots and Scottish Gaelic. Only 1.1% of the population can speak Gaelic, however.

Scotland is well known for its mountainous region, the Scottish Highlands.

Most of Scotland’s major cities are located in the Scottish Lowlands.

Scotland’s most famous dish, haggis, is made with the heart, liver and lungs of a sheep, minced with onion, oatmeal, suet, spices, and salt and traditionally boiled in the animal’s stomach for approximately an hour! Famous Scottish poet Robert Burns wrote Address to a Haggis, a poem traditionally recited on Burns Night just before cutting into the haggis!

Scotland might be known for its whiskey but whiskey was in fact invented in China!

Lakes in Scotland are known as lochs. Probably the most famous of these is Loch Ness where the Loch Ness monster has been spotted (or has it?)...

The climate of Scotland is mild and wet in the west but colder and drier in the east. The Highlands have heavy snowfalls.

Spinning, weaving and knitting have been traditional industries of Scotland for many years, but more people in Scotland earn their living farming than from any other single industry.

The first international game of football took place between Scotland and England in 1872. The result was a 0-0 draw.

At the famous Highland Games, first celebrated in the 11th century, contestants show off their skills at hammer throw, caber toss and even haggis-hurling.

Scotland is home to some amazing inventors. Alexander Graham Bell, who invented the telephone, was born in Edinburgh. The biologist Alexander Fleming was also Scottish born. His discovery of penicillin saved millions of lives and earned him the Nobel Prize in Medicine in 1945.

Scotland is part of the United Kingdom, which also includes England, Wales and Northern Ireland.

Scotland is the most northerly country of the UK. It is joined to England on the south, the North Sea is to the east and the Atlantic Ocean to the west.

The Romans called Scotland Caledonia and conquered a large area of Scotland by 83AD, though they soon withdrew their troops and never reached so far north again.

Scotland gets its name from an Irish tribe, the Scoti or Scots. In about the 5th century AD, they crossed from Ireland to Argyll in Scotland and set up their own kingdom. By the 9th century Scotland was ruled by the Scots and the Picts; their territory later became the kingdom of Alba.

In 1314, at the battle of Bannockburn, Scotland defeated the English army and won independence. The Scottish army was led by Robert the Bruce, who was recognised as king by the English in 1328.

Scotland was an independent country up until the 15th century. The country merged to form Great Britain when James VI, the King of Scotland, also inherited the throne of England in 1603 after Elizabeth I died. But although England and Scotland had the same king, they had separate parliaments for another 100 years! Plans were eventually drawn up to unite the two kingdoms, who would be governed by one parliament, under one flag and called ‘Great Britain'. On 1 May 1707, under the Act of Union, the first parliament of Great Britain met.

In the 18th century, a group of people know as the Jacobites wanted to see a member of the Stuart family on the throne of Britain (instead of the new king, George I, who was German). The Jacobites supported James Stuart and then his son, Charles Edward Stuart (known as Bonnie Prince Charlie). On 16 April 1746 the Jacobite rebels fought the British army at Culloden Moor, near Inverness in Scotland. The Jacobites were defeated and many of the battle's survivors were executed, imprisoned or transported overseas. For near 40 years after the battle the British government banned the wearing of clan tartans and the playing of bagpipes.

In 1999 a process of "devolution" gave the Scottish people the power to make lots of their own decisions about government and the Scottish Parliament was established in Edinburgh.

Today Scotland is a self-governing part of the UK. The country has its own legal system, with different laws from the rest of the UK, as well as its own educational system.

On 18 September 2014, the Scottish people were asked in a referendum whether Scotland should be an independent country and they voted against by 55% to 45%.

Scotland is a country with much culture and tradition. It is famous for its bagpipes, kilts and Highland dancing to name but a few!

There are about 300 castles in Scotland, which equates to about one every 100 square miles.

Scotland prides itself as ‘the home of golf’ and the sport was first played there over 600 years ago.

Scotland’s capital city Edinburgh draws in the crowds year after year. In 1824, the city had the world’s first fire brigade. The Scottish capital houses one of the largest performing arts festivals in the world, the Edinburgh International Festival, which attracts over 300,000 people annually. The Royal Edinburgh Military Tattoo is hosted every August during the Edinburgh Festival. It’s a great way for visitors to enjoy a real taste of Scottish culture and hear some traditional bagpipe music!

Scotland is also home to some great literary talents. Two great writers of the Scottish language are Robert Burns (aka ‘Rabbie’ Burns) and Sir Walter Scott. They produced huge volumes of literature and poems and are still very well known today.

Make your own Scottish bagpiper or a handprint thistle

Design your own tartan online!

Gaelic4Parents.com offers games, stories, audio and much more to help you enjoy learning Gaelic, whatever your age or ability!

BBC Learning Scotland has some fantastic online games to help you explore different times in Scottish history: the prehistoric village of Skara Brae, the Romans in Scotland, the Vikings in Scotland, early monks' way of life in Scotland, the Scottish wars of independence, life in medieval Scotland during the reign of Mary Queen of Scots, the Jacobite rebellion, the Highland Clearances, Scotland in WWII and 1960s Scotland.

Explore the landscapes of Scotland in kids' online maps

A guide to "Nessie spotting"! 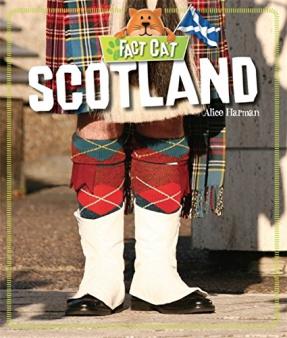 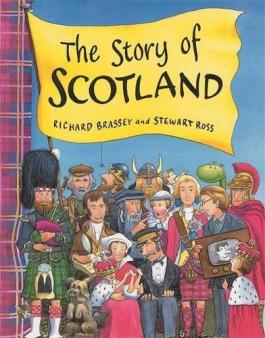 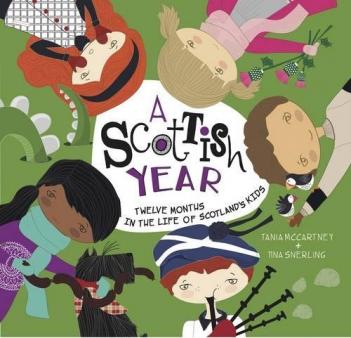 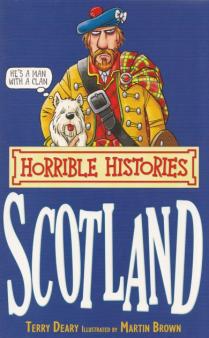 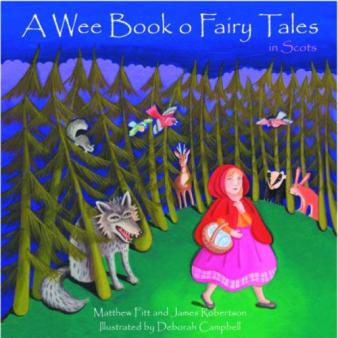 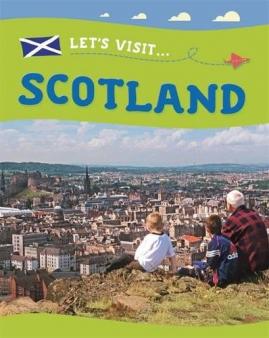 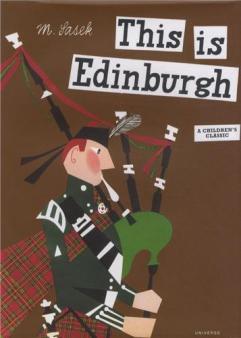 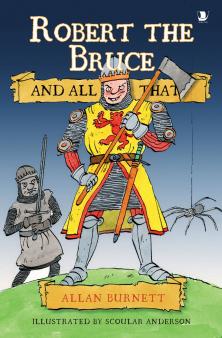 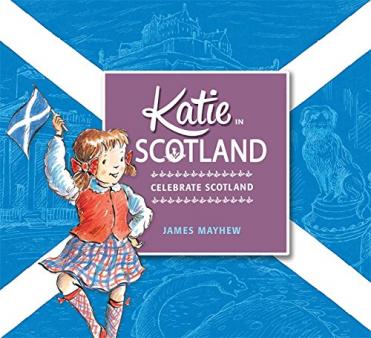 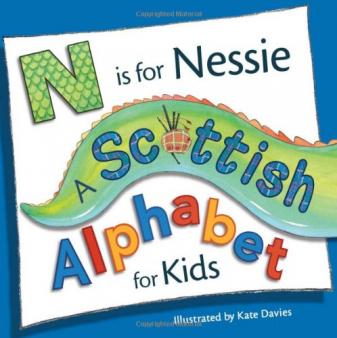 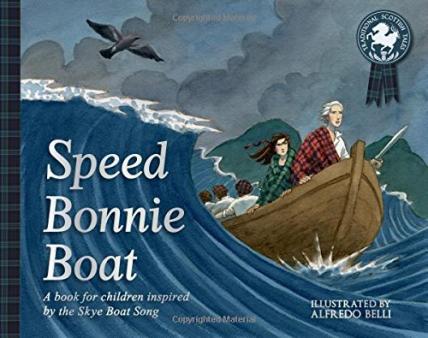 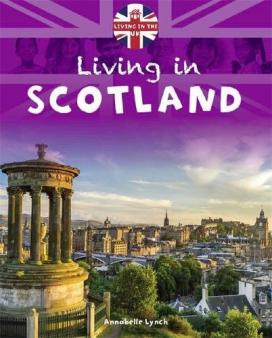 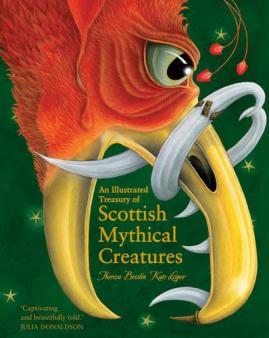 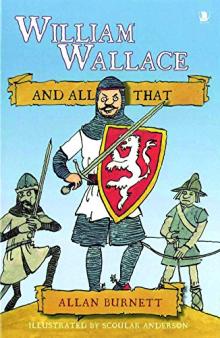 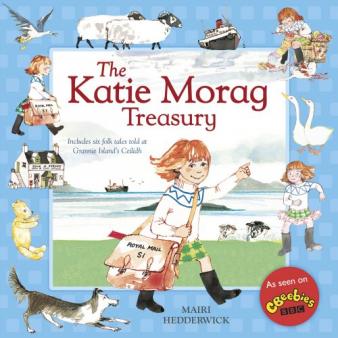 Some top-line facts and figures about Scotland

Watch BBC Bitesize animations about Scottish history and the Wars of Independence and find out more about the Battles of Stirling Bridge (1297) and Falkirk (1298), Rober the Bruce and the Battle of Bannockburn in 1314. There are Scottish history documentary clips to watch, too

Read about the history of Scotland

Find out all about the Saltire, the Scottish flag

Watch some short films about traditional Scottish food then try cooking your own: recipes for clootie dumpling, cock-a-leekie soup, cranachan, cullen skink and haggis are included in a free recipe eBook from VisitScotland

Watch an animated summary of citizenship and politics in Scotland, created by the BBC

Lots of instruments are used to make Scottish traditional music; you can also look at a map of musical Scotland and hear some tunes

Find out more about the Highland Games, where events include tug-o-war, caber toss, Highland dancing and clan celebrations

The Forth Bridge, which links Fife to Edinburgh is on the World Heritage List

The kilt is the traditional clothing of Scotland

Scotland's historic attractions and landmarks are introduced on the VisitScotland website

Some of the best family places to visit in Scotland

In Edinburgh the iconic Edinburgh Castle, the Palace of Holyroodhouse and the National Museum of Scotland (Scotland's most visited museum) are some of the most popular visitor attractions

Visit the Scottish Parliament in person, or learn about it online

See if you spot the country’s most mythical monster at Loch Ness?