Sweden is the largest country in Scandinavia (which also includes the countries of Denmark and Norway). It borders Norway to the west and the Baltic Sea to the east.

A nation of lakes, mountains, forests and islands, Sweden is a place of outstanding natural beauty.

The Swedish people (Swedes) are also known for their welfare state system, which uses money raised by taxes to offer people support throughout their lives.

1. Sweden's official name is Konungariket Sverige (Kingdom of Sweden). Sweden is a constitutional monarchy like the United Kingdom.

2. The population of Sweden is around 9.9 million people.

3. The largest city in the country is Stockholm, the capital, home to over 1.2 million people.

4. Swedish is the national language of Sweden, though there are also five official minority languages (including Sami, the language spoken by the indigenous people of northern Europe).

5. The currency is the Swedish krona.

7. Moose and elk are the national animals of Sweden. The Sami people who live in the far north of the country are famous for herding reindeer.

8. Christianity is the main religion in Sweden, but most Swedes are not religious.

9. About 15% of Swedish land lies north of the Arctic Circle. In the far north, there are 24 hours of daylight in the summer and 24 hours of darkness in the winter.

10. The Dala horse, carved from wood and often painted red, is a national symbol of Sweden.

Sweden is the fifth-largest country in Europe by landmass (after Russia, Ukraine, France and Spain).

Around 20% of the Swedish population is under the age of 18.

Denmark and Sweden are linked by the Øresund Bridge, the longest combined road and rail bridge in Europe. The Bridge opened on 1 July 2000.

Sweden has not been at war for 200 years! In both World War I and World War II the country remained neutral.

Mixing sweet and savoury tastes is common in Sweden. Meatballs are served with lingonberry jam, and fruit soups (served hot or cold) are also popular.

In Sweden people are allowed to hike through forests and fields and pick mushrooms and berries (lingonberries and blueberries grow in abundance).

A crayfish party (kräftskiva) is a traditional summer eating and drinking celebration in August. Boiled crayfish is served with boiled potato and dill.

A popular Swedish sport is Brännboll. It is similar to rounders or baseball.

Since 1989 every year the Icehotel, the world's first hotel made of ice and snow, is rebuilt in the Swedish village of Jukkasjärvi, north of the Arctic Circle.

The Scandinavian countries are among the most northerly in Europe, with long, cold winters. Around 55% of Sweden is covered by forests and crops can be grown on only 8% of land.

Large rivers and lakes can be found in Sweden (hydroelectric power, generated by water, is a big source of power), and the country includes several islands.

Sweden is an industralised country with one of the best standards of living in the world. Its beautiful scenery and cities attract a large number of tourists.

Swedish food is very distinctive. A smörgåsbord is a traditional Swedish buffet where diners can choose from a huge range of meat, fish, bread and jams. Local produce (known as husmanskost) such as pork, fish, berries, apples and vegetables is used for traditional recipes like Swedish meatballs, often served with a creamy sauce and a tangy lingonberry jam. The tradition of fika, drinking coffee and eating pastries with friends and family, is also very important.

Sweden has many traditional holidays to celebrate and many of these centre around food. For example, on 10 November Swedes celebrate St Martin's Day, a celebration of the goose when goose broth, goose-liver sausage, roasted goose and vegetables cooked in goose fat are served.

Lucia is another Swedish tradition, a candlelit procession on 13 December in which children dressed in white gowns sing together. Each year, Swedish towns and villages choose a local child to play the role of ‘Lucia’. The chosen girl wears a crown of lights or candles and leads the procession. There is a Lucia song, which all Swedes know the words to, and the sweet treat to eat is lussekatter, saffron-flavoured buns shaped like curled-up cats with raisin eyes.

In Sweden Christmas is celebrated on 24 December. Decorating the Christmas tree is a big part of the festivities, and the foods in the Christmas smörgåsbord include ham, herring, an egg and anchovy mixture (gubbröra), rye bread, potatoes and a special fish dish called lutfisk which most people don't like but always serve (a bit like Brussels sprouts in the UK!).

There are lots of famous Swedish brands (like IKEA and Skype) and Swedes (including Anders Celsius, who gave his name to the temperature scale, and Alfred Nobel, the founder of the Nobel Prize).

The Swedish pop group ABBA won the Eurovision Song Contest in 1974. One of the most famous music groups in the world, they had 18 number one hits; in the last few year they have become very popular again because of the Mamma Mia films which you might have seen!

Learn to make Prinsesstårta, a Swedish cake which is bright green and made with layers of custard, jam, marzipan and whipped cream. Yum!

Find out about the eight-year-old Swedish girl who found an ancient sword in a lake!

Can you say some essential Swedish phrases?

Best books about Sweden for children 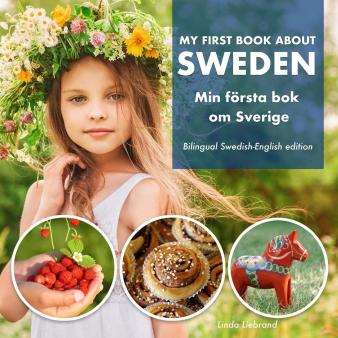 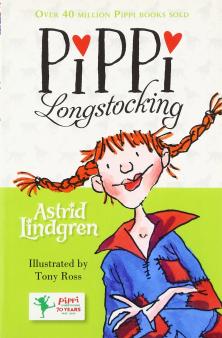 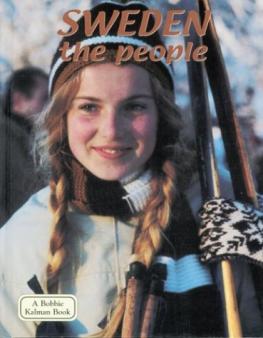 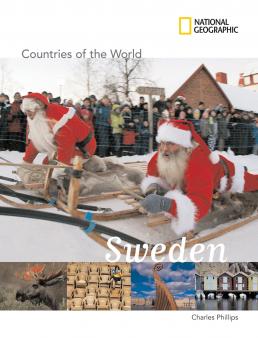 Facts and figures about Sweden on Kiddle

Read about primary school in Sweden

The Rough Guide to Sweden's sights and attractions