Portugal is a country in western Europe, situated on the Iberian Peninsula. To the west and the south, Portugal is bordered by the Atlantic Ocean; to the north and the east it shares a border with Spain.

The capital city is Lisbon and the official language is Portuguese.

Portugal has a long history of world exploration and discovery dating back to the 15th and 16th centuries, when the Portuguese Empire stretched from Brazil to parts of China.

1. An independent country since 1143, Portugal is one of the oldest countries in Europe.

5. Portugal joined the EU in 1986 and was one of the first countries to replace its national currency (the Portuguese Escudo) with the euro in 1999.

6. The rooster is the national animal of Portugal.

7. Christianity is the main religion in Portugal, a Roman Catholic country.

8. As well as the land on the European mainland, three groups of islands in the Atlantic Ocean are part of Portugal: the Azores, Madeira and the uninhabited Savage Isles.

9. Portuguese wine is world famous and known as port.

10. One of the best football players in the world, Cristiano Ronaldo, comes from the Portuguese island of Madeira.

Portugal is one of the sunniest countries in Europe, enjoying around 3000 hours of sunshine every year.

Portugal's national dish is salted cod, bacalhau. It is eaten in lots of different ways, for example with a cold chickpea salad or with cream and potatoes.

Portuguese is the official language of nine countries and spoken by almost 300 million people worldwide!

Over half the cork produced around the world comes from Portugal.

During the Napoleonic wars at the beginning of the 19th century, for 13 years the country's capital city wasn't actually in Portugal, it was Rio de Janeiro in Brazil.

Sardines are very popular in Portugal; there are lots of opportunities to eat them at festivals in the summer months.

The longest bridge in Europe, the Vasco da Gama Bridge, spans the river Tagus in Lisbon, is 17.2 kilometers long and carries six lanes of traffic.

Grapes are considered a sign of abundance in Portugal; on New Year's Eve it's traditional to eat 12 raisins, one by one, while making a wish for each month of the coming year.

In the town of Furnas on the volcanic island of São Miguel in the Portuguese Azores you can taste a unique meal: the cozido das Furnas is cooked underground (in pots) by the heat of hot springs!

Portugal is situated on the western side of the Iberian Peninsula and is crossed by three large rivers (the Minho River, the Douro River and the Tejo River) that divide the country into three parts and head out into the Atlantic Ocean. Portugal shares the Iberian Peninsula with Spain, which is about five times larger than Portugal.

Portugal's northern coast is rocky and cold, and the middle of the country is very mountainous. The south of the country, the Algarve region, is warm and fertile. Most of the population live in cities.

Portugal had one of the longest and largest of all the European colonial empires. In the 15th and 16th centuries, famous Portuguese explorers like Vasco da Gama and Ferdinand Magellan discovered lots of shipping and trading routes, which allowed Portugal to conquer territories in South America and Brazil, in Africa and in Asia. Beginning with the capture of Ceuta in Africa in 1415 and ending with the handover of Portuguese Macau to China in 1999, the Portuguese Empire lasted for 600 years.

Lisbon, Portugal's capital, is one of the oldest cities in Western Europe. In 1755 it was hit by a massive earthquake (one of the biggest earthquakes in history) and 85% of the city was destroyed! The first Marquês de Pombal used an innovative, grid-like architectural style (known as the 'Pombaline style') to reconstruct the city.

The most popular sport in Portugal is football. The national team are very successful and have often been finalists at the FIFA World Cup, as well as winning the European Football Championship in 2016. World-famous football player Cristiano Ronaldo was born on the Portuguese island of Madeira.

Surfing on the Atlantic waves is also incredibly popular, as it's said that weather conditions are good enough to surf in Portugal 364 days a year!

Learn the names of fruits and vegtables in seven languages, including Portuguese, with these free printables

Make your own paper model of the Belem Tower in Portugal

Practise the language with the BBC's free Portuguese lessons

Best books about Portugal for children 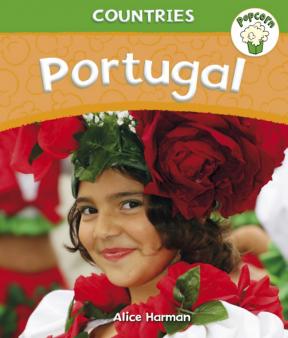 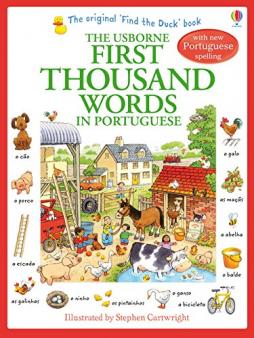 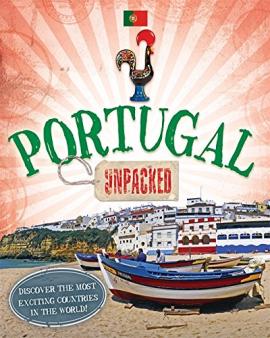 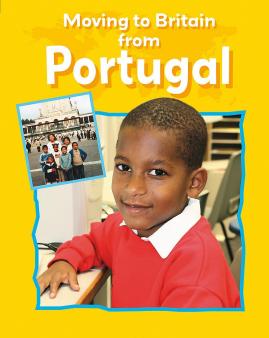 Facts and figures about Portugal on Kiddle

Read about the June festivals of Santos Populares

Find out about how Christmas is celebrated in Portugal, including a recipe for delicious Portuguese doughnuts, sonhos

The Rough Guide to Portugal's sights and attractions

The 15 best destinations to visit in Portugal, according to Culture Trip

Look through lots of photographs of Portugal