With its wide expanses of lush, green fields, it's clear to see why Ireland's nickname is the Emerald Isle!

Ireland is Europe's second-largest island after Great Britain. Ireland, which is also known as the Republic of Ireland, covers most of the island of the same name but one-sixth is Northern Ireland, which is actually part of the United Kingdom.

There are over 4.8 million people living in Ireland today and the Irish people love to sing, dance, tell stories and enjoy a Guinness or two!

1. The Irish name for Ireland is Éire.

3. A quarter of the Irish population lives in the country's capital, Dublin. Other cities in Ireland are Galway, Cork, Waterford and Limerick.

4. Ireland is known for its wide expanses of lush, green fields which is why its nickname is the Emerald |sle. In 2007, it rained for 40 days in a row! The western coast is also very windy.

5. The country has two official languages, Irish and English, however English is more commonly spoken.

6. Saint Patrick's Day is Ireland's official national holiday, celebrated on the 17 March. Any person born on St Patrick's Day in Ireland is considered to be very lucky!

8. The Irish currency is the euro.

9. The shamrock (a kind of clover) is the national symbol of Ireland.

10. During its history Ireland has sometimes been a very poor country and many Irish people decided to emigrate and move to other countries to find a better life. Around 80 million people worldwide are estimated to be descended from Irish people!

The Irish are big beer drinkers! On average they drink 131.1 litres of beer per person per year.

About 34 million Americans are part Irish – that's far more people than live in the country of Ireland!

The Irish like to sing! They have won the Eurovision Song Contest a record seven times, more than any other country.

We celebrate Halloween thanks to the old Gaelic festival of Samhain, a harvest festival held on 31 October, which marked the end of summer.

In Irish culture, fairies have magical powers and bring happiness and good things to families.

An Irish birthday tradition when children are little is to pick up a child, turn them over and bump their head gently on their birthday cake! The child's head is bumped once for each year they've lived and it's thought to bring good luck.

The highest number of leaves found on a shamrock clover was 14 (it's listed in the Guinness Book of World Records).

Many Irish names begin with 'Mac' which literally means 'son of'.

The oldest university in Ireland is Trinity College in Dublin. It was founded by Queen Elizabeth I.

In 2002 Ireland was one of the initial 12 European Union nations that began using the euro currency.

According to archaeologists, the first people to settle in Ireland were likely to have arrived around 6000 BC, but it was the Celts, who arrived around 700 BC and spoke the Gaelic language, who thrived on the island for nearly 2,000 years.

In the ninth century AD, the Vikings began to raid Ireland. They eventually established settlements that later became some of the country's main cities, including Ireland's capital, Dublin.

The Normans brought the English language to Ireland. In 1171, the Normans who had taken control of England invaded Ireland (led by King Henry II) and made it an English territory. King Henry VIII was the first English monarch to declare himself the King of Ireland, in 1541.

In the early 1600s, England's official religion became Protestant, while most Irish remained Roman Catholic. This would create tensions that would eventually lead to revolution and Ireland's independence.

In 1782 the Irish parliament declared its right to make laws independently of England.

The island of Ireland has 32 counties (states): 26 of these are in the Republic of Ireland and 6 are in Northern Ireland. In Ireland the head of the government or Prime Minister is known as the Taoiseach, which means "chieftain" or "leader" in Irish.

The majority of Irish citizens are Roman Catholic (in fact, the Republic of Ireland has one of the highest rates of people attending church in the western world). St Patrick was credited for bringing the religion of Christianity to Ireland. Even though he is the Irish patron saint, St Patrick was actually born in Britain, not Ireland!

In the past, Ireland has suffered periods of great deprivation and poverty. Between 1845 and 1850, 'The Great Potato Famine'  or 'The Great Hunger' caused around a million people to die of starvation when the potato crops failed for four years. Up to two million more people left Ireland in search of work and a better life for their families and emigrated to the USA and other countries.

Today, Ireland is one of the fastest growing economies in Europe and many key American companies like Google, Microsoft, Facebook, Paypal and Twitter have their European headquarters in Ireland.

The Irish like their food: Irish classics include soda bread and Irish stew!

Ireland has a rich and varied culture and is home to many famous writers and musicians. The world-wide famous pop group, U2, is one of Ireland's most successful musical exports; famous writers include Bram Stoker (author of Dracula), James Joyce and Eoin Colfer, author of the Artemis Fowl series. Story telling is a very important part of Irish culture and there is a rich folklore tradition in the country. According to Irish folklore, leprechauns are men who are small enough to fit on top of your shoulder. They're completely harmless and are believed to have buried many pots of gold throughout Ireland!

Nature and rural life is very important to the Irish people, and most of the nation's open spaces have been left relatively undisturbed but there are few wild animals in Ireland apart from foxes, rabbits and hares (and there are no snakes!). The Irish government has established six national parks and hundreds of heritage areas to try to protect the natural habitat.

Hurling and Gaelic football are traditional Irish sports and are still the most popular sports in Ireland.

Print out some Ireland-themed colouring pages

Make your own miniature Irish harp

How much do you know about the Irish language, Gaelic? Find out with a quiz!

Serve up a traditional Irish dinner

It's one of the easiest (and most delicious) breads to make: traditional Irish Soda Bread recipes

Have you heard any of these Irish sayings and proverbs?

Examine some Irish objects in a BBC interactive guide

Best books about Ireland for children 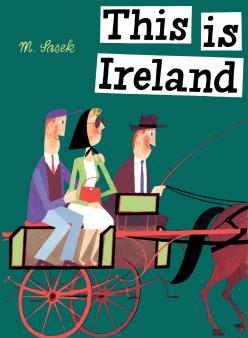 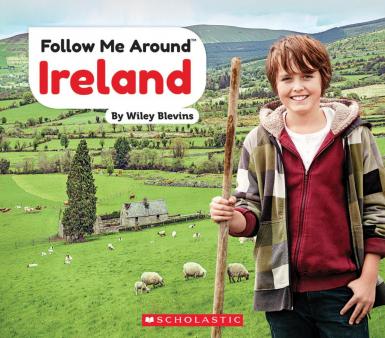 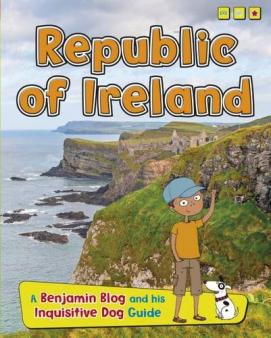 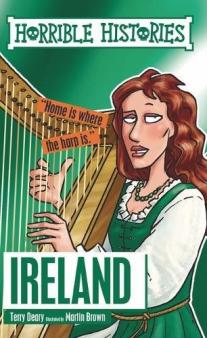 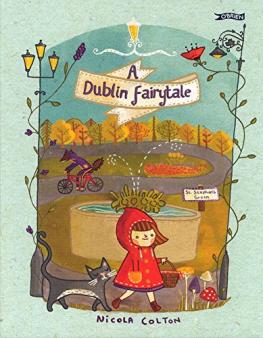 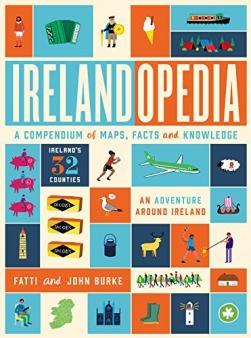 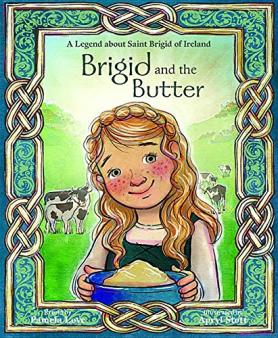 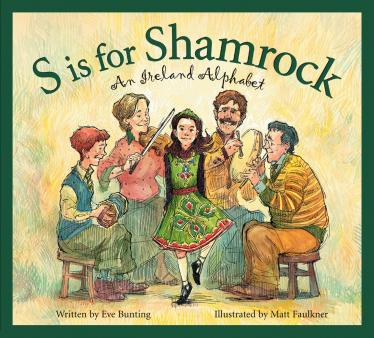 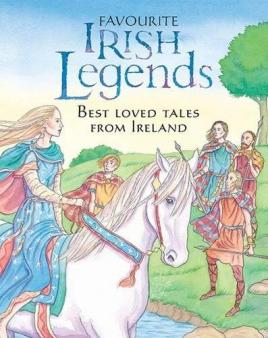 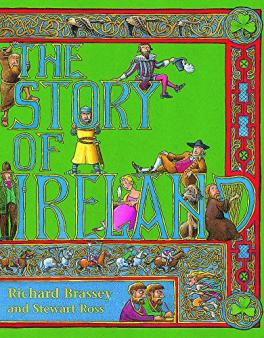 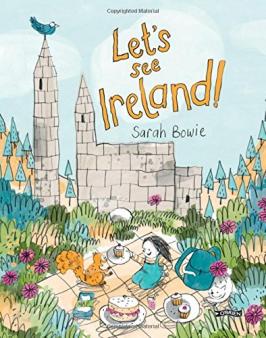 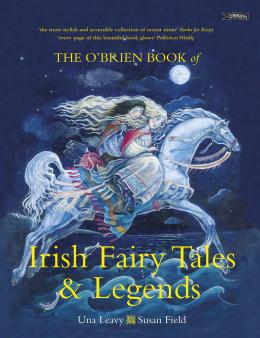 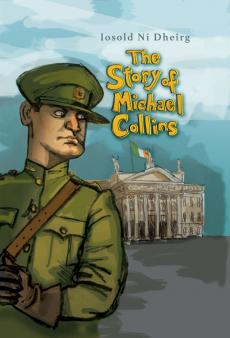 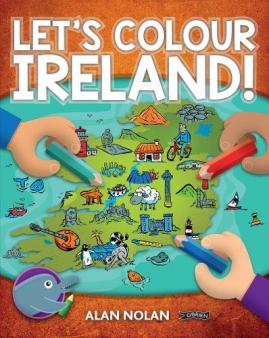 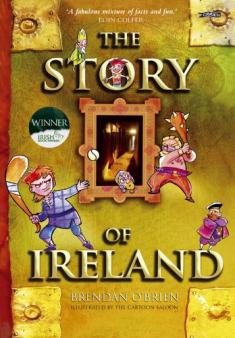 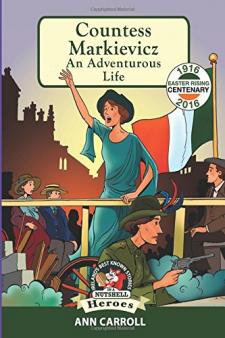 Discover the facts about Saint Patrick in a BBC Bitesize guide

The art of Irish dancing explained

Information about the Celtic language spoken in Ireland, known as Irish Gaelic, Irish, Gaeilge or Erse

Irish history for children: find out about the history of Ireland from prehistoric times to the present day

A guide to the Irish potato famine

How to kiss the Blarney Stone and gain the gift of eloquence (maybe!)

Newgrange (at Brú na Bóinne) is a prehistoric Irish passage tomb dating back to around 3,200BC (older than Stonehenge)

Find out about the most popular tourist destinations in Ireland