When scientists talk about dinosaurs they mean a special kind of creature that lived on land during the Triassic, Jurassic, or Cretaceous period, many millions of years ago.

A lot of people say "dinosaur" when they mean any prehistoric creature, such as sea creatures or pterodactyls.

The only dinosaurs we can know about are the ones that leave fossil remains, but fossilisation is an extremely rare process. We have lots of fossil evidence for the late Jurassic and late Cretaceous dinosaurs, but long stretches of geologic time, across various continents, remain unaccounted for. It would be surprising, though, if palaeontologists (scientists who explore prehistoric times) discovered an entirely new and unclassifiable type of dinosaur, since most dinosaur families have been well sorted out.

About three billion years ago the Earth was very different from the way it is today. The continents were not yet formed and the only living things were a few simple plants. Later, tiny boneless animals began to live in the sea. After millions of years these first animals developed into more complicated creatures with shells and skeletons. Eventually certain fish developed organs that meant they could leave the water and breathe on land. They were called amphibians. Some amphibians developed into huge reptiles called dinosaurs.

In the Triassic period, between 248 and 206 million years ago, most of the dinosaurs were meat eaters and preyed on each other.

The Jurassic period was next, 206-144 million years ago, when dinosaurs became the lead creatures on Earth. They survived and thrived because the Earth's environment was very perfect for them, there were lots of plants and lots to eat.

The Cretaceous period lasted from 146 to 127 million years ago. One of the most recognisable dinosaurs, the Tyrannosaurus Rex, lived during this period.

The dinosaurs ruled the Earth for over 165 million years during the Mesozoic Era, but mysteriously became extinct 65 million years ago. Paleontologists study their fossil remains to learn about the amazing prehistoric world of dinosaurs. The dinosaurs became extinct during a time of high volcanic and land plate activity. There are a lot of theories why the extinction occurred. The most widely accepted theory is that an asteroid impact caused huge changes to the climate on Earth and the dinosaurs simply couldn’t adapt and died out.

However, not all dinosaurs went extinct 65 million years ago. Turtles, lizards, snakes and crocodiles are all descended from dinosaurs. One group in particular survived, and we see their descendants every day. We call them birds. Paleontologists recognized this link over 125 years ago, and have been investigating it ever since. Discoveries have included shared skeletal features like hollow bones and hips that allow walking upright, and fossils of feathers and nesting grounds. New finds continue to fill in the bird family tree and shed light on ancient dinosaur behaviour.

The word dinosaur means "terrible lizard" in Greek. Lots of dinosaurs were named after Greek words which suited their personality or appearance. Some interesting ones are:

There were more than 700 different types of dinosaur. They are often classified as either meat-eaters (carnivores) like Tyrannosaurus Rex, or plant-eaters (herbivores) like Triceratops.

Dinosaurs all looked different. Some walked on two legs and others walked on four. Some were very fast like Velociraptor but some were slow and lumbering, like Ankylosaurus. Some had horns and spikes, or bumpy skin. But no one actually knows what colour or pattern dinosaurs were.

Asteroid - an irregularly shaped rock that orbits the Sun, occasionally falling to Earth.
Carnivore - an animal that eats other animals.
Continent - A continent is one of several very large landmasses on Earth.
Ecology - the scientific study of interactions among organisms and their environment
Environment - the natural world, or all the external factors influencing the life and activities of people, plants, and animals
Extinction - the gradual process by which a group of related organisms dies out
Fossil - the remains of an animal or plant preserved from an earlier era inside a rock or other geological deposit, often as an impression or in a petrified state
Geologic - the study of the structure of the Earth or another planet, especially its rocks, soil, and minerals, and its history and origins
Herbivores - an animal that feeds only or mainly on grass and other plants.
Palaeontologist - someone who studies life in prehistoric times by using fossil evidence
Prehistoric - the period before history was first recorded in writing
Pterodactyls - an extinct flying reptile with membranous wings and a tail and beak.
Species - a group of living organisms consisting of similar individuals capable of exchanging genes or interbreeding.
Toxic - relating to or containing a poison or toxin
Unclassifiable - not able to be assigned to a particular class or category.
Venomous - a poisonous fluid produced by an animal and injected into prey or attackers by a bite or sting.
Volcanic - relating to or originating from a volcano

Books about dinosaurs for children 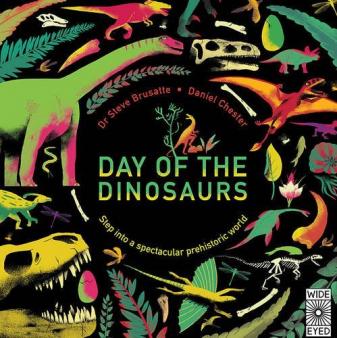 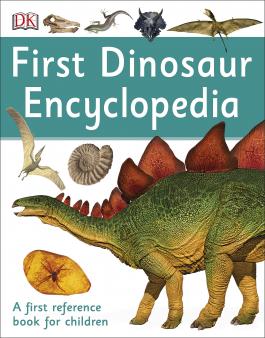 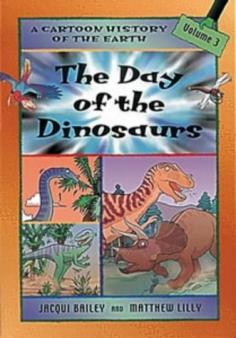 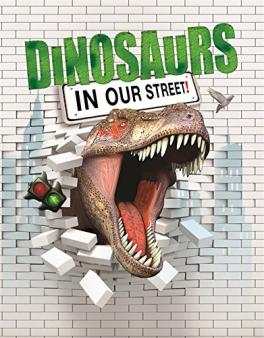 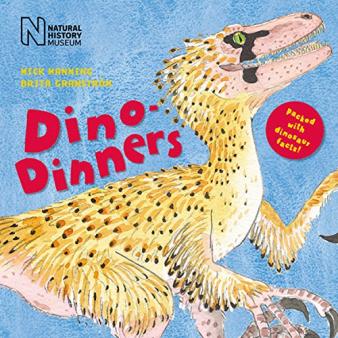 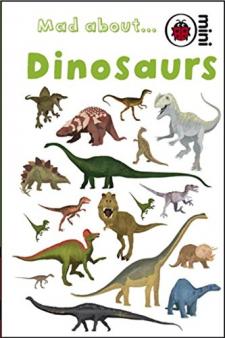 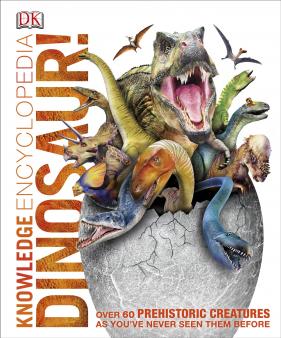 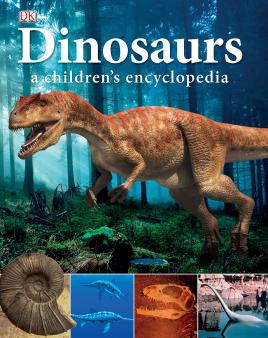 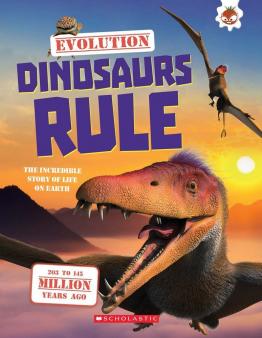 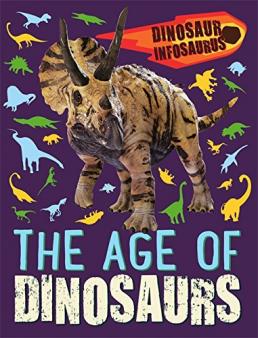 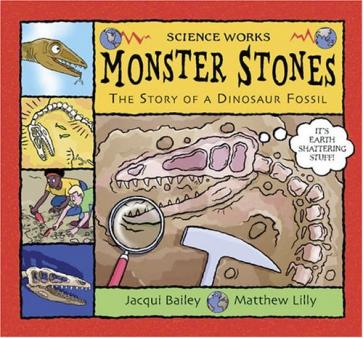 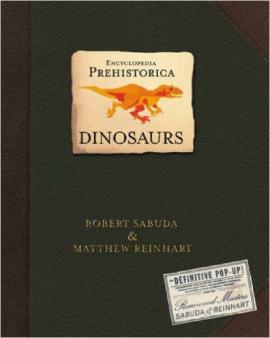 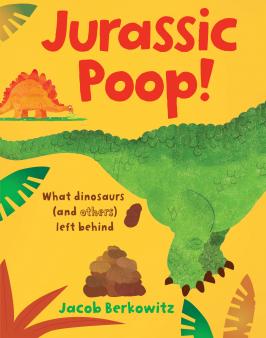 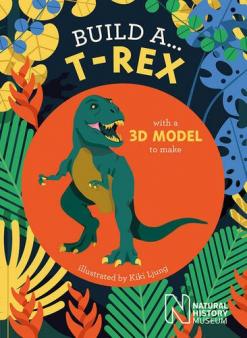 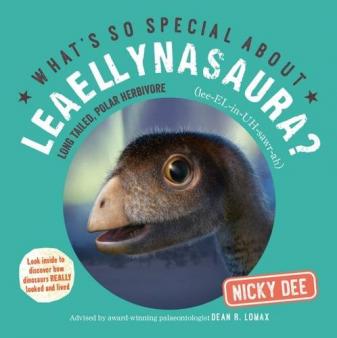 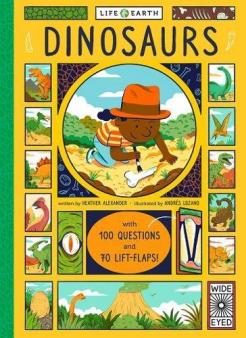 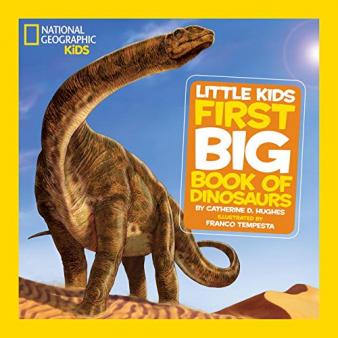 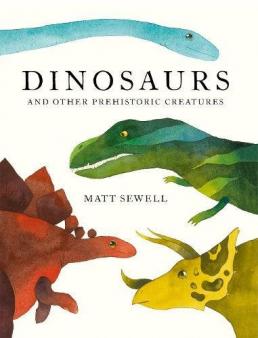 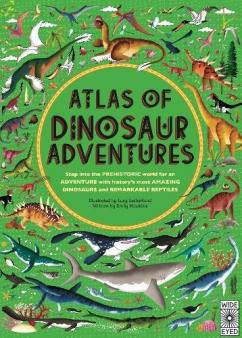 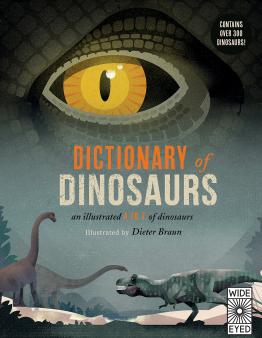 Find out more about dinosaurs