Talking to your child about politics

Every child is a future voter, so it's important that they learn about politics. Lucy Dimbylow takes a look at where to begin.
Login or Register to add to your saved resources

Politics is often considered to be ‘grown-ups’ business’ and not something that children need to be concerned about. But although your child may be years away from voting age, it’s never too soon to start cultivating their interest in how government and the law work.

‘We know that young people aged 18 to 24 who don’t vote say it’s because they weren’t taught about politics at school, and therefore don’t understand it, so it’s important that we begin to introduce children to politics at an early age,’ explains David Carr, teacher training development officer with the Houses of Parliament Education Service.

Why do children need to know about politics?

Teaching your child about politics isn’t just about making sure they vote once they’re able to. Politics governs everything we do in life, and is relevant even to young children. ‘Even in the first year of primary school, children will learn about concepts like fairness, sharing and equality,’ explains David. These may not seem overtly political, but they’re all part of living in a democracy.

Children often have lots of questions about politics, especially around election times when they see the posters in people’s windows and manifestos arriving on your doormat. Answering their questions about how local and central government works – rather than dismissing them as subjects that your child doesn’t need to know about – will help them become better informed.

An early awareness of politics can also help to awaken your child’s sense of social responsibility. Children naturally focus on the things that matter to them, but politics involves thinking about how they affect other people, too. Plus engaging with politics will help them develop their own opinions and learn how to defend them respectfully.

When should you start talking to your child about politics?

‘It’s difficult to set a firm age at which you should start introducing your child to concepts around politics and Parliament; it’s best to be led by their curiosity,’ David advises.

Unsurprisingly, the way you talk to your child about politics and the depth that you go into will change as they get older. When you’re talking to your five-year-old, for example, you probably won’t even mention the word ‘politics’, but are more likely to be explaining why it’s important to be kind, take turns and listen to what other people have to say.

By Key Stage 2, children may be interested in the ins and outs of how Parliament works, what the different political parties stand for and what the Government actually does, and talking about wider concepts like democracy and the rule of law. And by the time your child moves up to secondary school, citizenship is an important part of the curriculum.

How to help your child understand politics

It can be hard to know where to start with talking to your child about politics, but it’s not as difficult as it sounds. There’s a wealth of information and opportunities to help you initiate discussions, answer questions and fire your child’s enthusiasm.

Visit Parliament It’s a little-known fact that anyone – from individual families to school groups – can visit the Houses of Parliament free of charge while it’s in session. ‘We have a new Education Centre which welcomes over 100,000 children every year, and also subsidise travel costs for eligible schools from further afield,’ David says. ‘Seeing Parliament in action is the best way of finding out how it all works.’

Use Parliament resources If you can’t visit Parliament in person, you can make use of the Education Service’s resources. ‘We have regional officers who go into schools and run assemblies and workshops, and a loan box of props, materials and resources which we courier to schools who want to help their children learn about Parliament, for example by staging a mock election,’ David explains. ‘These are also available to home educators.’

There are also lots of Parliament resources online that you can use at home, including apps, games and videos.

Use real-life situations Talking about real-life situations that your child faces every day can be a springboard to political conversations. ‘Every classroom has its set of rules to make sure everyone knows what they’re doing and stays safe, and this is a good analogy for Parliament,’ David says. ‘Or you could use the example of your child’s pocket money and how they spend it to start a discussion about the country’s budget and how it’s allocated.’

Focus on relevant examples Some laws may seem way above your child’s level of understanding, but there are many examples of recent legislation that directly affect them – such as the law banning adults from smoking in cars when children are present, and the 5p carrier bag charge. Talking to them about how politics influences their everyday life helps make it seem more relevant and accessible.

Watch the news together Watching the news or reading a newspaper with your child can kick-start discussions about what’s happening in the world of politics. Depending on your child’s age, material developed especially for kids – such as CBBC’s Newsround and children’s newspaper First News – can be a safer bet than tackling the national news.

Get to know your local MP Local councillors and MPs are often very accessible, and looking at the issues they’re tackling in your area can help children understand the part politics plays in their community. They could even write to their local councillor about matters that affect them, like vandalism in play areas.

Go back in time History is packed with engaging stories about Parliament and politics, from Guy Fawkes to the suffragettes – and many of these tie in directly with the National Curriculum. Exploring topics like these will help your child see how Parliament has changed over the years.

Explore what democracy means The digital project Vital Voters is a way for under 18s to experience for themselves what a powerful force for change democracy can be. Find out about the past, present and future of democracy in Britain through content including animations and short films from the People's History Museum.

Encourage your child’s political presence Schools often provide opportunities for your child to get involved with the politics of school life. Joining a debating club or school council, or standing for House Captain in a school election, will give your child an insight into how democracy works. Children aged 11 to 18 can even stand for election to the UK Youth Parliament, while in Scotland, they can get involved with the Children’s Parliament.

Sign petitions ‘Children often feel very passionate about issues, and even though they’re not old enough to vote, they can influence decision-making by signing e-petitions to get support for the things that matter to them,’ says David.

Take your child to vote Taking your child to the polling station with you on election days will familiarise them with how the voting process actually works, and is a valuable opportunity to role-model political awareness.

Don’t push your own agenda If you have strong political views, it can be hard to resist influencing your child, but politics is all about every individual having the right to their own opinion, and to have their voice heard – so try not to lead them down a particular path.

Instead of saying things like, ‘Don’t you ever vote for XYZ party,’ keep discussions open and invite them to have their own say: ‘What do you think about what XYZ is doing about this issue?’ This will help your child develop their own opinions and, eventually, their own political voice.

Fiction and non-fiction books can help children of all ages develop an understanding of politics. These range from those that explore general concepts like justice and fairness – such as Charlie and Lola I would like actually to keep it by Lauren Child, and The Butter Battle by Dr Seuss – to books like How to be Prime Minister by Adam Hibbert, The Accidental Prime Minister by Tom McLaughlin and Potty Politics by Terry Deary. 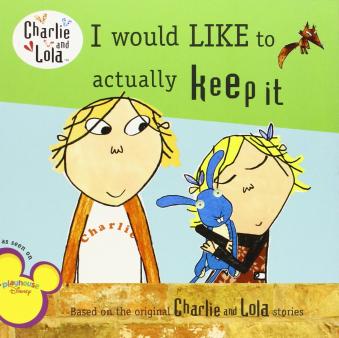 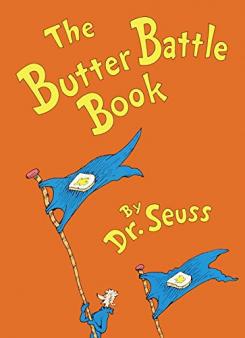 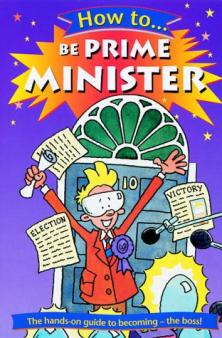 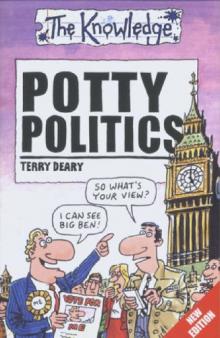 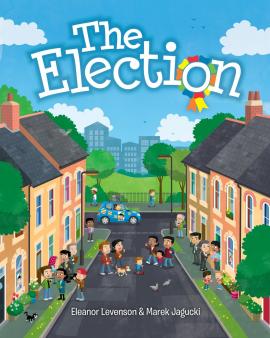 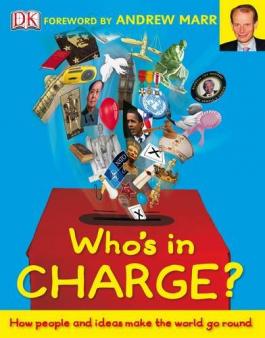 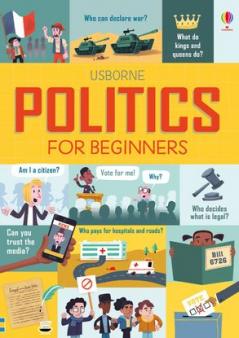 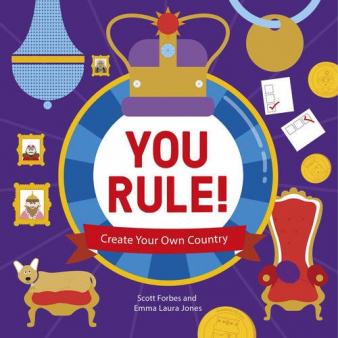 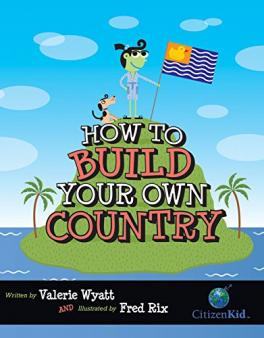 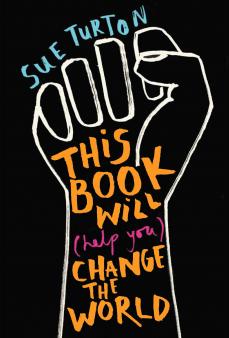 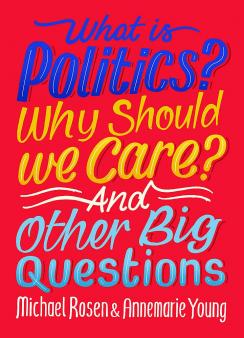 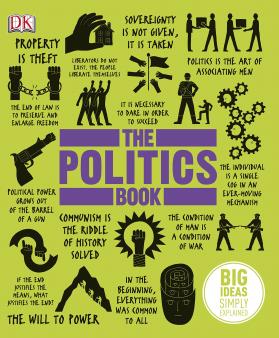 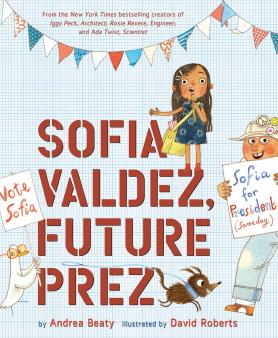 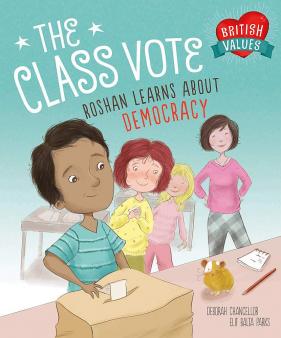 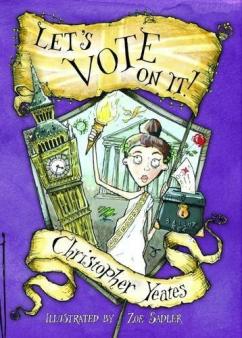 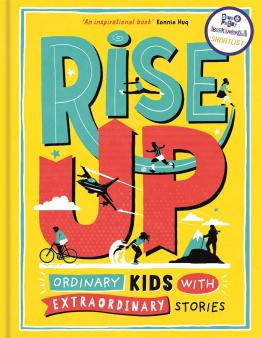