What are equivalent fractions and simplifying fractions?

What are equivalent fractions and simplifying fractions?

When two fractions are equivalent, this means they are the same in terms of shape and size, but are expressed using different numbers.

For example, these fractions are exactly the same, but because the larger shape is split into a different number of segments in each case, the fraction is expressed in a different way: 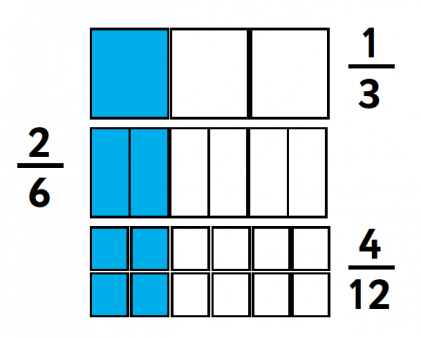 Fractions equivalency in KS1 and KS2

Children first learn about halving and quartering a shape in Key Stage 1.

In Year 3 they are introduced to the concept of equivalence, where they are shown different shapes like the ones above and asked to write them as fractions.

Children continue to practise equivalent fractions in Year 4 (such as 6/8 and 3/4 or 7/10 and 70/100) and it is expected that they will still need diagrams to make this clear to them at this stage.

In Year 5, children are expected to find equivalent fractions without the use of diagrams. At this stage, they would learn that whatever the numerator is multiplied by the denominator must also be multiplied by the same number, for example: 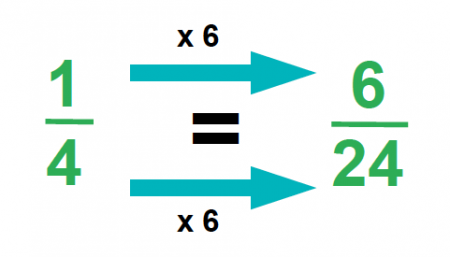 Children in Year 5 also need to relate fractions to their decimal representations (for example, they would need to know that 10/100 is 0.1 and 3/6 is equivalent to 0.5).

In Year 5, children would also need to order a set of fractions that had different denominators. For example:

One way of doing this would be to change all the denominators so that they were the same. This would mean multiplying the numerator and the denominator by the same number.

In Year 6, children need to use their knowledge of equivalent fractions to simplify fractions.

Simplifying a fraction means finding an equivalent fraction where the numbers are reduced as much as possible. 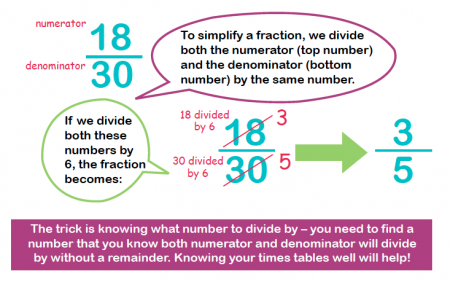