What are myths and legends?

Myths and legends are taught as part of the primary-school curriculum; as well as reading them your child will probably write their own version. We explain what parents need to know to support learning at home.
Login or Register to add to your saved resources

What is a myth?

A myth is a traditional, ancient story that is fictional. Myths were often written to explain natural phenomena and quite often involved gods and fantasy creatures.

What is a legend?

A legend is a story which takes place within human history. Legends are widely believed to be rooted in the truth, but will have evolved over time and taken on fictional elements.

Children will usually study at least one of the following historical periods during their time at primary school: Ancient Greece, the Romans or Ancient Egypt. These are some of the myths and legends they may come across within each topic:

Persephone and the Pomegranate Seeds

Theseus and the Minotaur

A king keeps a Minotaur (half bull, half man) at the centre of a maze. He has to feed the Minotaur humans in order to keep it happy. Theseus bravely agrees to go and kill the Minotaur. He manages this, but then he betrays the woman who helped him, Ariadne. As he arrives home, he forgets to put a white sail up to show his father he is still alive. His father assumes the worst and kills himself.

A woman named Arachne is an accomplished spinner. She boasts that she is better than the gods at spinning. The goddess Athena, challenges her to a spinning competition. Arachne spins a tapestry depicting the gods getting drunk and looking silly. As a punishment, Athena turns Arachne into a spider. This myth is supposed to explain where spiders come from.

This legend explains the story of Rhea, who gave birth to two twins, Romulus and Remus. The gods intended to harm her sons, so she set them adrift in the river. A she-wolf found them and brought them up. As adults, they decided they wanted to become kings. They built a city but quarrelled about how it should be run. Romulus picked up a rock and killed his brother so that he could get to rule the city himself. He called the city Rome.

Osiris was believed to be the king of Egypt and had a wife called Isis and a son called Horus. He is usurped by his brother Seth, who kills him by tricking him to get into a casket, which he seals and then throws into the river Nile. Isis recovers her husband's body, at which point Seth flies into a rage and chops it into pieces, so that Osiris cannot travel to the Afterlife. Finally, Horus overcomes Seth and manages to rule Egypt. This myth was sometimes used to explain why the banks of the Nile would flood – this was believed to be caused by the tears Isis cried on learning about her husband's death.

When children are taught a myth or legend, they will usually be read an illustrated version of the story that is written for their age-group and therefore is likely to engage them. They will carry out a number of activities to deepen their understanding of the text, for example:

Once teachers feel that the text has been thoroughly explored, they will guide the children in writing their own version of the myth. This involves planning the story, brainstorming characters and setting and then writing a draft of the story. If the story they have studied involves a hero and a mythical beast (like 'Theseus and the Minotaur') teachers will usually encourage children to follow this formula for their story, but change it according to their imagination, for example: their hero may be a girl and their mythical beast may be half-fish, half-man and live in the sea.

All the time, teachers will encourage children to use as much description in their stories as possible. They may be shown sections from the original myth they read and asked to think about how the writing is effective (for example: use of similes, use of adverbs) and then consider how they can write their story in a similar way.

Myths and legends: best books to read at home 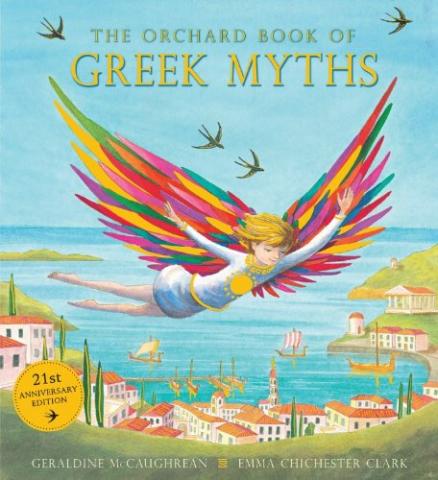 The Orchard Book of Greek Myths by Geraldine McCaughrean

The 21st birthday edition of a classic collection, packed with colour illustrations. 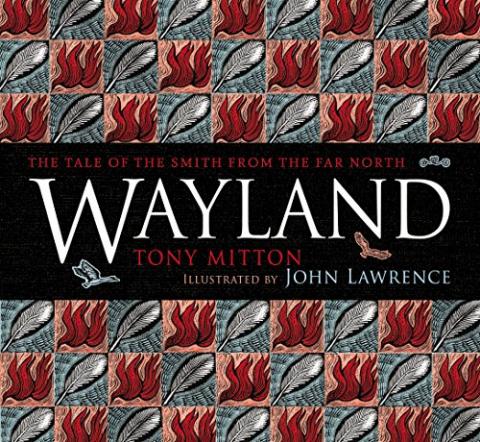 Wayland: The Tale of the Smith from the Far North by Tony Mitton

A little-known Northern legend that came to Britain with the Vikings, retold by award-winning poet Tony Mitton. 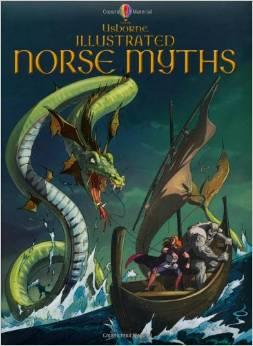 A collection of Viking myths including Odin's quest for wisdom, the battles of Thor thunder god and tales of Sigurd the Dragonslayer. 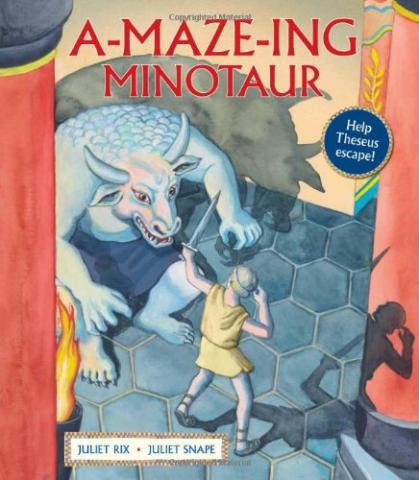 Follow Theseus on his quest through the Labyrinth, where the Minotaur is lurking... Can you help Theseus escape? 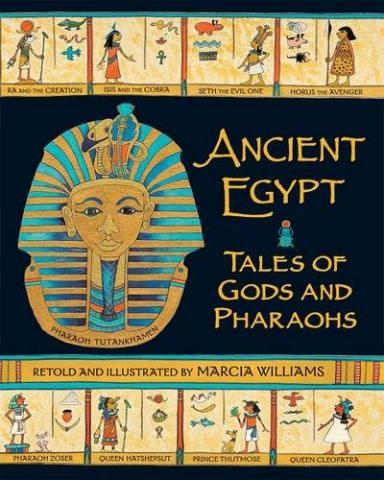 Ancient Egypt: Tales of Gods and Pharaohs by Marcia Williams

Myths and history are presented in comic-book style, including the creation myth, the curse of Tutankhamen and the fall of Cleopatra. 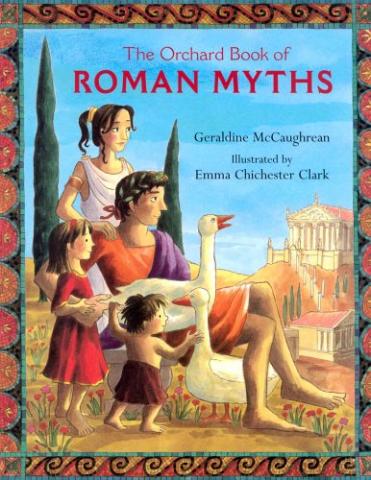 The Orchard Book of Roman Myths by Geraldine McCaughrean

All the classic Roman myths are included, from the birth of Venus to the founding of Rome, as well as stories of the Roman gods and goddesses. 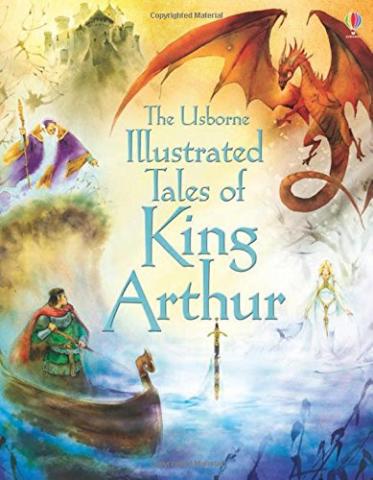 The Usborne Illustrated Tales of King Arthur by Sarah Cortauld

A retelling of the legends of King Arthur and his Knights of the Round Table, from the sword in the stone to the last battle. 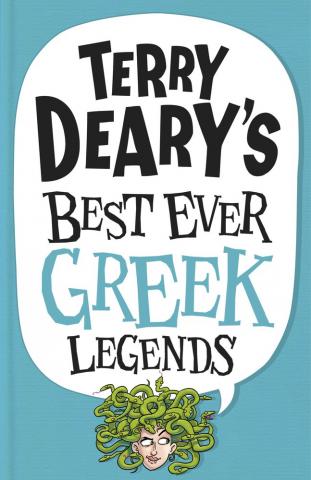 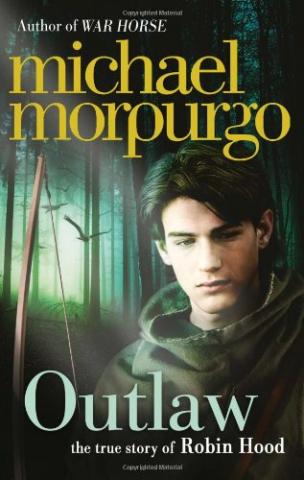 A gripping re-imagining of the legendary English hero Robin Hood for children, written by the author of War Horse. 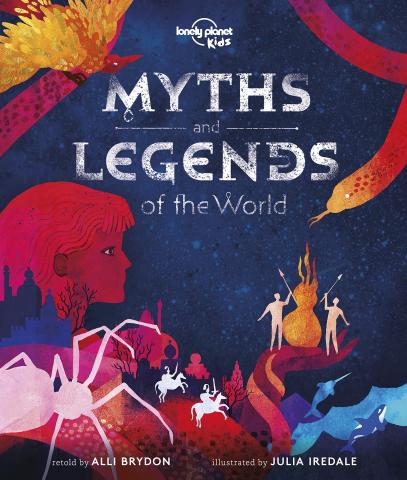 Myths and legends of the world by Alli Brydon

A bold, colourful collections of myths and legends from Africa, Europe, Asia, Oceania, the Americas and the Arctic.. 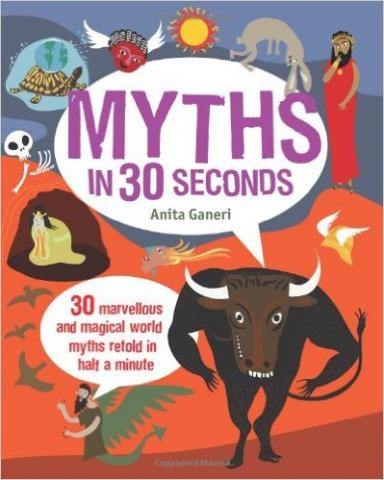 Myths in 30 seconds by Anita Ganeri

Quick-read retellings of 30 classic myths, plus facts and mini-quests to complete, make this a great introduction to the world of myths. 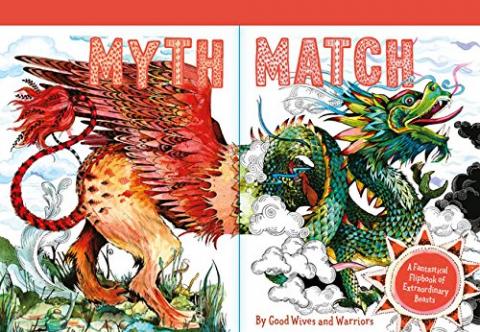 A magical bestiary with a difference: this beautiful flipbook presents mythical creatures from all over the world, then lets you mix and match their fronts and backs to create your own wondrous beasts.