Help your child learn about decimals and how to use them and calculate with them with these brilliant learning apps.
Login or Register to add to your saved resources 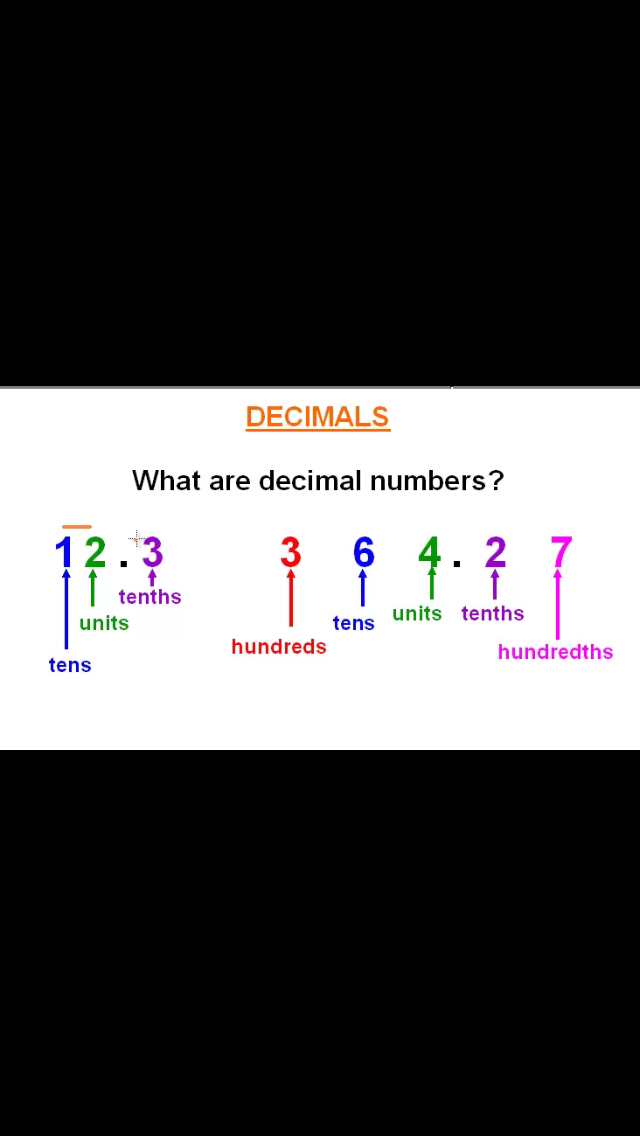 Decimals can be a tricky concept to explain, but this app manages to put it into plain English, with both spoken and written explanations to help your child learn how decimals work.

Each topic has a series of lessons to explain the concept to your child, with a quiz at the end to test their new-found knowledge. 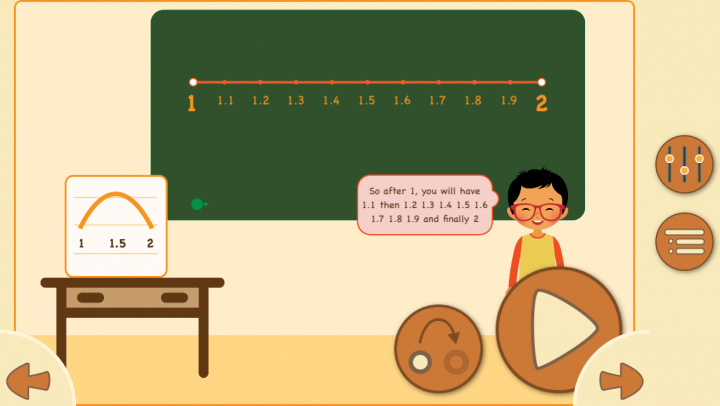 Some apps require your child to have an existing knowledge of what decimals are and how they work. Decimals and Fractions is different in that it teaches your child about decimals, starting with the basics and progressing as their knowledge grows.

Set out like a digital exercise book, the app has tutorials with simple step-by-step instructions and clearly explained tasks. It begins by teaching your child how we create decimals and how they fit onto a number line, and moves on to show them how to add and subtract them and how they relate to fractions.

There are 32 different lessons (which your child can repeat as many times as they like), and five tests, so you can track their progress and identify areas where they might need more practice.

Best for supporting the National Curriculum 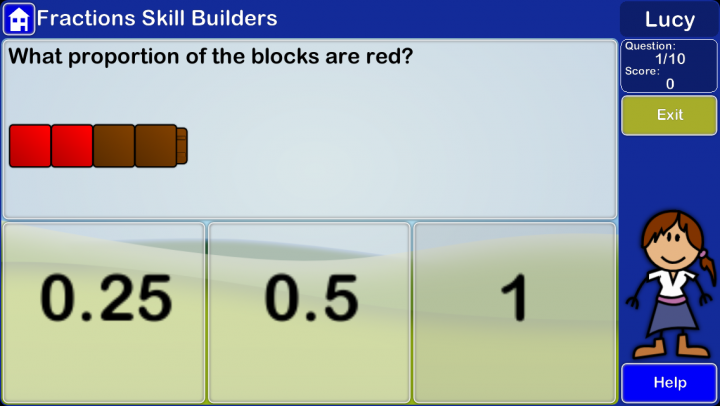 This app, developed to align to the National Curriculum, scores points for its clear illustrations and plain English instructions, which make it easy and intuitive for kids to use.

It covers a variety of decimals topics including adding and subtracting decimals, decimals in measurements and converting between fractions and decimals. Each key skill has a number of quizzes to tackle, using learning aids that will be familiar to children, including Multilink-style cubes, marbles and fruit. There are also word problems to solve: an important skill for primary school kids.

There’s a comprehensive progress chart to show what your child has achieved and where they need to practise, and the more levels they complete, the more they unlock. The app also gives a good grounding in fractions and percentages. 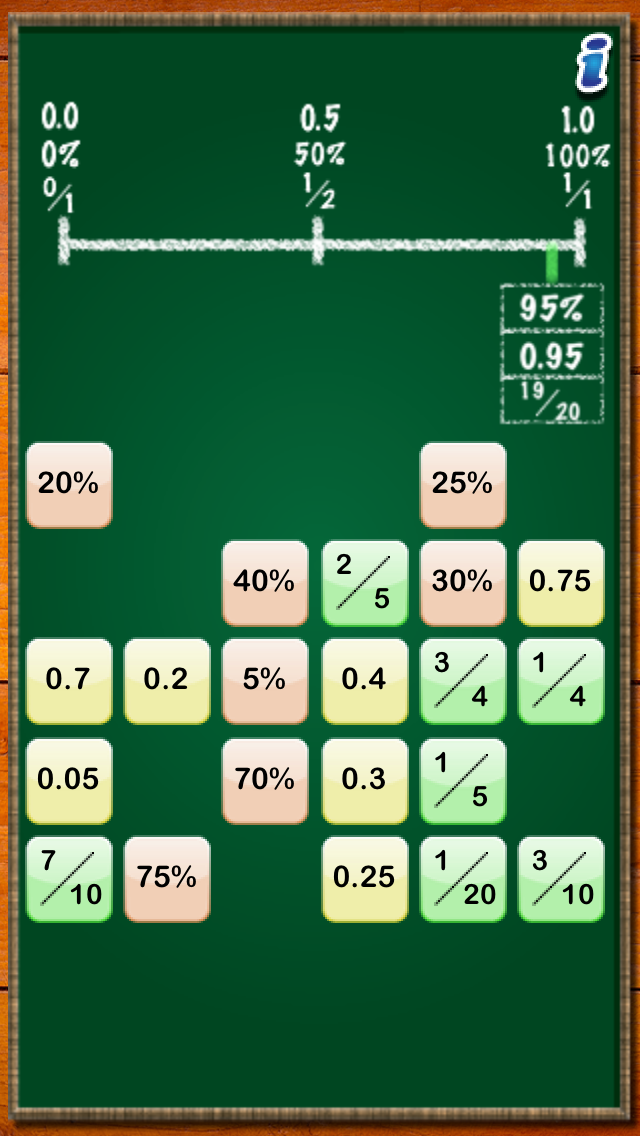 A key maths skill for children in KS2 is mastering equivalents: that is, knowing that 50% is the same as 0.5 and 5/10. This simple but effective app, devised by maths educators, is a good way to help them practise.

Your child is presented with a series of tiles showing decimals, percentages and fractions, and has to sort them into matching groups to clear the board. They’re given a number line, 100 grid or pie chart to help them work out their answers. At the end of each round, the app tells them how many problems they got right and their time, so they can try to beat their previous scores.

The app has three levels of difficulty to challenge your child as they progress, and a useful parents’ section with a clear and comprehensive guide to the maths concepts in the game.

Best for understanding how fractions and decimals relate 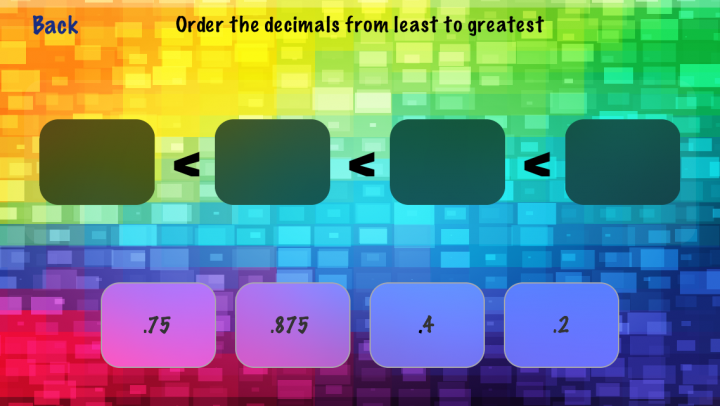 The ordering activities involve your child putting a selection of decimals into ascending order, helping them get to grips with how decimals work. There are also matching tasks, where your child has to choose the decimal that is equal to the given fraction, or match pairs of decimals and fractions to clear the board.

One small snag is that in this app, decimals of less than 1 are written without the 0 (so .5 rather than 0.5): be sure to remind your child that when they’re working with decimals at school, the 0 must be included.

Best for a challenge 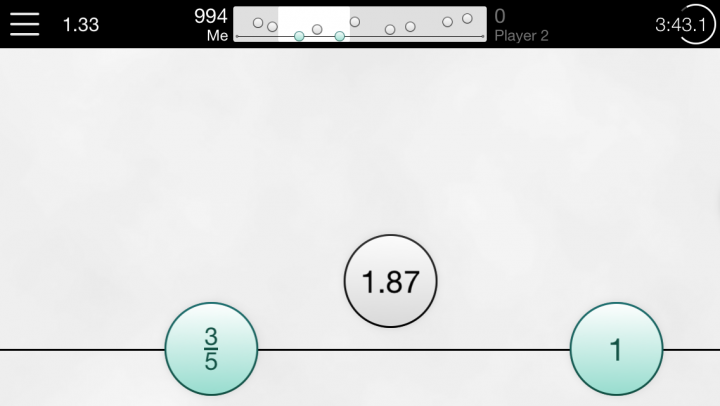 This fiendishly difficult game involves dragging a selection of fractions and decimals into the right places on a number line. It might sound simple, but with complicated numbers like 13/7 and 0.79, it’s a real test of your child’s understanding of decimals and what they mean.

Your child plays against the clock, with points added for every correct placement on the number line, and deducted for every number they put in the wrong place. They can then compare their scores with others around the world.

With multiple levels of difficulty and the option of playing with just fractions and decimals, or fractions, decimals and percentages, this is a great app for developing the kind of quick thinking that kids need if they’re sitting the 11+. 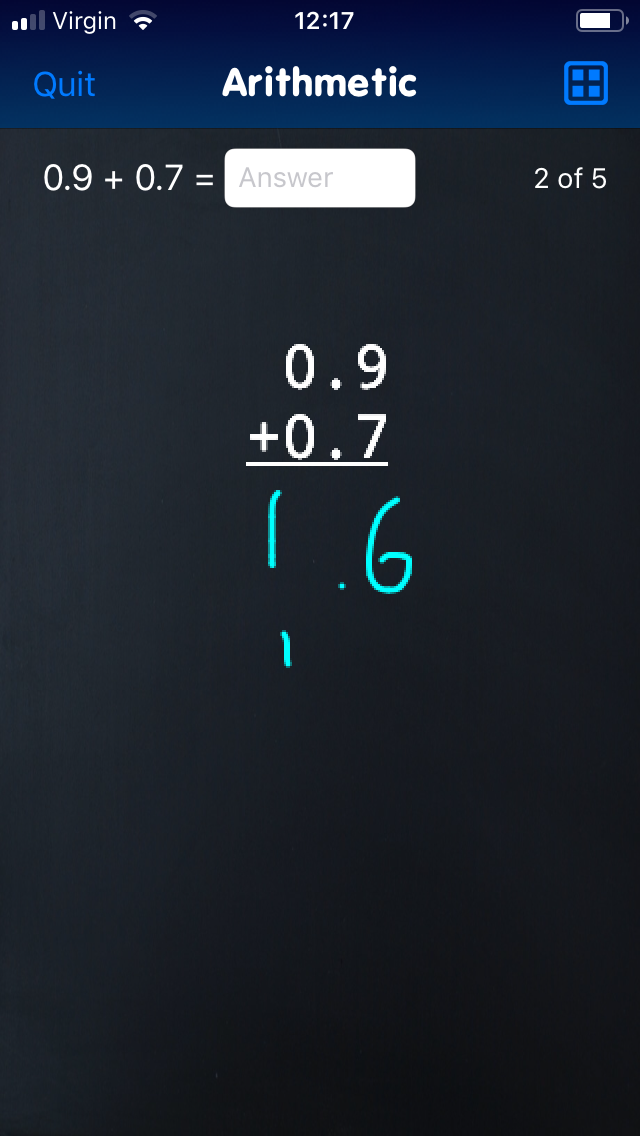 If you’re looking for an app that will help your child practise a whole range of decimals problem, this is a great place to start.

Through a series of quizzes, your child can test their knowledge of adding, subtracting, multiplying and dividing decimals, inequalities, converting decimals to percentages, and place value. You can choose how many problems to challenge your child with, from five to 30. There’s also a handy notepad feature for their workings.

The app adjusts itself to the right level of difficulty, based on your child’s previous results, or they can choose a level for themselves to keep them challenged and engaged.