Help your child get to grips with spelling with our round-up of the best spelling apps for primary-school kids.
Login or Register to add to your saved resources 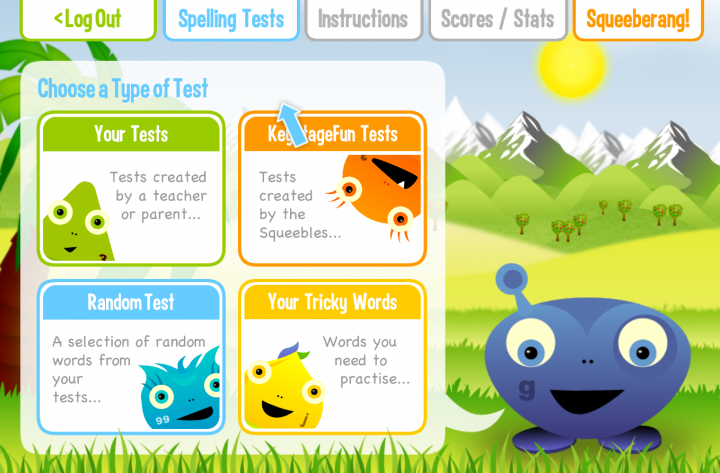 This app lets you create spelling tests with your choice of words: great for practising weekly spellings. You can record the words in your own voice, and choose how long your child gets to study them before attempting to spell them.

You can set up different profiles so you can test each child on their own words.

Your child earns stars and cute creatures (Squeebles) for getting words right. They can then use these to play Squeeberang!, a boomerang game where they can compete against siblings or friends, or try to beat their own highest score.

You can also download a range of ready-made tests tailored to your child’s age and stage, such as high frequency words and tricky words for confident readers. 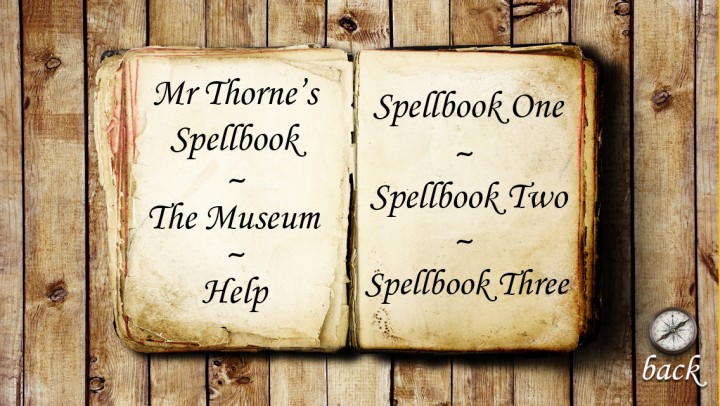 Teacher Mr Thorne has become a YouTube sensation with his educational phonics videos. His Spellbook app has 101 spelling tests based on the order in which children learn phonics sounds, starting with words beginning with s, a, t, i, n, p and leading onto two- and three-letter sounds.

In each spelling test, your child listens to the word and then has to type it in correctly. Some tests also include tricky high frequency words with irregular spellings.

Getting 10/10 on a spelling test unlocks the safe and reveals a hidden treasure. Can your child collect all 101 artefacts and fill the empty shelves of the museum?

Best for competing with school friends 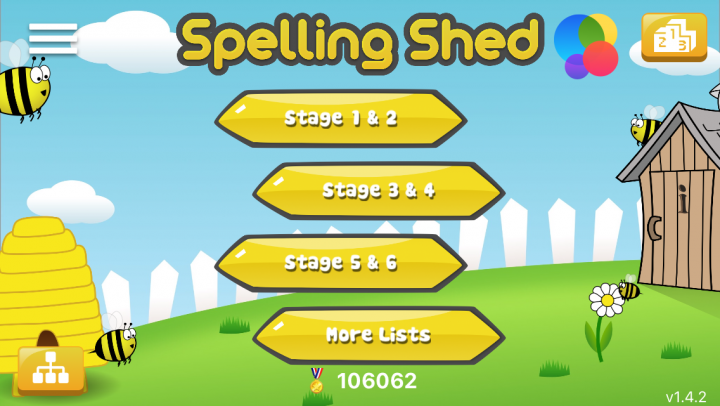 A popular app in schools, Spelling Shed is also great for practising spellings at home. Words are divided into three categories: stage one and two; stage three and four; and stage five and six.

The word appears on screen and is spoken, and when your child has studied it, they click OK and then try to write it from memory by clicking on the right letters. Children score points for each correct word, which they can add to their school leaderboard.

Within each category you can choose an easy, medium or hard level. Easy means that only the letters that appear in the word are provided; medium includes a few extra letters as decoys, and hard features a wider choice of letters to pick from.

The app is colourful and clear, featuring over 2000 National Curriculum words and a dyslexia-friendly font. You can also add your own spelling lists. 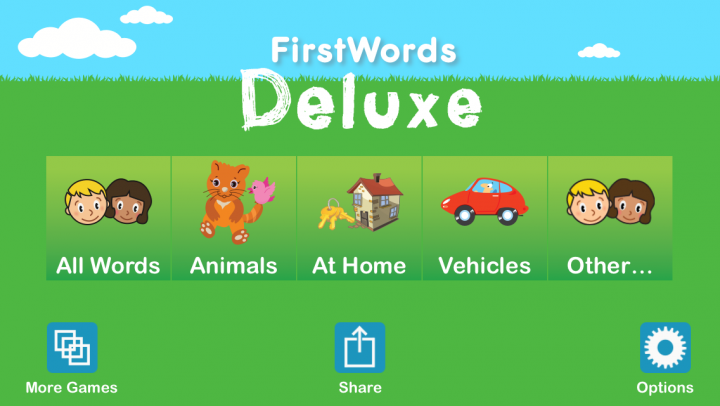 Ideal for children who are just beginning to master letter sounds, First Words Deluxe teaches them to spell over 150 words in four categories: animals, at home, vehicles and other words. Many of these are short CVC (consonant, vowel, consonant) words of the type they’ll learn in pre-school or Reception, like ‘bee’ and ‘jet.’

Each word, with a corresponding picture, appears on screen and is read aloud. Your child then needs to drag the letters below into the right places. Once they’re all in place, they’re rewarded with a short animation.

You can opt whether the voiceover refers to letters by their name or their phonics sound. You can also specify the minimum and maximum length of words your child can play with, and whether they appear in length order or randomly.

Best for challenging your child 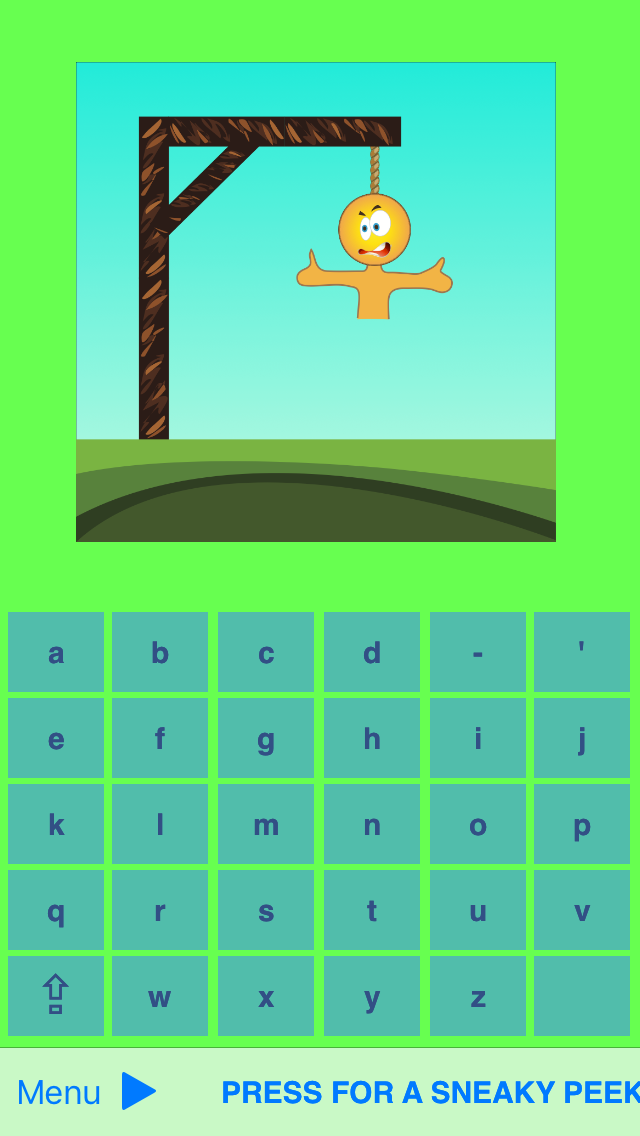 Make learning weekly spellings fun with this new take on an old favourite game. You can enter your child’s list of spellings, with the option to record them in your voice as well.

The app then gives your child a word to spell; you can choose whether they see it first, or whether it’s just read out. Your child then picks a letter – and if it’s not in the word, a piece of the gallows or hangman appears. As a tricky twist, they have to choose the letters in the correct order, too.

Can they beat the hangman and complete the word? 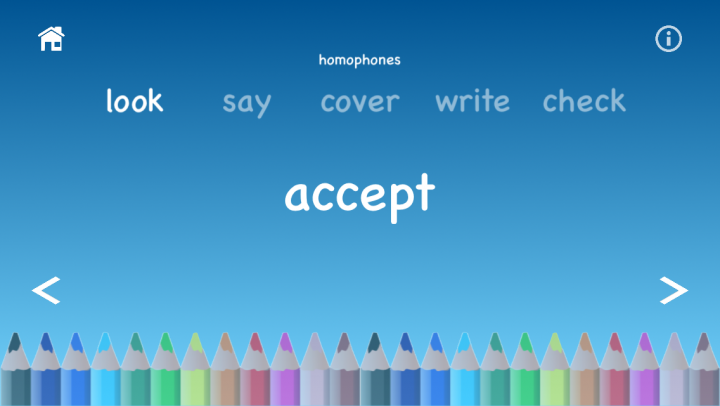 This app uses the ‘look – say – cover – write – check’ method used in many primary schools. Each word appears on screen and is spoken aloud; when your child has had a chance to study it, they can cover it up and write it from memory before checking their answer.

Words are divided into six sets that increase in difficulty and replicate the sort of tests often set by schools: for example, ‘ai’ and ‘ay’ words (Set 1), suffixes and prefixes (Set 3) and homophones and silent letters (Set 6). You can also create your own lists of your child’s spellings.

The downside is that there are no rewards or incentives for getting spellings right, but if you’re looking for an app that closely follows the National Curriculum, Spelling Whizz does the trick. 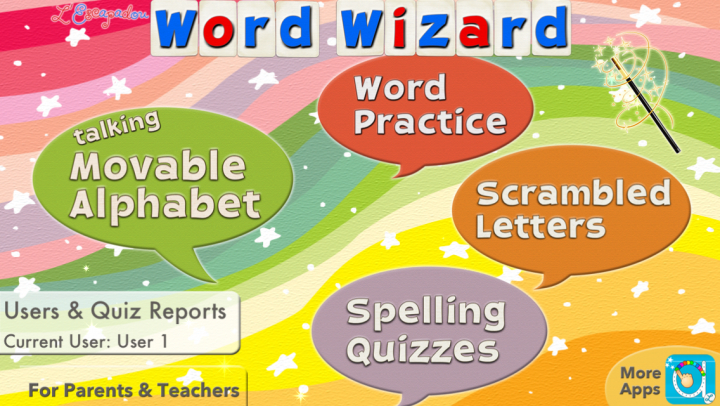 Word Wizard has three different ways for children to learn spellings: Word Practice, where a word appears on screen for them to copy by dragging and dropping letters; Scrambled Letters, where they have to arrange a jumble of letters into a word; and Spelling Quiz, where they need to spell words that are read aloud.

There’s also a Talking Movable Alphabet function, where kids can experiment with writing their own words and sentences.

There’s a range of built-in lists, covering everything from common words to food, sports and nature, and you can add your own lists to test your child on their spellings.

This is an American app, but you can change to British English in the settings. 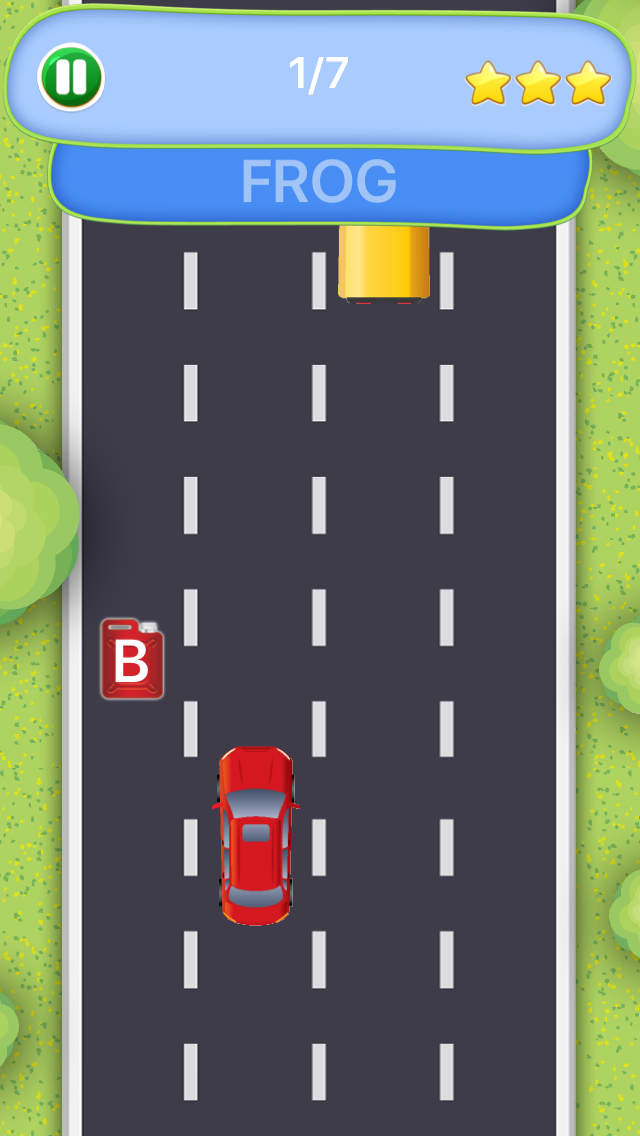 If your child is mad about computer games, this will help them master their spellings without even realising.

You input lists of words for your child to spell, then they can choose from seven different games, each with its own friendly monster, to practise their spellings. 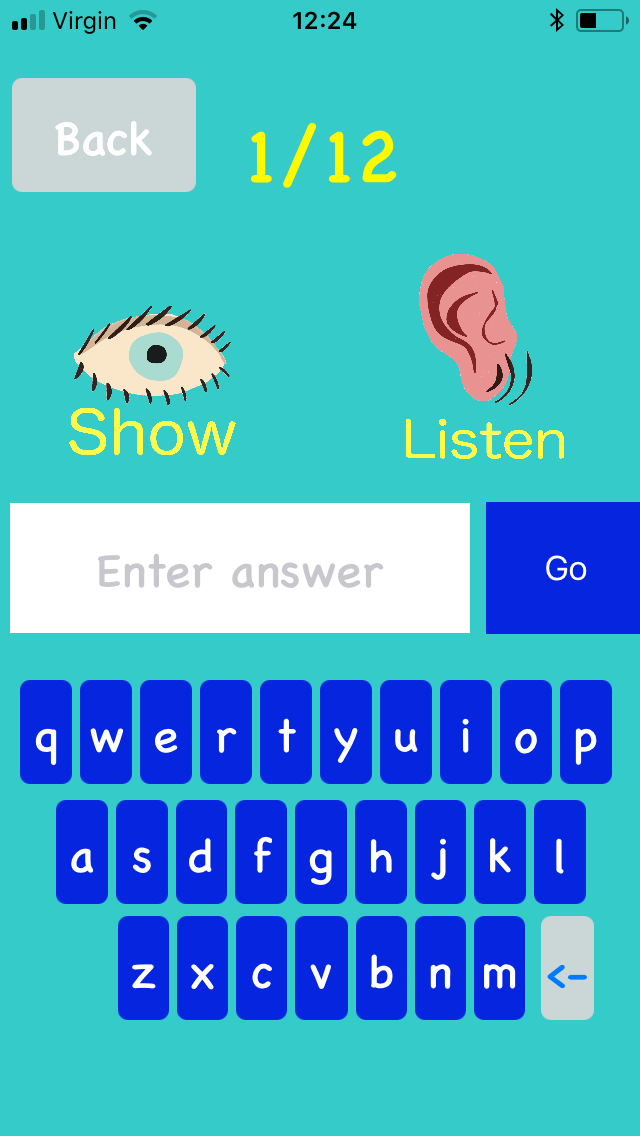 Designed by teachers, this app focuses on the words children need to know for KS1 SATs and KS2 SATs. There are three separate apps: KS1, KS2 Age 7-9, and KS2 Age 9-11. They can be bought individually or as a bundle.

Your Spelling reads each word aloud to your child; they then need to spell it correctly. If they need help, they can ask to see the word and it pops up on screen.

Overall, it’s a fairly dry app, although children can unlock characters for each list they complete correctly, but it’s good for drilling down the words they’re expected to learn under the National Curriculum.

Best use of memory aids 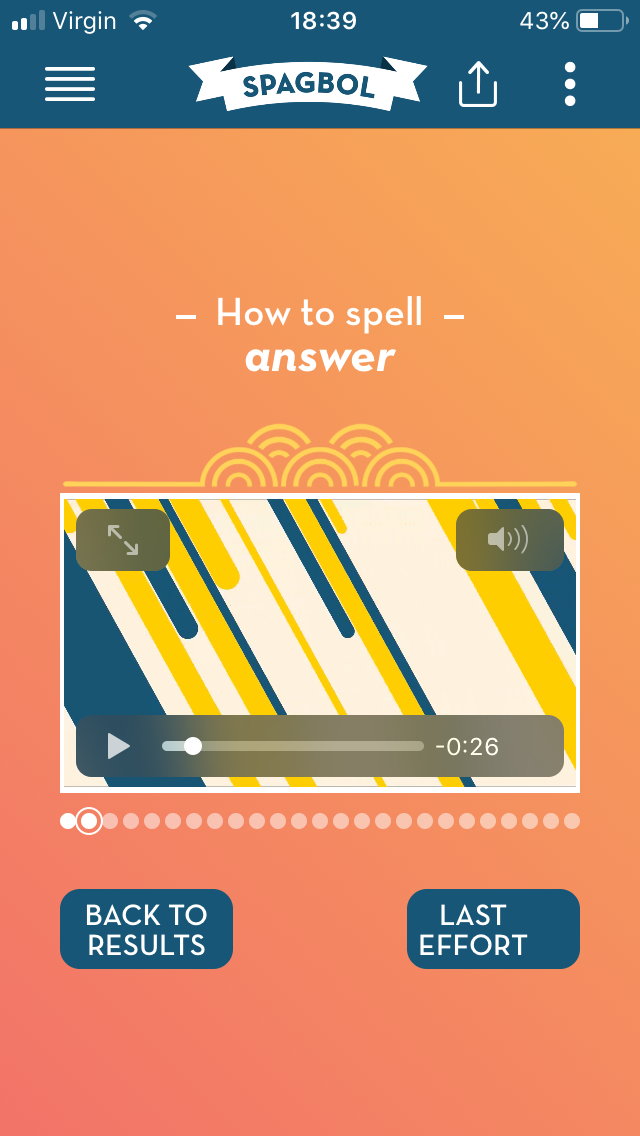 Sir Linkalot is an app that uses mnemonics, or memory aids, to help children learn, memorise and recall the spelling of 150 high frequency words that they’re expected to know under the National Curriculum.

The words are grouped into bundles, each named after a historical literary figure (such as Spaghetti Shakespeare). Your child clicks on the word they want to learn to watch a short animation that introduces and explains the mnemonic. For example, the mnemonic for ‘accommodation’ has two cats (the cc) followed by two mice (mm) chasing them into their accommodation. The videos are accompanied by music to tap into the benefits of multi-sensory learning.

Once your child has worked through a bundle, they can take a test to see if they can recall their spellings. The first bundle is free to download, with subsequent bundles costing £1.99 each.