Edward Jenner was a very famous English scientist whose name has gone down in medical history. Edward Jenner was responsible for discovering the world's first-ever vaccine and his work saved so many lives – in fact Jenner's work is said to have saved more lives than the work of any other human!

He was born in 1749 in Gloucestershire, where he trained as a doctor and became famous for his discovery of the smallpox vaccine. His discovery was a huge medical breakthrough; in 1980, the World Health Organisation declared the dangerous disease smallpox an eliminated disease.

2. He was born in Berkeley, Gloucestershire on 17 May 1749 and came from a big family – he was the eighth of nine children!

3. Through his work as a country doctor Jenner came to understand that that cowpox not only protected against smallpox but could be transmitted from one person to another in order to protect them from the deadly disease.

4. People were not convinced about Jenner's discovery and he was widely criticised. His critics (especially the Church) claimed it was disgusting to inocculate someone with material from a diseased animal. An 1802 cartoon showed people who had been vaccinated sprouting cow's heads!

5. Edward Jenner was made Physician Extraordinary to King George IV. His work on smallpox made him very famous in his lifetime and he received honorary degrees and tributes including a special medal from France, gift of a ring from the Empress of Russia and a string and belt of Wampum beads and a certificate of gratitude from North American Indian Chiefs.

6. Dr Jenner spent his later life working on vaccination and inoculating people for free; his work bankrupted him.

7. Jenner was also a very keen and gifted naturalist and published studies about birds including the cuckoo.

8. Today Edward Jenner is known as the "Father of Immunology".

10. It is said that Edward Jenner saved more lives through his work than any other human in history.

Edward Jenner was the first doctor to vaccinate people against smallpox; he was responsible for developing the world's first vaccine.

Smallpox was a dangerous disease. In Jenner's time, smallpox killed about 10% of the population, rising to 20% in towns and cities where infection spread more easily. The symptoms of smallpox were pus-filled spots (yuk) – and those that didn't die were left with nasty sores on their face, known as 'pock-marks'. Smallpox could also make you blind.

Jenner's discovery was a huge medical breakthrough. His work is said to have saved more lives than the work of any other human! In 1980, the World Health Organisation declared smallpox an eliminated disease.

Edward Jenner wasn't just interested in medicine, he showed a great interest in nature, too. He loved being outside and looking at plants and animals and he was a keen fossil collector. He was particularly interested in the cuckoo – especially why cuckoos lay their eggs in other birds' nests!

When he wasn't making discoveries, Jenner liked to play the violin and the flute to relax.

Edward Jenner was made Mayor of his home village, Berkeley, and Justice of the Peace.

'Vacca' is the Latin word for cow, so Jenner named his treatment vaccination. Louis Pasteur, who worked on the causes and prevention of disease in 1800s, later adopted the word vaccination to mean immunisation against any disease, not just smallpox.

The Gallery image shows the statue of Edward Jenner in Kensington Gardens, London.

Edward Jenner was a very famous English scientist. He made a huge medical breakthrough that had an impact worldwide.

He was a country doctor who was born, lived and died in the small village of Berkeley in Gloucestershire.

Jenner was born on 17 May 1749 and was the eighth of nine children! His father, Stephen, was the vicar of Berkeley. Sadly, at the young age of just five, Jenner lost both his parents and was then brought up by his older siblings.

Edward wanted to be a doctor. At 15, he went to work for a country surgeon where he helped with operations and prepared medicines. When he was 21, he went to London to become a pupil of the great surgeon John Hunter. Jenner became a doctor in Berkeley in 1773 and it was there that he put his great skills of observation to great use!

He noticed, as he visited his patients, that a person who had suffered from cowpox – a mild disease that humans could catch from cattle – did not get smallpox. Jenner believed that having cowpox protected sufferers against contracting smallpox. A primitive form of vaccination called variolation (infecting a healthy person with “matter” taken from a patient sick with a mild attack of the disease) was already being used at this time.

In 1796 Jenner met a dairymaid called Sarah Nelmes with fresh cowpox sores on her finger. He injected eight-year-old James Phipps, the son of his gardener, with cowpox from Sarah Nelmes. Eight weeks later he injected the boy with smallpox and the boy did not develop the disease!

Jenner completed other experiments with the cowpox vaccine and in 1798 he published his research in a book, An Inquiry into the Causes and Effects of the Variolae Vaccinae.

Edward Jenner died of a stroke in 1823. He was buried in the Jenner family vault at the Church of St Mary's in Berkeley.

Jenner was survived by his son Robert and daughter Catherine but his eldest son Edward died of tuberculosis at the age of 21.

Variolation was forbidden by Parliament in 1840; vaccination with cowpox was made compulsory in 1853.

Jenner's house is now a small museum which houses the horns of the famous cow Blossom!

Jenner has given his name to Jenner Day, an annual celebration of infection and immunity research, and the Jenner Institute in Oxford, which studies vaccines.

In the online game Mission Three: Nemesis in Neuropolis you'll learn about viruses and vaccines while investigating a smallpox case

Viruses and Vaccines is a Royal College of Pathologists art and creativity resource developed by immunologists, virologists and microbiologists to celebrate the vital role vaccines play in preventing disease and improving public health. Download it to colour in some viruses and antibodies, make your own origami DNA (or RNA) and prepare your own paper vaccine!

Listen to the Horrible Histories song about Edward Jenner

The Kiddle Encyclopaedia's guide to Edward Jenner for children

Did you know that Dr Jenner opened his garden once a week so that the poor of the local area could be vaccinated? Read about the first free vaccination clinic in an article about Dr Jenner's legacy

Watch the e-bug guide to Edward Jenner and vaccination

Dr Jenner's medicine chest, made in the 1780s, is in the Science Museum in London. You can see it in 3D online

See an extract from a letter about the statue of Edward Jenner designed by William Calder Marshall in 1858 and originally placed in Trafalgar Square, but later moved to Kensington Gardens in London

Look at images related to Jenner and vaccination 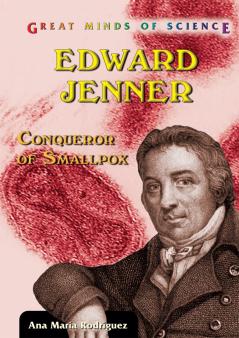 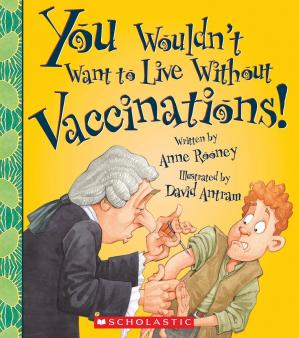 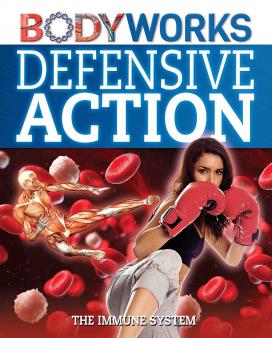 Visit Dr Jenner's House Museum and Garden in Gloucestershire, where Dr Jenner lived and told the world about his work

Sculpted in 1858 by William Calder Marshall, a statue of Edward Jenner was unveiled by Prince Albert in Trafalgar Square. The statue was moved to Kensington Gardens in 1862.

The hide of Blossom, the cow used in Jenner’s smallpox experiment, was presented to St George's, University of London by Jenner’s son in 1857. Blossom takes pride of place in St George's Library.