Robert Hooke was a famous scientist, born in 1635. He most famously discovered the Law of Elasticity (or Hooke’s Law) and did a huge amount of work on microbiology (he published a famous book called Micrographia, which included sketches of various natural things under a microscope).

Hooke was the scientist who coined the term "cell", so we refer to the billions of tiny pieces that make up everything as cells because of him!

Hooke also studied the planets, and invented a process for telling the time accurately, as well as being an accomplished architect.

His wide ranging contributions have often been compared to those of Leonardo da Vinci, and he is referred to as a ‘polymath’ because he studied and contributed to so many subjects.

Robert Hooke was born on the 18th July 1635 in Freshwater on the Isle of Wight. He was one of four children. His father died in 1648, leaving Hooke £40 (a lot of money at the time). He moved to London to be a painter’s apprentice, but he soon left the apprenticeship and instead attended Westminster School. In 1653 Hooke went to Oxford University to study experimental science.

In 1655 Hooke began working for the scientist Robert Boyle. He was asked to design and make special air pumps for one of Boyle’s experiments, which eventually led to the discovery of Boyle’s Law. He worked with Boyle for seven years and afterwards, in 1662, at the age of 27, became the Curator of Experiments at the Royal Society. Hooke was elected to the position of ‘fellow’ of the Royal Society in 1663.

Hooke worked in a wide range of scientific fields, including microbiology, physics and geometry, as well as being a very accomplished architect. He is most famous for his work on elasticity (which led to the discovery of Hooke’s Law) and on microscopy and astronomy.

In 1965, Hooke published a book called Micrographia, which became a hugely successful publication. Micrographia means ‘small drawings’ and included many sketches of things Hooke had seen through his microscope, such as a flea, snow, mold and cork. Many people were not convinced by his sketches as they thought it all looked too strange to be real! His work on microbiology (looking at microscopic organisms) led to his description of cells being part of every living thing. This discovery also led Hooke to (correctly) suggest that fossils were the remains of things that had once been alive.

In 1678 Hooke published ‘Lectures of Spring’, in which he included his discovery of the ‘law of elasticity’, known as Hooke’s Law, which states that ‘the extension of a spring is proportional to the force applied to it’.

Hooke made many observations and discoveries about planets, including that Jupiter spins around on its axis and he first noticed its Great Red Spot. He also did many drawings of Mars and suggested that the moon and Earth orbited the sun in an ellipse (although he never managed to prove this theory). He used a Gregorian Telescope to make these observations, which he first built in 1674. He continued to improve his telescope and invented the universal joint to help adjust it.

Hooke also had a profound impact on the accurate timekeeping of clocks. In 1657 he invented a special cog (called an anchor escapement) that gave a gentle push on the swing of a pendulum, each time it swung. This stopped the pendulum from slowing down over time. Hooke also invented the balance spring (in 1660) which helped pocket watches keep accurate time as well.

On top of being a successful scientist, Hooke was also a well-respected architect. He designed many buildings, although few remain today, and was heavily involved in the rebuilding of London after the Great Fire of 1666. He held the position of Surveyor to the City of London. It was Hooke’s architectural work that made him a wealthy man.

Architect - a person who designs buildings and structures
Cell - the smallest structure of a living thing
Compound microscope - a microscope that uses two lenses (the objective lens and the eyepiece) to magnify an image
Crater - a large rounded hole found on the surface of celestial objects (like a moon or planet) which have usually been formed by a meteorite hitting the surface
Elasticity - The ability of something to return to its original form after being stretched or squashed
Gravity - the force from a planet or other celestial body, that pulls things towards it
Gregorian telescope - a telescope that uses two mirrors to reflect light in a tube in order to create a magnified image
Hooke’s Law - ‘the extension of a spring is proportional to the force applied to it’
Microbiology - the study of microscopic organisms
Polymath - someone who has in depth knowledge of many different subjects
Universal hook - a mechanical joint that through rotation allows different parts of a machine to move freely 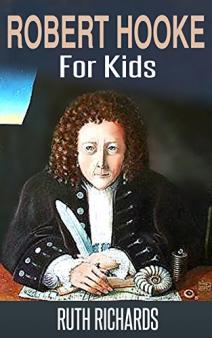 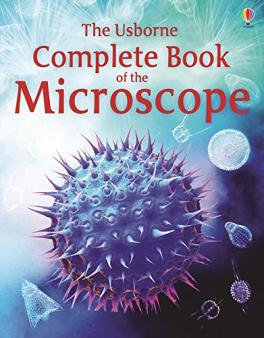