Wellington and the Battle of Waterloo

Why is the Duke of Wellington famous?

Arthur Wellesley, later known as the Duke of Wellington, was a famous British soldier and politician.

He rose to fame in 1815, when he led the British army at the Battle of Waterloo and defeated Napoleon’s French army with help from Prussian allies.

He also gave his name to Wellington boots!

The Duke of Wellington

Arthur Wellesley was born to a wealthy family in 1769, in Dublin. He went to school at Eton College, but was a very average pupil. Wellesley was a talented horseman, however, and joined the army in 1787.

In 1796, Wellesley was posted to India, where he was a very able commander. He won various battles in the Mysore War as well as in Assaye in 1803. Wellington was a very strict army officer and didn’t have much respect for the poorer soldiers that he commanded. He did, however, care for the welfare of his men and in turn they showed him loyalty and admiration.

Before going to India Wellesley had wanted to marry Kitty Pakenham, but her family didn’t think he had much money or prospects so told him he couldn’t marry her. However, when he returned from India and was knighted in 1805, Kitty’s family changed their mind, and so the then Sir Arthur Wellesley and Kitty married in 1806.

Wellington became a Member of Parliament (MP), but after a short time he served as commander of the British, Portuguese and Spanish forces in the Peninsular War (1808-1814). After many victories, Wellington’s army managed to make the French troops withdraw from Spain and Portugal.

Napoleon abdicated in 1814 and Wellington came back to England and was made Duke of Wellington.

In 1828, he became Prime Minister – a post he held for two years. At the time Wellington was given the nickname of 'Iron Duke' because of his tough and firm approach.

The Battle of Waterloo

In 1814 Napoleon was made to abdicate and had to leave France and go and live on the island of Elba. But Napoleon came back to France just a year later and marched towards Wellington's army and allies.

Napoleon’s army tried to divide Wellington's troops from their Prussian allies and Wellington’s army was forced to retreat south of the town of Waterloo. On 18 June 1815, Napoleon’s French army attacked. At first the French seemed to be winning, but Wellington held his ground and when the Prussian forces arrived to help, they defeated the French. Napoleon had lost the battle.

Children's books about the Battle of Waterloo 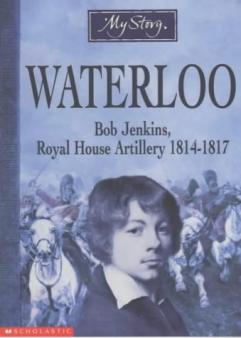 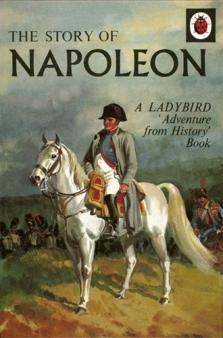 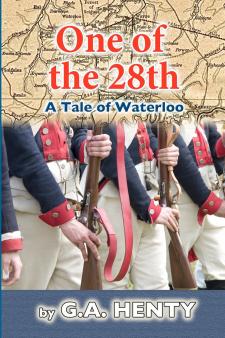