Winston Churchill undoubtedly remains the most famous Prime Minister our country has ever seen and people all over the world know his name. He was a great public speaker and wartime leader and saw Britain through the toughest of times – World War II.

Churchill was born in 1874 and in fact lived through two world wars. He saw the first cars, the first planes, and even the first astronauts in space!

Amazingly, Churchill was a Member of Parliament (MP) for over 60 years and was also the country’s Prime Minister on two separate occasions.

1. Winston Spencer Churchill was born on 30 November 1874 at Blenheim Palace, a very grand house near the city of Oxford.

2. Churchill’s father was Lord Randolph Churchill, an important conservative politician; his mother, Jeanette Jerome, was American. Winston Churchill was the eldest of two children. He had a younger brother called Jack.

3. Churchill was sent away to school. He enjoyed reading and history but his writing wasn't very good and he was often late for class!

4. In September 1908, Churchill married Clementine Hozier and they had five children together.

5. Winston Churchill was one of Britain’s most famous Prime Ministers and he was in charge of Great Britain for most of World War II.

6. Churchill was a great public speaker, a talented painter and a writer (in 1953 he won the Nobel Prize for Literature).

7. For most of his life he suffered from depression, which he called his 'Black Dog'.

9. Churchill had a lisp which continued throughout his career but is still considered one of Britain's most famous orators (public speakers).

10. Winston Churchill died on 24 January 1965 and was granted the honour of a state funeral.

Winston Churchill was born at Blenheim Palace by chance because his parents happened to be staying there! He was born two months early. However, Blenheim Palace actually belonged to one of Churchill’s ancestors – John Churchill – who was the first Duke of Marlborough and a very well known solider.

He spent a great deal of his childhood being looked after by a nanny because his parents were away from home a lot. Churchill did not have a close relationship with either of his parents and once said he and his father barely spoke. But his nanny, Elizabeth Anne Everest, was very important to him.

Churchill was sent away to boarding school when he was only 7 years old, which he apparently hated. He was badly treated and often went hungry.

It seems he wasn’t the best of pupils! Churchill was obviously clever and loved reading and history but he wasn’t good at writing, often lost his books and was late for class!

In 1888, Churchill went to Harrow School, which is still a very famous public school. He apparently entered the school with the lowest grades and remained in that position! Churchill hated Harrow. His mother rarely visited and he wrote many letters pleading with her to come to the school or to allow him to come home.

Churchill was a keen stamp collector as a boy – he collected stamps from all over the world.

During World War II, Churchill often wore a "siren suit", a sort of onesie which was designed to be put on quickly (even over pyjamas!) if an air raid siren sounded during the night. One of his siren suits was made of red velvet!

Churchill wrote "...the only thing that ever really frightened me during the war was the U-boat peril" (the German submarines).

Churchill was the first person to be made an Honorary Citizen of the United States, which means he was an American citizen as well as a British citizen.

People all over the world know about Winston Churchill; he is probably the most famous Prime Minister our country has ever seen.

Winston Spencer Churchill was born in 1874 and lived through two world wars. He came from a famous family: his ancestor the first Duke of Marlborough was a great English general. It appears he didn’t enjoy school life and was much happier when he became a cadet at Sandhurst. Before becoming a politician, Churchill was both a soldier and a newspaper correspondent.

In 1900, at the young age of 26, he was elected as a Conservative MP for Oldham in Lancashire. However in 1904 he left the Conservative party and joined the Liberals because he did not agree with their trade policy!

During World War I Churchill learned to fly a plane. This really worried his wife – she thought it was far too dangerous!

In 1924 he rejoined the Conservatives and took on the important role of Chancellor of the Exchequer.

Churchill finally became Prime Minister in 1940 and told parliament: “I have nothing to offer but blood, toil, tears and sweat,” but that his aim was “Victory, however long and hard the road may be.” He was already in his mid sixties when he became the wartime prime minister.

During World War II, Churchill spent nights in the underground War Rooms in London. His bed is still in the museum there!

His speeches inspired the British people throughout the war and are still listened to today.

Churchill had to step down as Prime Minister at the end of WWII because the Conservative party lost the 1945 election. While no longer leader of the country, Winston Churchill began to write his history of the war and travelled to many different countries to make speeches.

But in the 1951 election the Labour government was defeated and Churchill became Prime Minister for a second time.

In 1955, suffering with his health, Churchill decided it was time to give up the top job and resigned as Prime Minister. However he still continued to be an MP for Woodford until he finally retired from politics in 1964.

After the war, Churchill was given many honours for the work he had done for his country. In 1953 he was given a knighthood.

Even though he was advised not to by his doctor, Churchill loved smoking big cigars, something he became famous for! He was a well-built man and often wore a suit and bow tie. His voice became just as familiar as his appearance as he often spoke on the radio.

Winston Churchill died in London on 24 January 1964 and was given a state funeral.

Churchill was a great man who will continue to be remembered for his strong character, leadership, speeches, writings and his outstanding service to his country.

Test your knowledge with a Churchill crossword 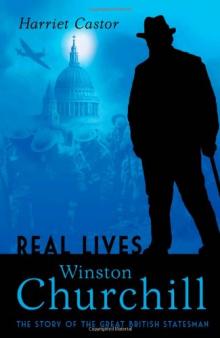 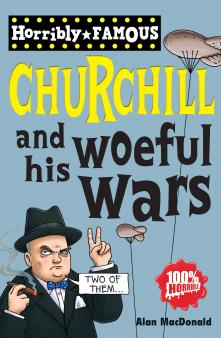 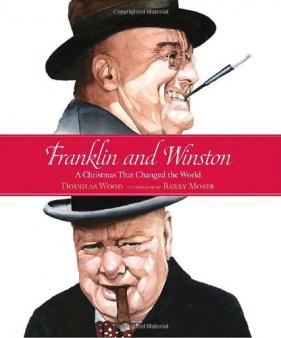 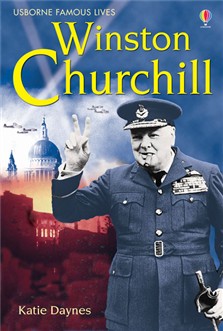 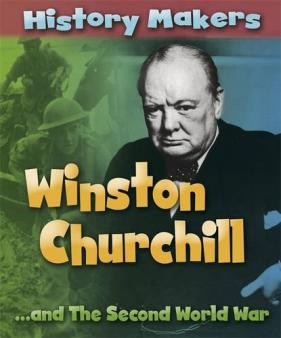 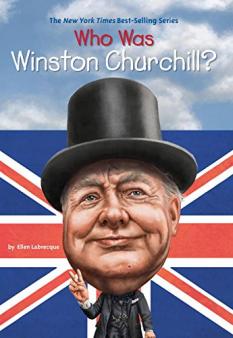 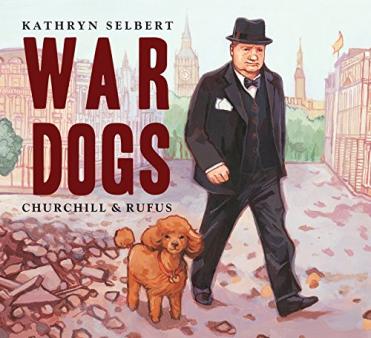 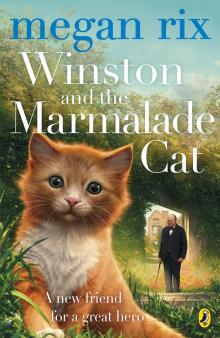 A detailed BBC guide to Churchill's life, with lots of video clips to watch

The BBC Bitesize guide to Winston Churchill for KS1

Look through a timeline and images of Churchill's life

The Kiddle Encyclopedia's guide to Sir Winston Churchill for children

Read letters Churchill wrote and even his school report (his teachers thought he was "troublesome"!)

Churchill quotes from Winstonchurchill.org: just some of the hundreds of funny, moving, witty and patriotic things Winston Churchill said!

Information about some of Winston Churchill's friends, allies and family members

Download a free 16-page biography of Winston Churchill to read

Read about Churchill and leadership and how he influenced other leaders in the website for the exhibition, Churchill: The Power of Words

Hear audio clips from many of Winston Churchill's speeches

Watch a video clip about Aldwych Station, one of the largest public air raid shelters, and Churchill's "war rooms" in London

“Never in the field of human conflict was so much owed by so many to so few.” (About the courage of British pilots during World War II)

"Now this is not the end. It is not even the beginning of the end. But it is, perhaps, the end of the beginning." (About the Battle of Egypt, during WWII)