What your child learns in maths at primary school

There is a lot more to maths at primary school than addition, subtraction and reciting the times tables! Here’s a rundown of all the things your child will be learning – from number recognition in Nursery through to equivalent fractions in Year 6 – with lots of suggestions for how you can use TheSchoolRun to support their numeracy learning journey.

Problem solving, reasoning and numeracy are the first stage of maths. Your child will be playing with numbers every day and using a range of familiar objects to help them understand basic mathematical ideas. They will be playing number games, singing counting songs, making models and using a role-play area, such as a pretend shop or cafe. Maths will also be linked to any topic work they are doing. Areas they will be covering will include:

• Counting up to ten and beyond
• Recognising numbers up to nine
• Counting on and back using a number line
• Counting out a number of objects from a group
• Sharing objects into equal groups
• Understanding that ‘addition’ means adding on, and ‘subtraction’ means taking away
• Finding the total number of objects in two groups by counting them all
• Naming and describing the shape and size of 2D and 3D shapes
• Creating their own patterns
• Building models and shapes 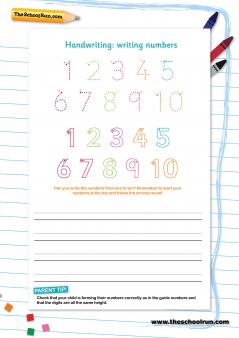 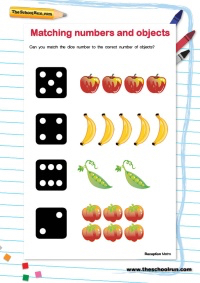 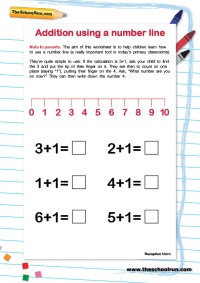 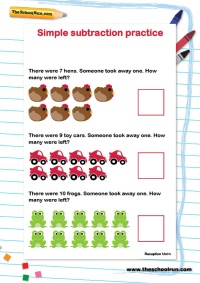 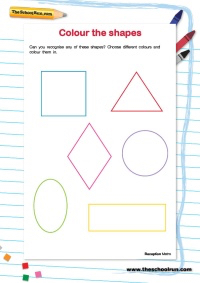 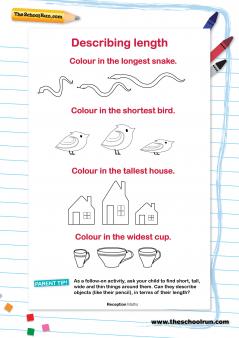 For more information about Reception maths read our guide to the way it's taught in this year group, with suggestions for practical activities to do at home, too.

Children in KS1 will be learning about maths in a practical hands-on way, using everyday objects to solve problems and do simple calculations. They will be working individually, as a whole class and in groups, and will be learning to think about the methods they use for solving problems. They will be talking about their methods and using pictures, lists and tables to present their results.

What your child will be learning in KS1 maths

• Reading and writing numbers 0 to 20 and beyond
• Counting up to 100 objects and beyond
• Learning which pairs of numbers add up to 20 (number bonds)
• Recognising number patterns
• Odd and even numbers
• Using a number line
• The 2, 5 and 10 times tables, plus division facts
• Adding and subtracting one-digit and two-digit numbers
• Doubling and halving
• Finding a quarter, a third and a half of a shape or quantity
• Simple mental maths
• Recognising, naming and describing shapes
• Using shapes to make models and pictures
• Finding lines of symmetry
• Measuring and weighing
• Addition and subtraction of small amounts of money
• Knowing that a quarter turn is a right angle
• Recognising and using mathematical symbols
• Drawing and interpreting block graphs and pictograms
• Telling the time on an analogue clock to the nearest five minutes
• Naming and describing 2D and 3D shapes 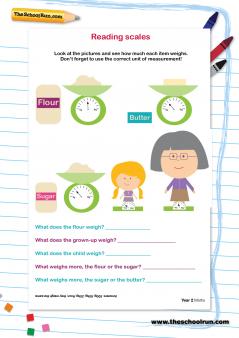 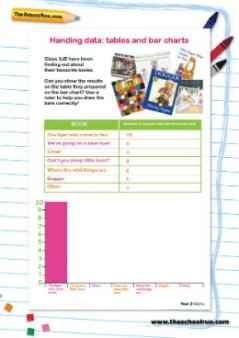 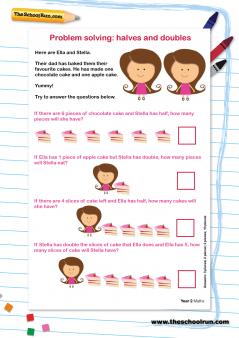 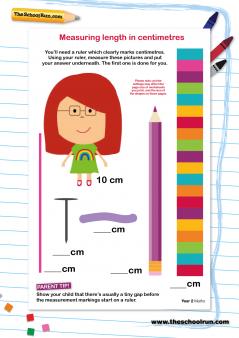 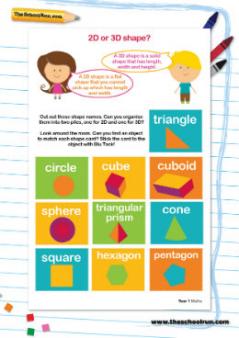 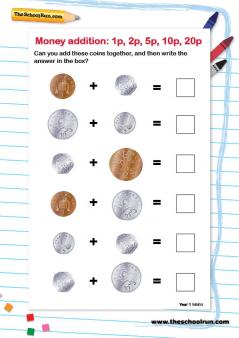 For more information about what your child learns in Y1 maths read our detailed outline of the curriculum; for Y2 maths you'll find KS1 SATs preparation ideas and tips from teachers.

During KS2 the children become much more confident with maths: they are adding, subtracting, multiplying and dividing, as well as doing mental calculations and solving problems using time, measure or money. By the end of Year 6 the children should have a secure grasp of their times tables up to 10. Calculators are introduced during this Key Stage, and the children are taught how to use them correctly.

What your child will learn in KS2 maths:

• Order, partition and round numbers to three decimal places
• Negative numbers
• Factors and multiples
• Prime numbers less than 100
• Square numbers
• Cube numbers
• All the times tables up to 12 x 12
• Add, subtract, divide and multiply numbers of up to four digits
• Know equivalents between decimals, fractions and percentages
• Ratio and proportion
• Algebra (taught in Year 6)
• Problems involving decimals, fractions and percentages
• Use of brackets
• Read and plot coordinates
• Measure and draw acute, obtuse, reflex and right angles
• Calculate the sum of angles around a point, on a straight line and (only in Year 6) in a triangle and quadrilateral
• Calculate perimeter and area
• Visualise and describe 2D and 3D shapes
• Symmetry
• Rotation, reflection and translation of shapes
• Measure length, mass and capacity
• Convert units of measurement
• Tell the time from a 12- or 24-hour clock and calculate time intervals
• Draw and interpret line graphs, bar charts, pie charts and pictograms
• Calculate the mean, median and mode average, plus the range (from September 2015, only the mean will be taught, in Year 6)
• Probability 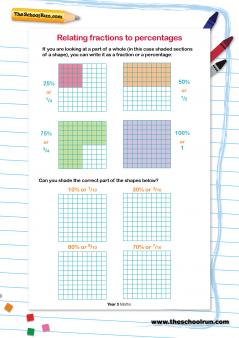 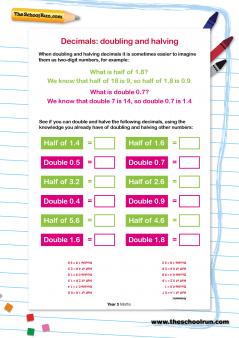 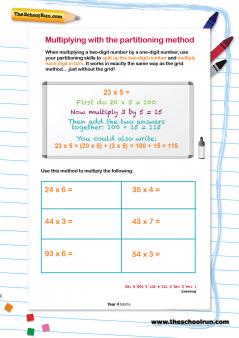 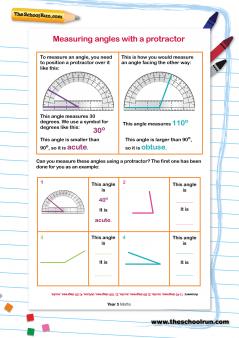 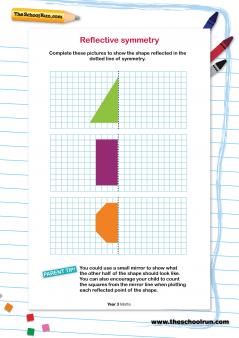 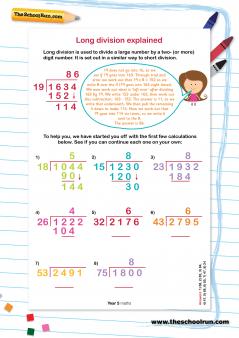 For more information about Y3 maths, Y4 maths, Y5 maths and Y6 maths read our guides to each year group and what is taught when.

To find specific resources to help support your child at home, browse all KS2 maths worksheets.