What is a prime number?

We explain what prime numbers are and give examples of the types of questions KS2 children might be asked to test their knowledge of prime numbers.
Login or Register to add to your saved resources

What is a prime number?

A prime number is a number greater than 1 that cannot be divided evenly by any number other than itself or 1.

For example: 17 is a prime number because you cannot divide it (without a remainder) by any number except 17 or 1:

Children in Years 5 and 6 are expected to recall prime numbers up to 19 and establish whether numbers above that, up to 100, are prime. Here are all the prime numbers under 100:

They may be asked questions such as the following to test them on their knowledge of prime numbers:

36 has two factors which are prime numbers. What are they?

Sometimes questions on prime numbers will be combined with other skills, such as probability:

Susan has this spinner: 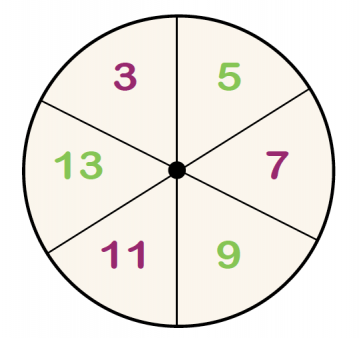 What is the probability that when Susan spins the spinner it will land on a prime number?

Prime numbers can be a fascinating subject. and they play a big role in modern business and our online life. Prime numbers are used to create the public key cryptography algorithms which are used to secure nearly all online data transfers, including email encryption and bank card security. Almost every online purchase made will use prime numbers in its security process!

Show your child the world's largest known prime number, which is over 17 million decimal digits long.