Help your child develop essential skills such as problem-solving, critical thinking and spatial awareness with these brilliant brain games.
Login or Register to add to your saved resources

MentalUP, from £6.99 for three months, Apple and Android

If you’re looking for an app that’s founded on science but fun for your child to play, you can’t go wrong with MentalUP, developed by experts from the UCL Institute of Education for children aged four to 13.

It focuses on building important cognitive skills including visual intelligence, spatial awareness, memory and analytical thinking, amongst others, through a series of puzzles and games tailored to your child’s age and stage. Breaking Blocks, for example, is a memory game where your child has to remember which tiles on a grid are coloured and then smash them, while Conveyor Belt involves matching shapes that go past on the belt to objects above by pattern or colour.

MentalUP encourages children to challenge themselves by aiming to beat other players’ average score and top score, and it measures your child’s performance so you can identify their strengths and weakness and track their progress over time. 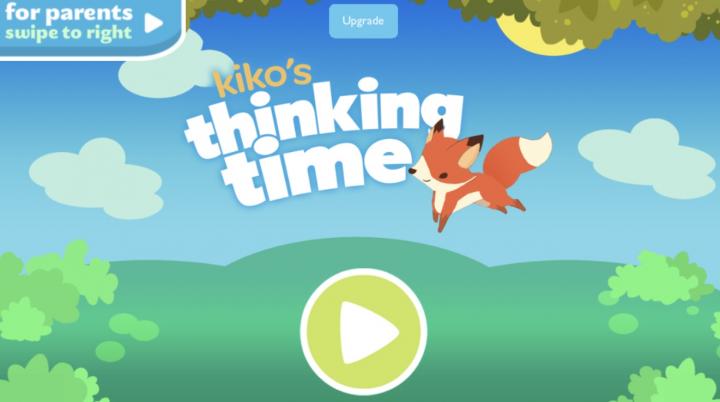 This app will captivate children who love Kawaii, with cute characters and Japanese-influenced brain-training games.

Games include completing sequences of ice creams and puddings, working out which 2D ingredients go into a 3D sushi roll, and matching the dots on horseshoes to a given number. The games adapt to your child’s ability level to keep them challenged, and there are daily quests to make sure they’re playing little and often.

Sudoku is an ancient form of Japanese puzzle where you have to enter numbers on a grid, ensuring that each number is only used once in each row and column.

Usually, Sudoku is played on a 9x9 grid, which can be tricky for children to master. Sudoku School introduces the game using 4x4 and 6x6 grids which are much simpler and will help your child build spatial reasoning and logic skills. The game tiles have an easy drag-and-drop function, and the grid will only accept a tile if your child puts it in the right place. The tiles are also coloured so they can use the colours as well as the numbers to spot patterns.

This fiendishly tricky app is designed for kids but will also put adult brains to the test, making it perfect for working on together with your child.

Brain Kids has three ‘books’ with levels of increasing difficulty, each featuring activities like matching objects, reasoning and mathematical calculations. Your child will be challenged to find the odd one out, work out which domino comes next in a sequence, copy a picture by drawing it on a grid, and more.

The app has a focus on non-verbal reasoning skills, which are an important part of 11+ preparation and will also develop your child’s critical thinking skills. There’s a free version that gives you access to the first chapter of each book, but you can buy the full game from $1.99 (approximately £1.50) per book.

Developing working memory – the ability to hold information in your brain temporarily – is an asset for every child. For example, it allows them to hold numbers in their mind while doing mental maths calculations, or listen to instructions so they can complete a task.

Memory Match helps to develop this working memory by showing your child a grid with certain squares coloured in. After a couple of seconds, the coloured squares disappear, and your child has to replicate the pattern from memory.

You can choose the difficulty level by selecting the size of the grid (from 5x5 to 10x10), and every time your child correctly remembers the pattern, the number of coloured squares increases. If they get an answer wrong, the difficulty level decreases, and if they get 10 wrong answers, it’s game over, and back they go to the start.

GON is a strangely addictive game that will improve your child’s concentration, memory, speed and reaction times.

The game features five different geometrical shapes – circle, triangle, square, pentagon and hexagon – with each side or segment a different colour, and with its own tone. A pattern flashes up on screen with different sides highlighted, and your child’s task is to repeat the pattern by tapping the right side of the shape in order, guided by the sounds as well as the visuals.

Each time your child correctly memorises the pattern, another step is added to the next puzzle (so one side, two sides, three sides and so on). But if they get the pattern wrong, the challenge restarts. Your child earns a point for each step completed, and can record their high scores and compete with friends and other players worldwide (without needing to share any personal information).

Think!Think!, basic membership free; from £2.49 per month for enhanced packages, Apple and Android

It’s always a good sign when an app is designed by teachers, and Think!Think!, from the creators of international schools competition the Global Maths Challenge, doesn’t disappoint.

The game aims to develop lateral thinking and spatial reasoning skills through a range of engaging mini games that will encourage your child’s problem-solving skills, for example connecting road tiles to form a route between houses, and working out whether a 3D shape will fit through a 2D hole in a wall.

Think!Think! has over 100 mini games but gives your child access to a maximum three puzzles a day, depending on subscription level, to keep them coming back for more. It also encourages them to build resilience by learning through their mistakes.

This Disney app is centred around Swampy, a friendly crocodile who lives in the sewers but likes a shower at the end of the day. Your child’s task is to cut through rock to create channels and guide fresh water to Swampy’s shower, avoiding filling it with dirt and toxic water.

While your child may think they’re just playing a game (which, incidentally, pushed Angry Birds off the top of the apps chart), they’re actually learning about physics, using critical thinking and solving problems through perseverance, trial and error. As they work through the levels, they’ll be given increasingly tricky challenges to solve.

As well as Swampy, there are three other characters, each with their own set of problems to solve, with a total of 500 puzzles to tackle (some require in-app purchases).

Entering your child’s age will provide them with exercises that, while challenging, are suitable for their developmental stage. Before they start their daily brain training, they work through a series of problems, including tangrams, memory puzzles and odd-one-out challenges to calculate their Mensa Brain Index. The app then devises a programme based on their areas of difficulty in order to strengthen that particular skillset.

Ideally, your child should complete exercises in each of the five disciplines every day. They can then take the MBI test again to see if they’ve improved their IQ.

This game will help your child develop strategic thinking skills as they manoeuvre a car out of a car park by moving other vehicles around a grid, horizontally or vertically, to create a clear route. Your child has to work out in which order to move the vehicles, thinking about next steps and their end goal at the same time.

As they progress through the levels, they unlock more vehicle-based challenges, including one that involves building a network of roads for a car to negotiate, and another guiding a car along a route, taking in every square of the grid on the way.

Your child can earn coins through a variety of missions, and by taking part in a daily challenge. These coins can be collected or used to buy hints to help them solve the problem.