Is your child a tennis ace? We've rounded up the best books for Wimbledon fortnight and beyond, so they can read their way into the world of volleys, rallies and Grand Slams.
Login or Register to add to your saved resources 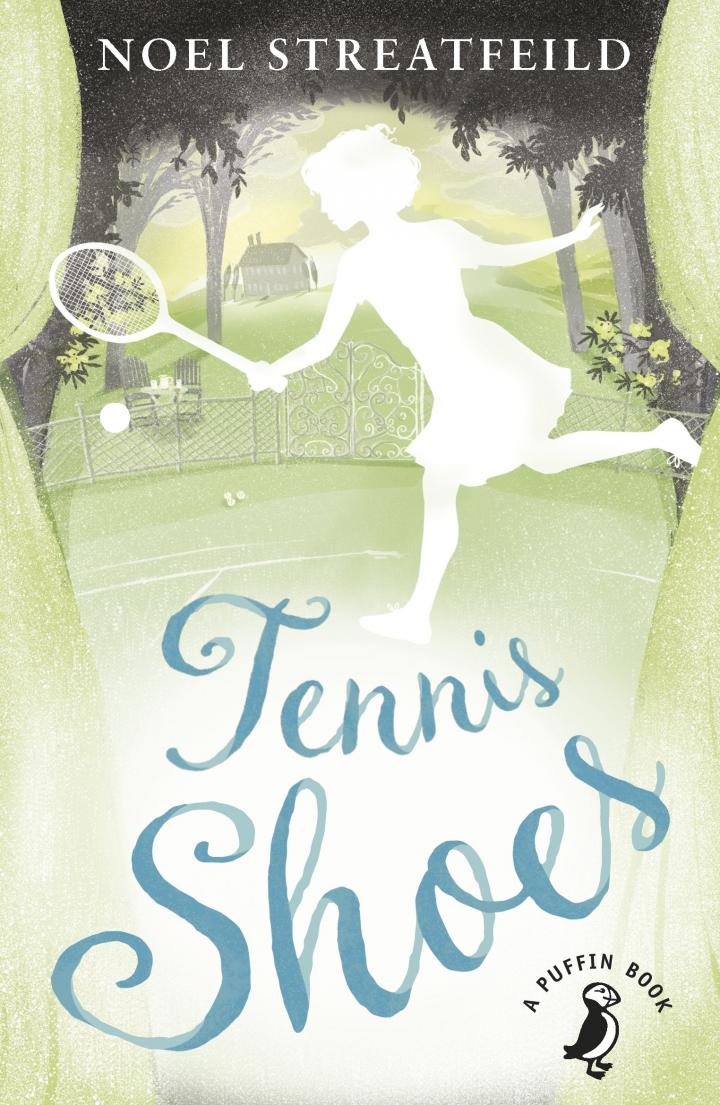 In this classic children’s book, by one of the UK’s best-loved 20th-century authors, the Heath children are expected to follow in the footsteps of their father and grandfather and become top tennis players. But Susan hates the spotlight, Jim prefers to swim, and David wants to become a singer. Youngest child Nicky could have what it takes, but can she overcome her rebellious nature to become a champion? 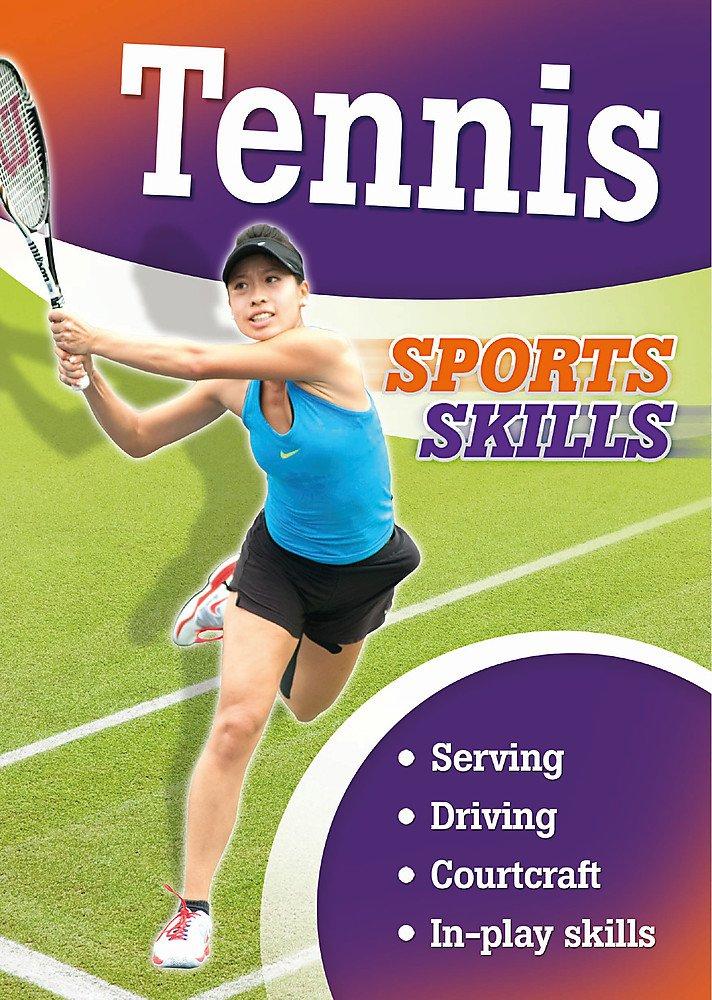 Whether your child is looking to take up a new sport or wants to improve their current game, this book is a great introduction to the tennis skills they’ll need. Packed full of tips and colour photos showing key techniques, it’s the perfect how-to guide for children aged nine and over. 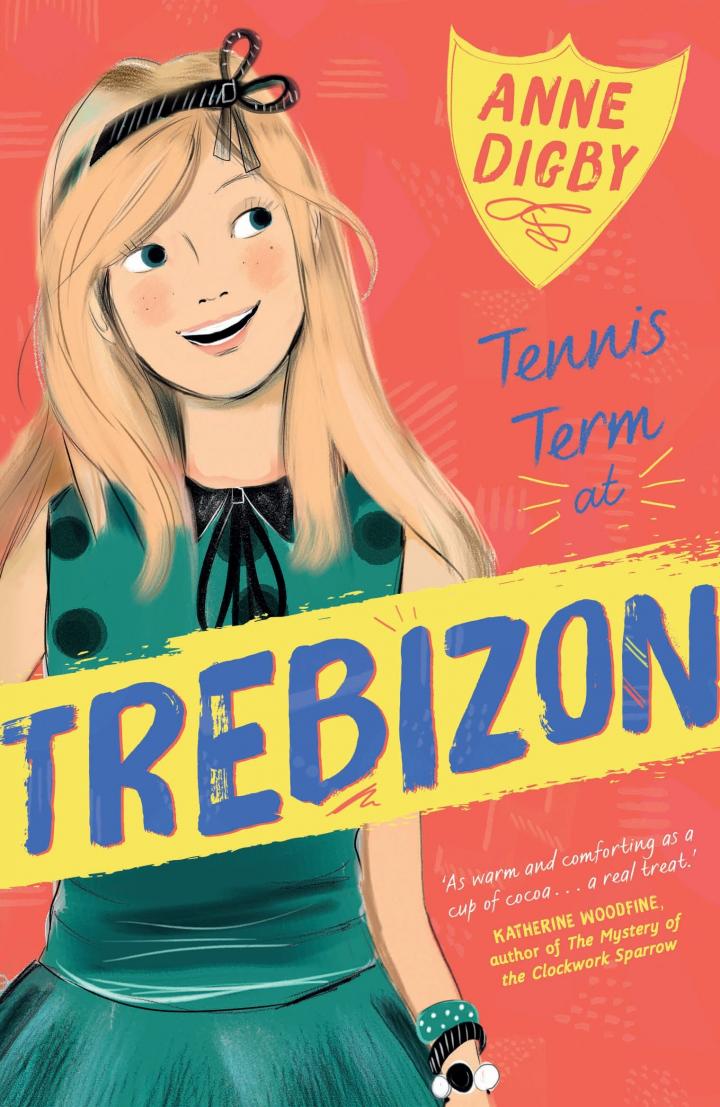 If your child is hooked on boarding school series, they’re probably already well acquainted with Trebizon and its cast of characterful girls. In this, the sixth book in the series, Rebecca has been picked for the tennis team and has high hopes of being selected. But then there’s a hoax phone call and a fake fire alarm, and Rebecca’s prospects are suddenly in danger. 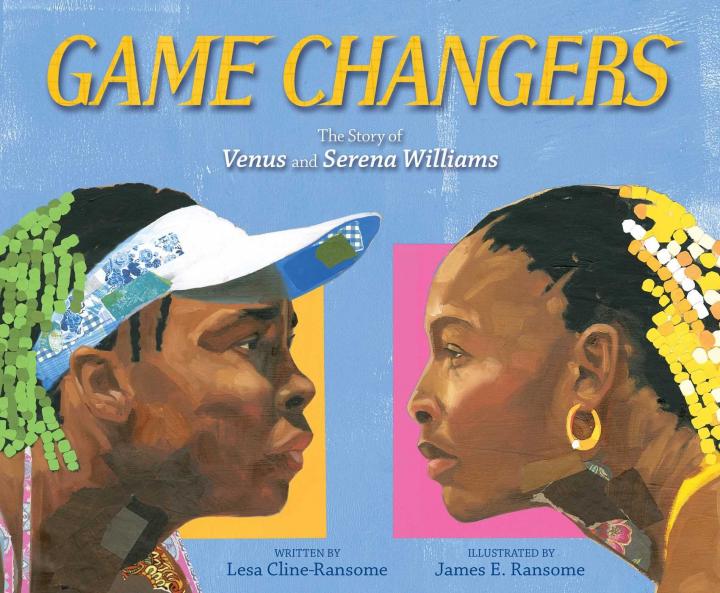 Game Changers: The Story of Venus and Serena Williams by Lesa Cline-Ransome and James E Ransome

The Williams sisters are role models to kids throughout the world, both on and off the tennis court. This inspirational biography tells the tale of the two sisters’ lives, from practising for hours as children to their reign at the top of the women’s game, encountering setbacks and prejudice along the way. Bright and colourful mixed media art brings their story to life. 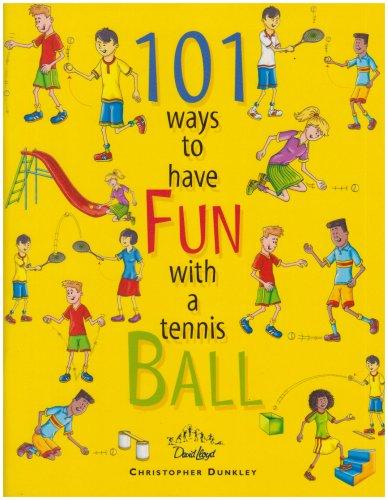 Children who are just beginning their tennis journey will enjoy the exercises in this book, which are aimed at improving their all-round ball skills: bouncing and rolling the ball, throwing overarm and underarm, and so on. There are also activities to do in the park or at the beach, and kids are encouraged to time themselves on each exercise to see how their skills are improving. 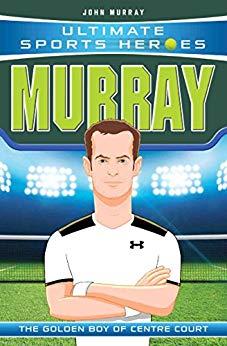 Did you know that as a child, Andy Murray chose to give up his beloved football to move to Spain and focus on tennis? Sports writer John Murray charts Andy’s incredible rise to Wimbledon and Olympic glory, with the story told in an appealing, fiction-style format that’s ideal for children aged nine and over. 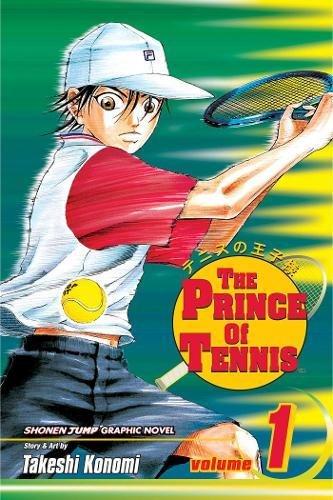 The Prince of Tennis Vol 1 by Takeshi Konomi

This series of popular graphic novels will appeal to fans of Manga. Set in Tokyo, the first volume features Ryoma, a tennis prodigy who, at 12 years old, is about to enter a competition for 16-year-olds. But no one knows that he’s the Prince of Tennis, and destined to be the greatest player in the world. If your child gets hooked on the book, there are a whole 40 titles in the series! 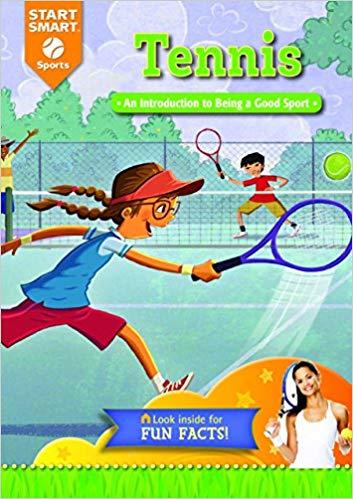 Tennis: An Introduction to being a Good Sport by Aaron Derr and Scott Angle

Tennis – like all competitive sports – is most fun when everyone knows the rules of the game and how to play fairly. This colourful picture book, aimed at children in KS1, introduces the history of the game, the rules of play and how to score, setting them up for their first time on a tennis court. 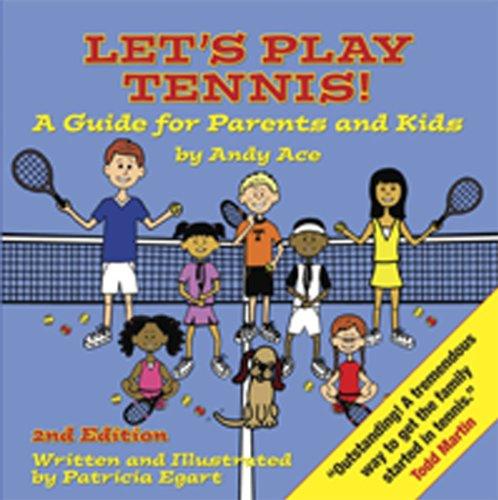 Let’s Play Tennis! A Guide for Parents and Kids by Andy Ace

If you enjoy a knockabout with your child but would like to start taking things more seriously, this handy book will teach you both the tricks of the trade. Andy Ace, his sister Alley, and friends Chip and Lucy explain all you need to know about starting tennis, from how to hold the racquet to how to move your feet, with games and drills to make practice fun. 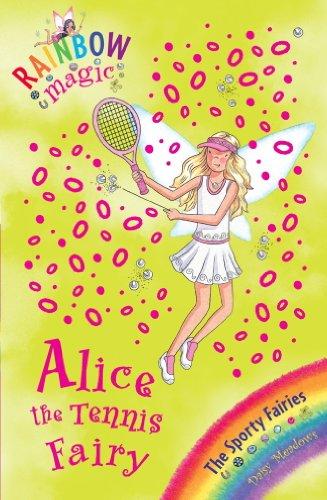 Fans of Rainbow Magic can join in with Wimbledon fever with this, the sixth book in the Sporty Fairies series. Fairyland is preparing for the Olympics, but Jack Frost has stolen their magic sports items, including Alice’s magic tennis ball. Can Rachel and Kirsty help Alice and friends find the missing items before it’s too late? This is currently not in print, but a Kindle version and second-hand copies are available through Amazon. 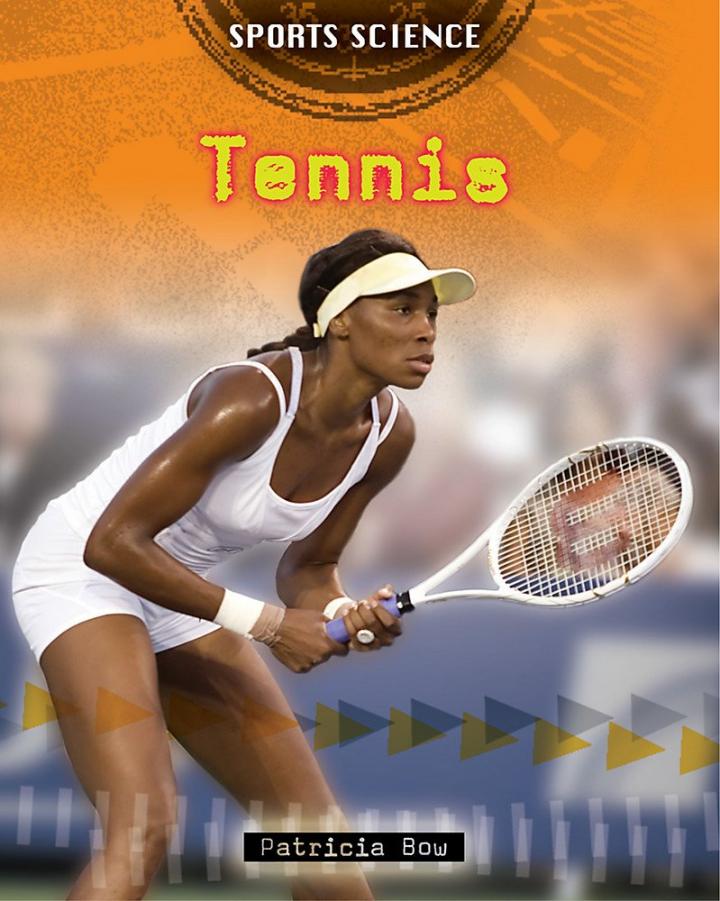 Ever wondered why tennis balls are fluffy on the outside, or how video technology is used to tell whether a shot is in or out? This fact-packed book will be enjoyed by children with enquiring minds, who want to uncover the science behind their favourite sport. 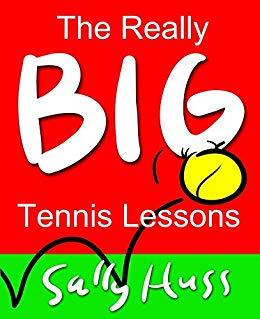 Tennis isn’t just about serves and volleys, deuces and tiebreaks. Former Wimbledon competitor Sally Huss takes your child through the life lessons they can learn from the game, including focus, patience, honesty, responsibility and gratitude. According to the blurb, not only will your child’s tennis improve, but so will their life. 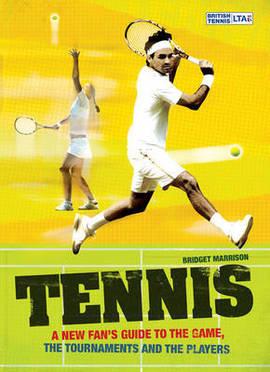 Tennis: A New Fan’s Guide to the Game by Bridget Marrison

If your child is dipping their toe into Wimbledon fortnight for the first time, this child-friendly guide will help them make sense of what’s happening on court. It features information on the Grand Slams, tennis legends and current stars, tennis fashion, a day in the life of a tennis pro, and more. With colour photograph and bitesize info, it’s a great starting point for new tennis fans. 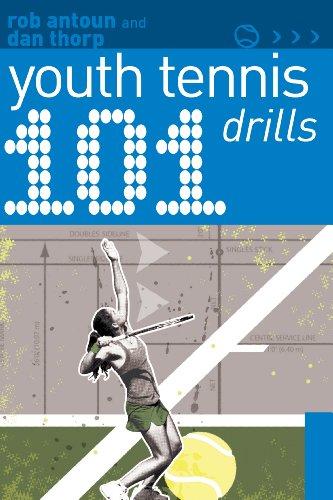 Kids who are already handy with a tennis racquet and want to improve their skills will find this a useful training manual that’ll help them build on their existing skills. Known as a ‘practice bible’ amongst youth tennis coaches, it covers warming up, baseline play, net play, serving and returning, and doubles play, with easy to follow instructions and tips for practising safely. 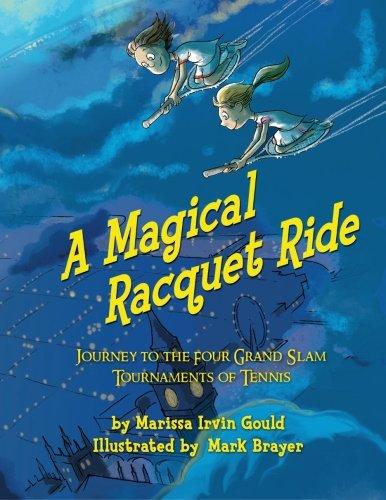 A Magical Racquet Ride: Journey to the four Grand Slam Tournaments of Tennis by Marissa Gould

Written by a former tennis professional, this charming adventure into the land of make-believe tells the story of twins who are given magical tennis racquets for their birthday and use them to go on an adventure to visit the four Grand Slam tennis tournaments. Told in prose and rhyme, it works in cultural details as geographical and tennis facts in an enchanting and imaginative story. 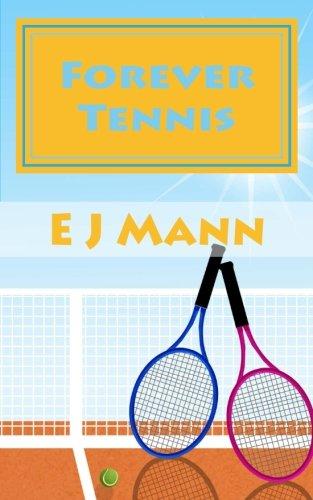 Aimed at older readers in KS2, this is a tale of rivalry turned good. James and Aliona are classmates and neighbours, but definitely not friends. Thrown together on a tennis court, they become a force to be reckoned with. But will jealousy, foul play and injury threaten their chances of a glowing fortune in the game?