The Cricket World Cup is one of the most-watched sporting events in the world. If your child has been inspired, harness their enthusiasm with our pick of the best books for kids who love cricket, chosen by primary school teacher and children's literature enthusiast Scott Evans. These cricket-focused reads will knock them for six!
Login or Register to add to your saved resources 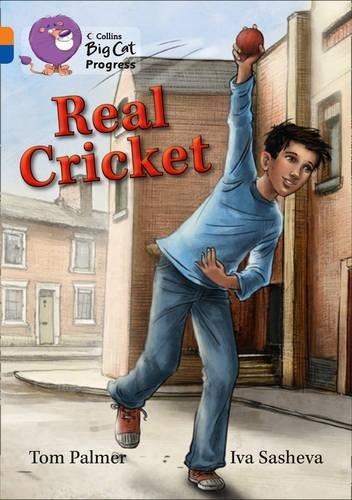 One of the Collins Big Cat Progress series of books (specifically designed for KS2 children who have a Key Stage 1 reading level, giving them age-appropriate texts that they can read, building their confidence and fostering positive attitudes towards reading), this short story from children's sports author Tom Palmer is a super addition to his ever-growing catalogue. Using wooden crates as wickets and used to playing cricket in the streets, Adnan is so passionate about the sport that he dreams of playing professionally. But will his dream be cut short when one of his games ends up with him damaging someone's car? 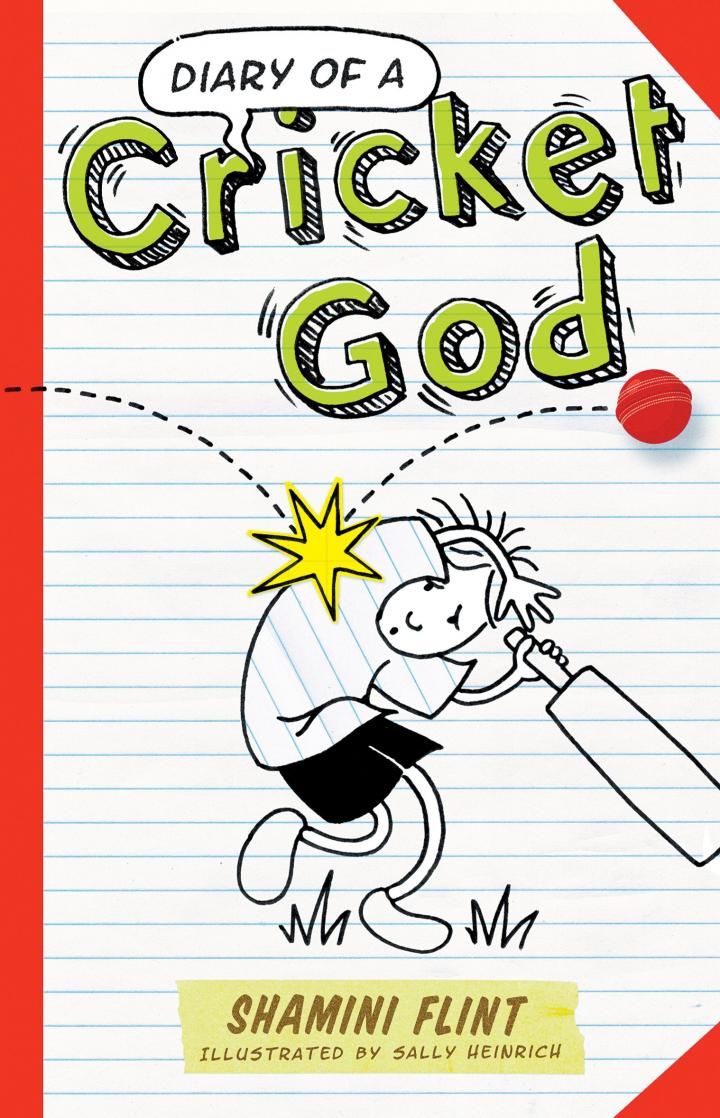 Diary of a Cricket God by Shamini Flint

Perfect for fans of Diary of a Wimpy Kid who love cricket, this journal-style novel is a laugh a minute. Marcus is a math whiz who can't do sport. His dad is a self-help author who thinks Marcus can achieve anything he sets his mind to... with hilarious results! A quick, fun read that will certainly be quite the catch for readers who love illustrated fiction. 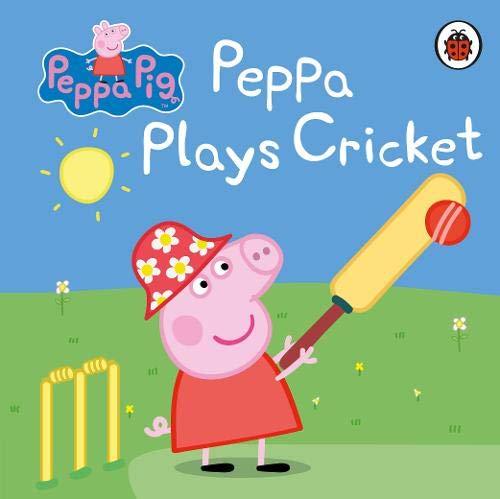 Peppa Pig began airing on our TV screens in 2004 and it's safe to say this popular piggy character has had a good innings! This board book not only shares the story of Daddy Pig teaching Peppa the sport but also showcases the special bond between family, friends, teamwork and sportsmanship. Perfect for the youngest members of cricket-mad families! 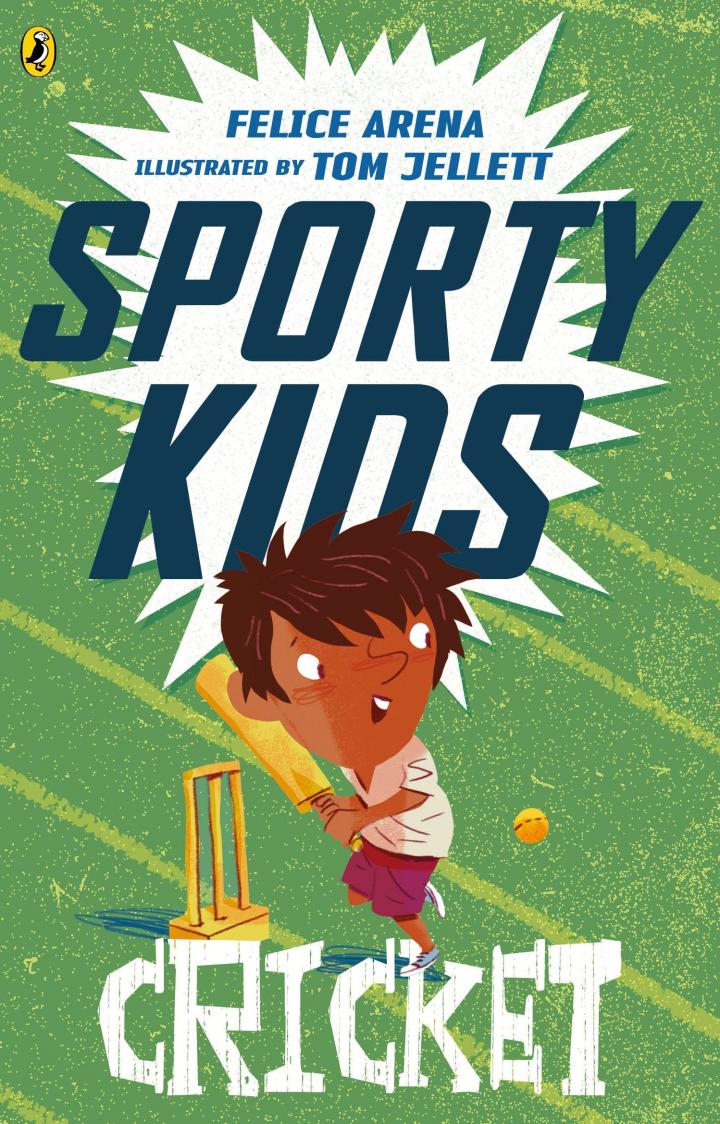 Pete is mad about cricket. But then again, so is every member of his family, including his mum, his dad, his big brother and his grandad Leo. Even Pete's dog Warney is a huge cricket fan! (No prizes for guessing the inspiration behind the name!) Pete's neighbour is also a big cricket fan and an inter-neighbourly cricket game, with the winners taking home the cup, is a local tradition. And Pete and his grandad want to win the cup back from their neighbours' mantelpiece... A short story that is perfect for young readers who are beginning to read chapter books independently. 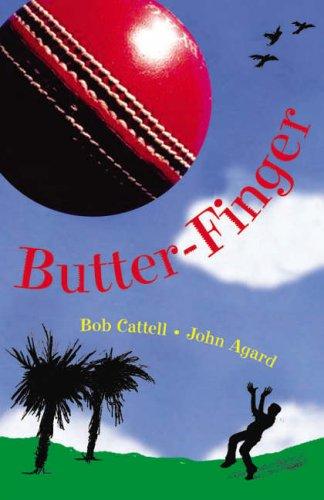 With music and sport merging together in this celebration of calypso and cricket from author Bob Cattle and poet John Agard, this book shows the power of poetry as main character Riccardo gets dropped from his cricket team. Practising his poems and wandering around the West Indian island he lives on, he meets one of the island's most eccentric figures and the two plot a way for Riccardo to regain his place on the team. A delight for Key Stage 2 readers that shows another side to sport. 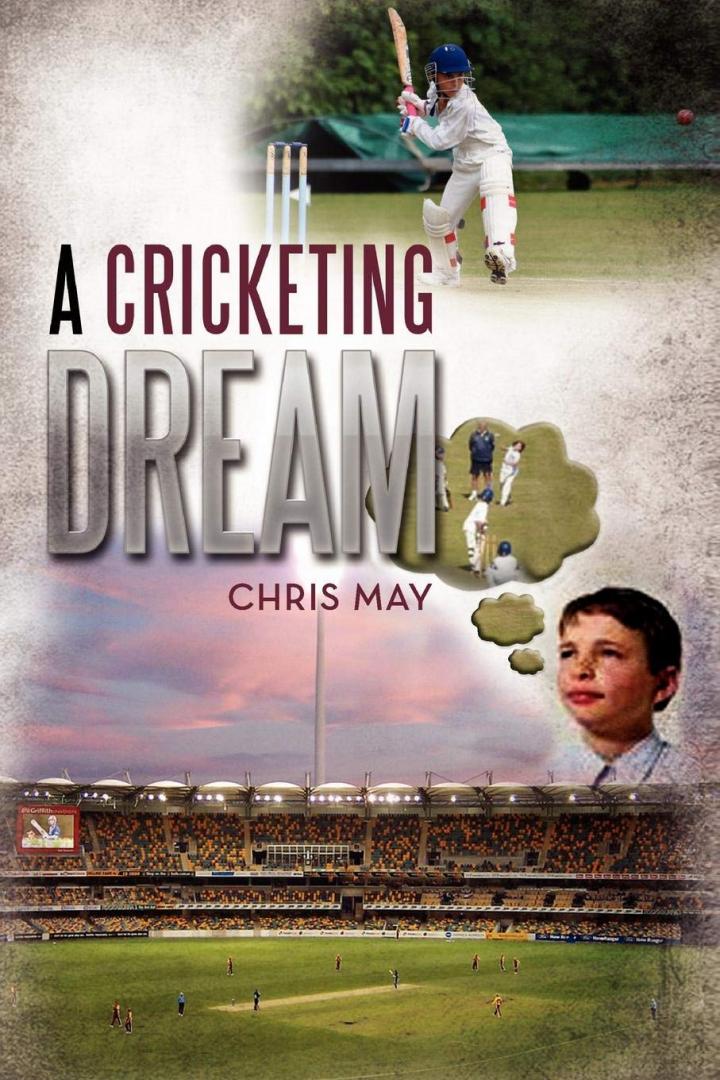 A Cricketing Dream by Chris May

Matthew Temple has one thing on his mind: playing for England, just like his dad. Will he fulfil this dream? Will Lords Cricket Ground ever await him? This terrific tale shows how hard work, determination, resilience and having a goal in mind can lead anyone to success, even though there may be hardships along the way. 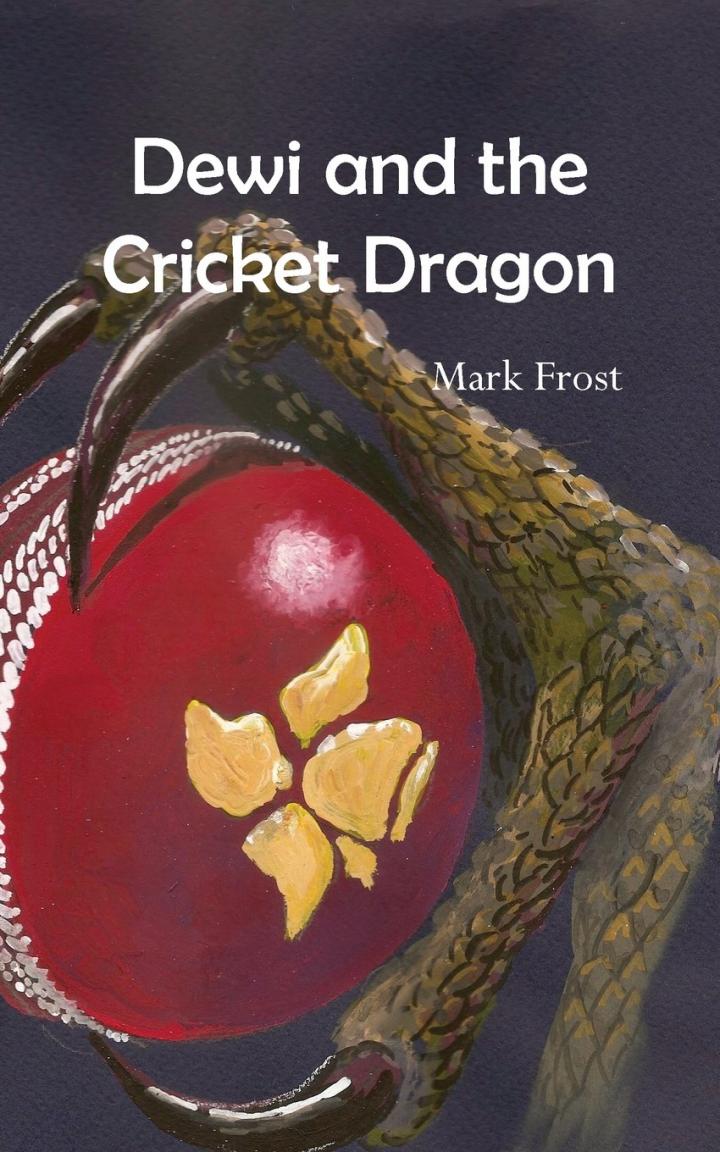 Dewi and the Cricket Dragon by Mark Frost

A story from my own country, Wales, which combines dragons and a county cricket team in Glamorganshire! After visiting the international cricket stadium with his primary school, nothing is quite the same for Dewi. As his love for cricket grows, unexpected hero Dewi discovers it takes him in directions he never thought he could imagine. A brilliant read for children who adore cricket. 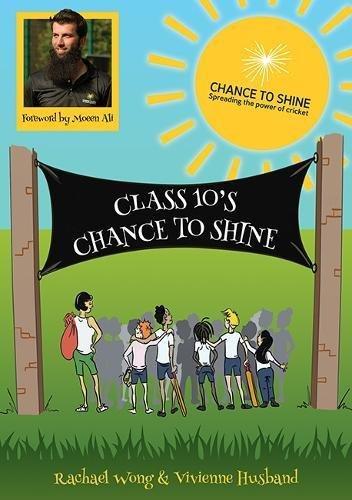 In association with national cricket charity Chance to Shine, who work in state schools and communities across England and Wales, and with a foreword written by England international cricketer Moeen Ali, this is one not to miss. Alex loves cricket but hopes his friends develop the same passion for the sport as him when Chance to Shine coaches visit his school. Initially things don't iquite go to plan but with the help of his teacher, perseverance and resilience become the name of the game! 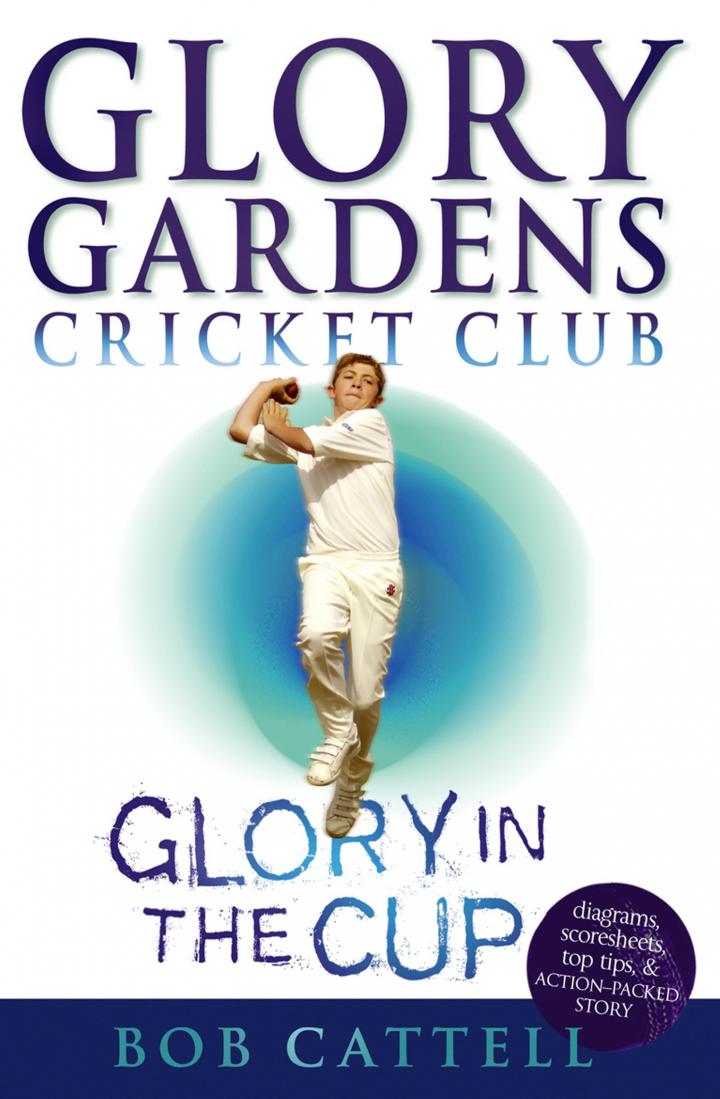 Glory Gardens 1: Glory In The Cup by Bob Cattell

Lots of the books in this list have been published within the last ten years but this is an older favourite. As a group of friends begin to take the game of cricket more seriously, one of their school teachers suggests that they form their very own team and Glory Gardens Cricket Club is born. Captain Hooker soon finds out that playing together is not as easy as he first thought, however, and it takes more than time to keep the team together. This is the first in a brilliant, accessible and classic series of books about cricket that are just as recommended for lovers of the sport as it is for readers who know nothing about the game. 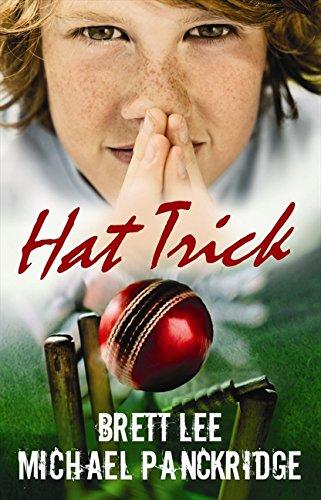 An omnibus edition of the first in the Toby Jones series of time-slip books that take the reader back to famous cricket matches of the past. When Toby and his classmates go to the MCG archives on a school excursion they discover that Toby can see numbers and words whirl on the pages of old Wisdens, which means that he has the potential to travel back in time. With the assistance of the library caretaker, Jim, Toby and some of his friends are transported back to famous matches including the 1999 World Cup semi-final between Australia and South Africa in England. 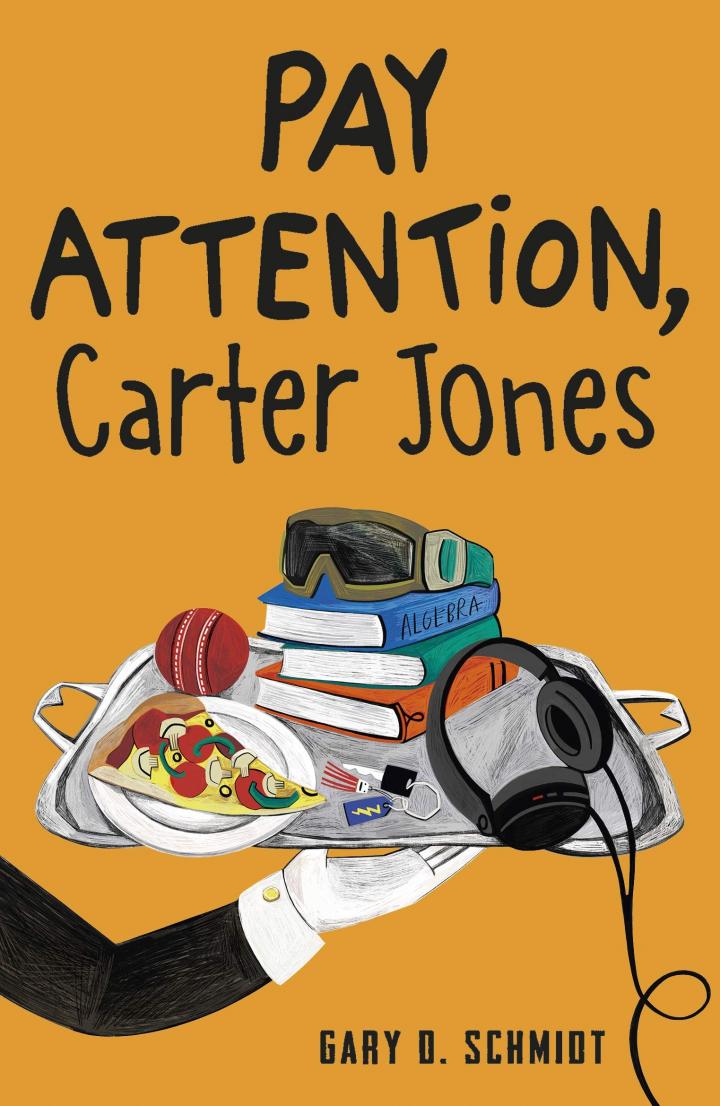 Looking for a middle grade fiction book that's centred around cricket? This could be the one – it's told from the perspective of a fourteen year old American boy whose life changes for the better when an old-fashioned, traditional (and slightly magical) English butler comes into his life and teaches him important lessons, including how to play the game of cricket. Older readers will be bowled over by this.