Turn screen time into learning-to-read time and help your child become a phonics whizz with these brilliant tried-and-tested apps for Apple and Android.
Login or Register to add to your saved resources 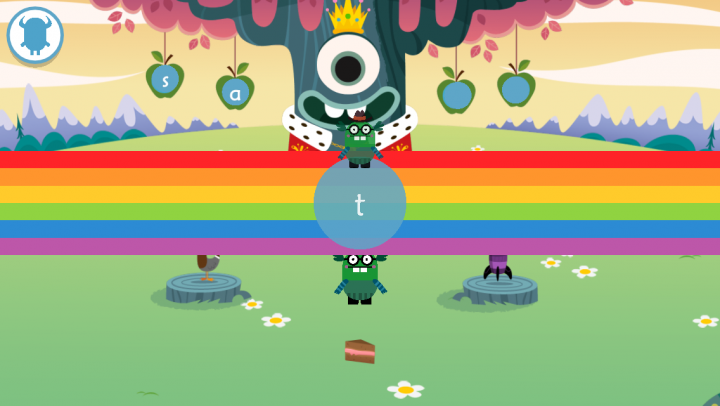 Teach Your Monster to Read, £4.99, Apple and Android

Developed by academics and supporting phonics phases two to five – typically covered in the first two years of learning to read – Teach Your Monster to Read takes your child on three adventures of increasing difficulty.

First, your child has to create their own monster to be the star of the show, choosing its face, body, arms and more. They then take it on three journeys, each concentrating on a different phonics phase.

First Steps is a space-themed adventure, covering the first sounds children learn, starting with s, a, t and p. Fun with Words is the second stage, a pirate-themed setting for children who are confident with early letter sounds and are beginning to read sentences. Finally, the underwater-themed Champion Reader is for kids who know all their basic letter-sound combinations, and are confident reading short sentences.

There are two drag and drop activities for each sound, and your child is rewarded with a new accessory for their monster (including glasses, hats and pants). Children can also opt to play matching and blending minigames with any chosen phoneme: ideal if there’s a particular sound that they need to practise.

Teach Your Monster to Read is also available to play online free of charge.

Best for ease of use 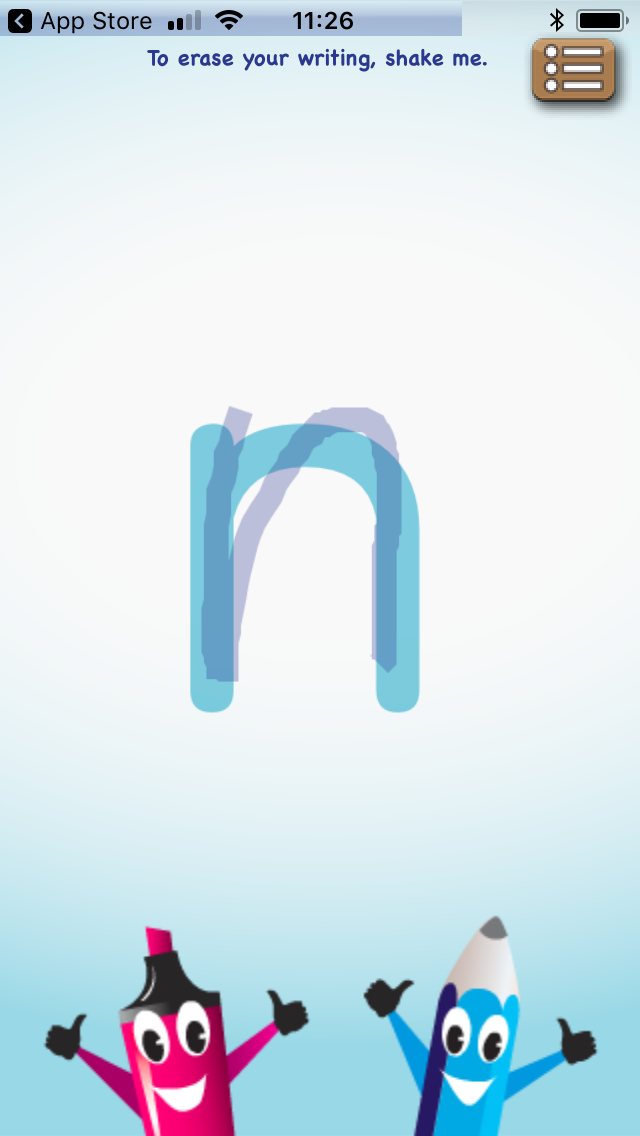 PocketPhonics is a clear and simple app that focuses on three key skills: learning letter sounds, writing them and blending them to build words. You can add more than one player, which means you can use the app with children who are at different stages of learning phonics.

Your child is encouraged to practise saying each phoneme out loud; they then try writing it using their finger on the screen, and finally put sounds in the right order to build simple words, such as ‘sit’ and ‘ant’. They earn stars for succeeding at the challenges. You can also order a free guide to teaching children to read.

The free app just introduces the first six letter sounds (s, a, t, p, i, n); you’ll need to upgrade to the paid-for version to gain access to all 11 phonics phases. 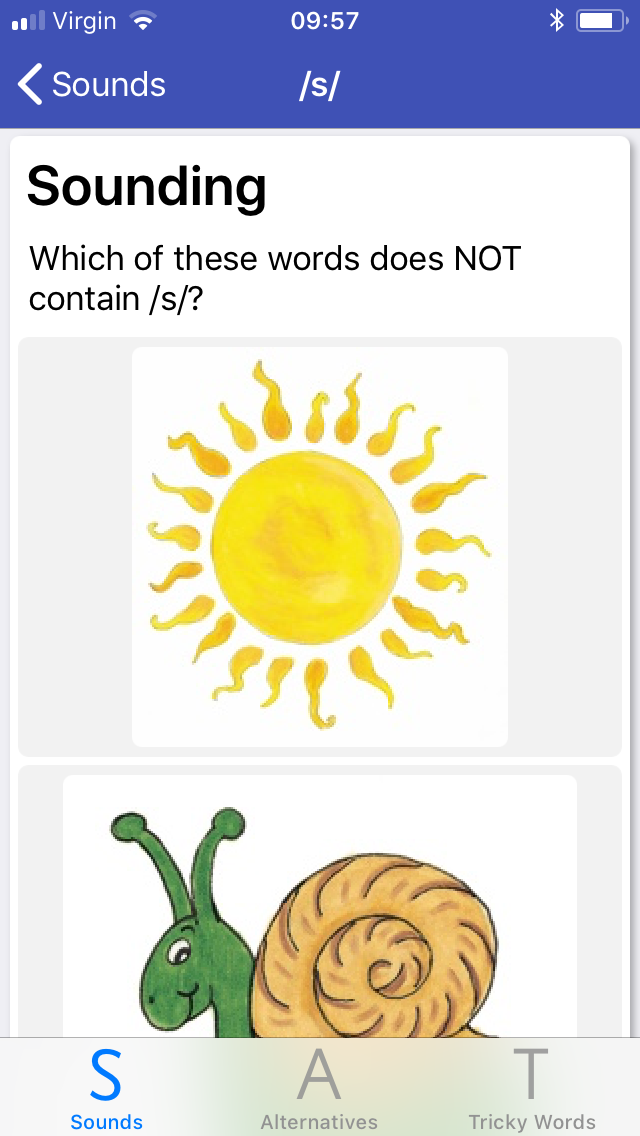 Jolly Phonics is the programme used in many schools, which makes the app ideal if you want to consolidate what your child is learning in class – and ensure you don’t confuse them by using a different method at home.

The basic app introduces the first six phonics sounds that children learn: s, a, t, i, p and n. Each has a short story introducing the sound, instructions for doing its action, audio of the sound being spoken aloud, a demonstration of how to write the sound, pictures of words that include the sound, and a song that features the sound.

The app is free to begin with, but you’ll need to make in-app purchases to continue your child’s learning: for example, it’ll cost you £3.99 to buy the sound group 2 bundle, featuring the next 42 sounds that children learn. That said, although it’s expensive overall, it’s worth the money to have the peace of mind that you’re teaching your child correctly. 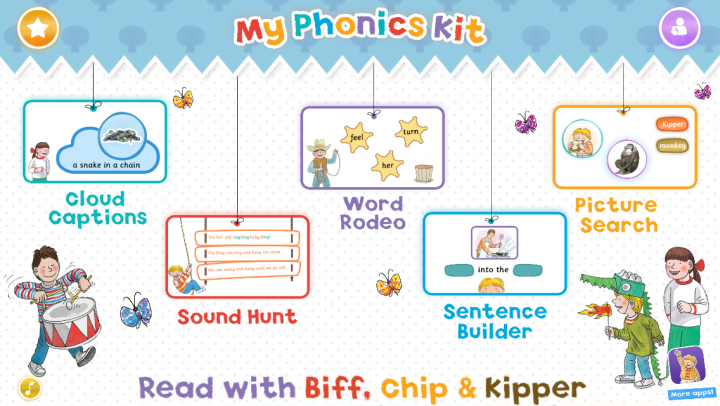 Reading scheme stalwarts Biff, Chip and Kipper are the stars of this phonics app, which is designed to help kids practise the phonics they’ve already been taught at school. There are five separate games to test your child’s knowledge.

In Cloud Captions, children have to match a picture to a sentence that contains linked sounds (for example, ‘The knight got a fright’). In Sound Hunt, sentences appear on screen and children need to click on a particular sound throughout.

Word Rodeo displays a selection of words, and children have to click on the ones that contain a given sound. Sentence Builder gives them a number of words, linked by a sound, to put into a sentence. And Picture Search asks kids to match a series of words with the relevant picture.

Your child collects ‘stickers’ of characters from the Biff, Chip and Kipper series for getting answers right, which are compiled into a colourful in-app sticker book. 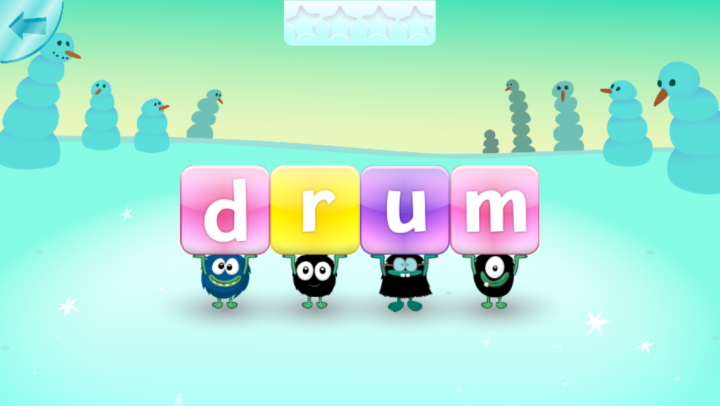 Kids will love learning phonics sequentially with the Hairies: a family of furry, squeaky monsters.

The app introduces 26 letter sounds in the order that they’re taught in schools. Tap on a block to hear how the letter sounds, with a short animation or song (s features a snake; p is a penguin). Your child can then trace the letter shape by dragging a Hairy along the dotted line with their finger to reinforce learning.

The only downside is that the app only teaches the single letter phonemes, and not groups of two or three (such as /ay/, /oo/ and /igh/). 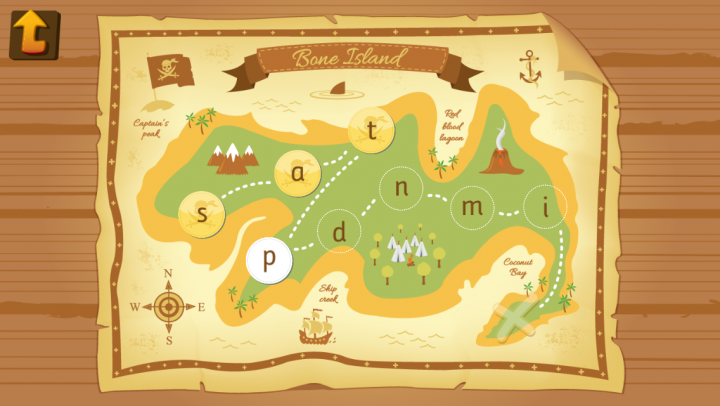 In this app, children take on Captain Blackbeard to win treasure in a series of tasks that introduce phonics one by one. Each ‘island’ features a variety of games based around a particular phoneme.

The games include drag and drop (drag the correct phoneme into the treasure chest), matching pairs, tap on pirate-themed objects showing the phoneme, tap the word containing the sound, blending activities and more, with four or more challenges per sound. There’s a wide variety to keep learning fresh and interesting, and your child earns coins for correct answers.

At the end of each island, there are extra games revising all of the phonics learnt in that section, followed by a code-breaking activity to unlock the treasure chest – and the next group of letters. You can also manually unlock islands if you want to skip ahead.

Each app introduces a new group of sounds (Pirate Phonics 1, 2 and 3) and is available to purchase separately or as a bundle including Blackbeard’s Alphabet.

Best for preparing for the Y1 Phonics Screening Check 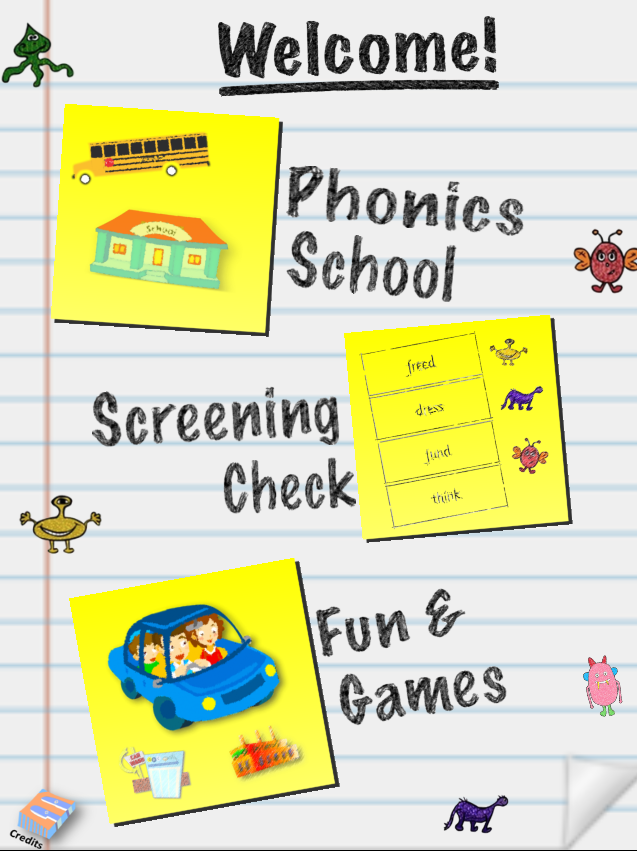 The Screening Check area has the official Phonics Screening Check past papers from 2011 to 2017 for your child to practise with. Each paper contains a mixture of words and ‘non-words’ (nonsense words that children should be able to sound out) to test their phonics knowledge. You can also test your child using a random selection of words from past tests.

For a bit of light relief, the Fun & Games area offers three games designed to build phonics skills, including the entertaining Castle Splat where children earn points by firing the missing letter by cannon into a word. 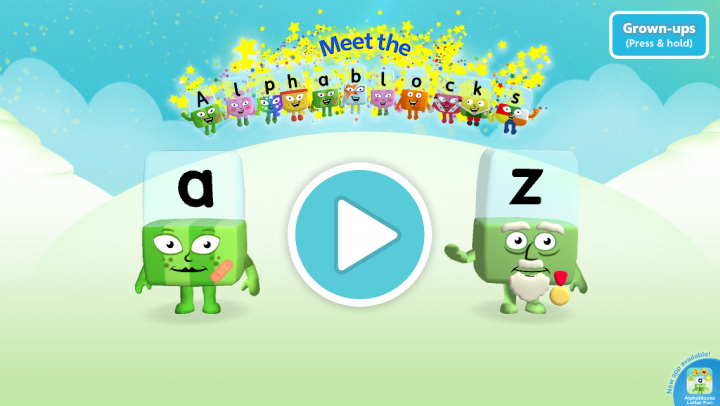 The popular CBeebies phonics programme comes to your tablet or phone in these two apps. Meet the Alphablocks introduces each letter in alphabetical order; the character sings its letter sound and the corresponding line from the Alphablocks song.

Bear in mind that Alphablocks focuses on the letters of the alphabet: you won’t find any of the more advanced two- and three-letter phonemes in the app. 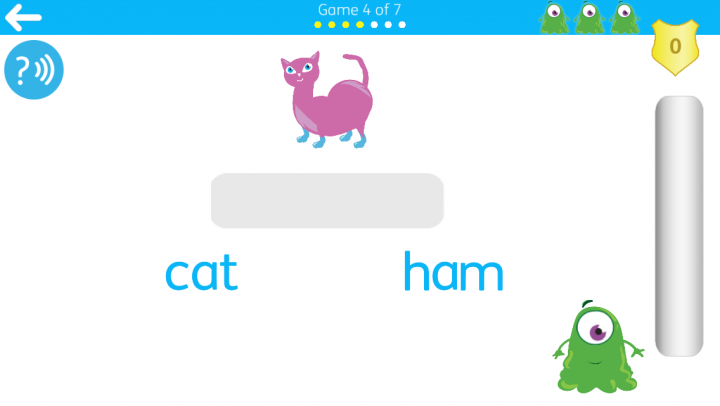 Children who are learning to read with phonics follow a set of phases, starting with simple single letter sounds (like, S, A and T) and progressing to more complicated concepts such as split vowel digraphs (magic E) and graphemes that make the same sound, such as ay and ai.

Read with Phonics complements phonics phases by systematically taking your child through each stage, unlocking new sounds as they progress. Accompanied by Albie the alien, they work through around seven activities per phoneme, including matching the sound with the letter, filling in the missing letter in a word, and matching words with pictures. It helps them learn to read by segmenting, decoding and blending; the words become more challenging as they move through the app.

The app has four colourful worlds for your child to discover – Water World, Forest World, Lava Land and Jelly City – and they score points as they complete each exercise. The app allows them to work at their own pace, with lots of incentive to keep going and unlock new sounds and levels.