From modern-English retellings to comic-book versions of the plays, there are wonderful books available to help you introduce Shakespeare's timeless stories to your primary-school child. Will you read The Tempest, A Midsummer Night's Dream or Hamlet together at bedtime tonight?
Login or Register to add to your saved resources 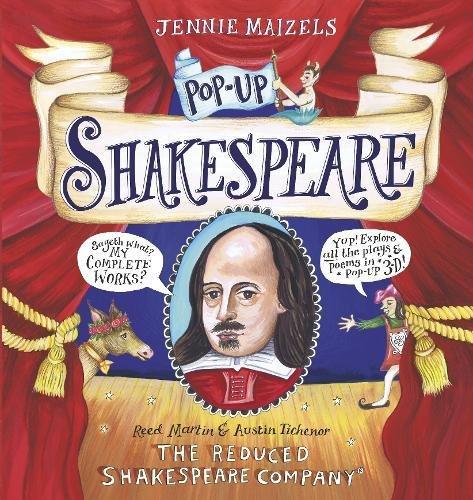 Pop-up Shakespeare: Every play and poem in pop-up 3-D by The Reduced Shakespeare Company

ALL of Shakespeare's plays and poems are featured in this story-packed pop-up book, and there are loads of jokes and funny facts to discover on lift-the-flaps, too. How has every Comedy, History, Romance and Tragedy been crammed into one volume? Make sure you look at the front and back of every one of the ingenious flaps to find out! 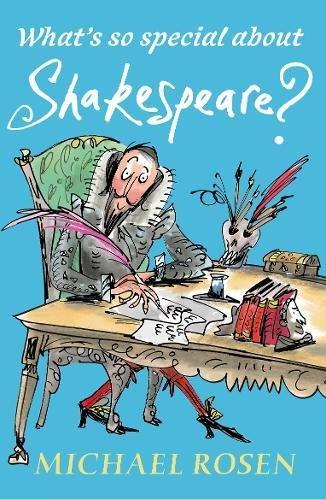 What's So Special About Shakespeare? by Michael Rosen

"Watching Shakespeare's plays is like being invited into a house full of amazing rooms," explains Michael Rosen, poet and children's literature expert – and Shakespeare lover. With a timeline, an in-depth look at four of Shakespeare's plays and loads of interesting facts and information about the man himself and the world he lived in, this is a sparky, fascinating introduction that's perfectly pitched for KS2 kids. 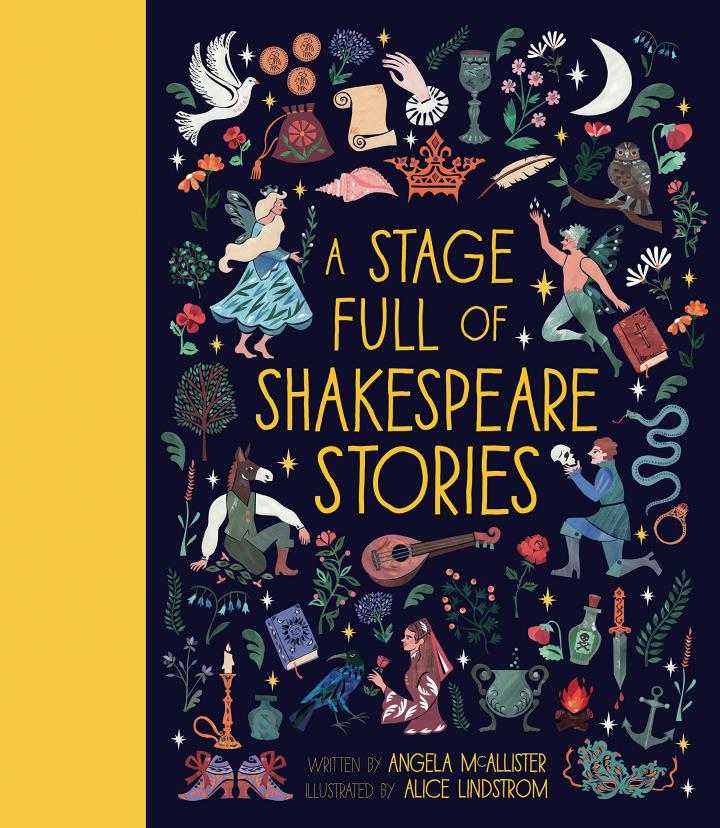 A Stage Full of Shakespeare Stories by Angela McAllister

A colourful treasury of retellings, featuring 12 of the Bard's most popular plays (such as Romeo and Juliet, Hamlet, Macbeth and The Tempest). Each story is introduced with a list of characters and beautiful title page, and plenty of Shakespeare's most famous phrases are included, making it very accessible to readers aged 7+. 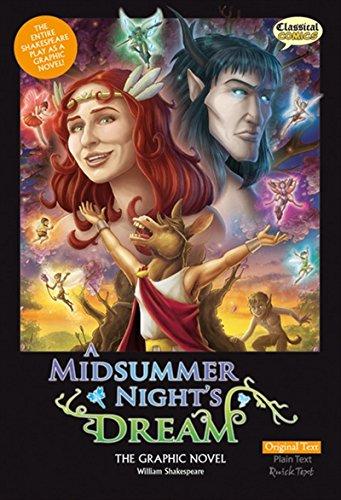 We love Classical Comics, which presents "classic" texts (with their unabridged original text or in a plain-English version or a quick text version) as graphical novel adaptations. The artwork is vibrant, exciting and perfect for comic-book enthusiasts. The Shakespeare plays available are Macbeth, Romeo and Juliet, A Midsummer Night's Dream, The Tempest and Henry V. 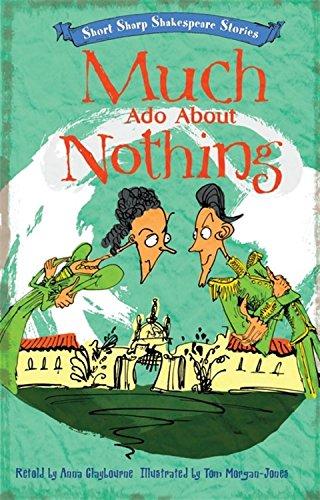 Much Ado About Nothing (Short, Sharp Shakespeare Stories) by Anna Claybourne

The Short, Sharp Shakespeare series retells Shakespeare's most famous plays in modern English for children aged 9 and above. Each book offers an introduction to the author, the plot and the characters. The story is told in short chapters with explanatory pull-out boxes about words and language and information about the play's themes and symbols, as well as a glossary and a quiz. 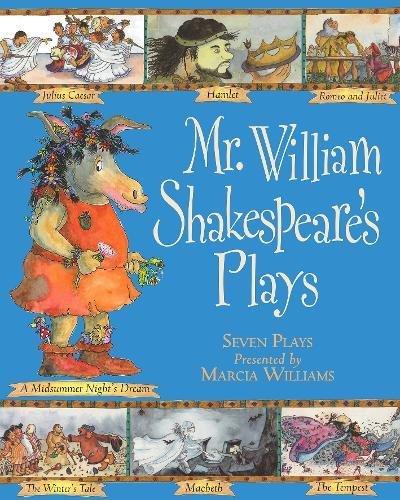 Now a classic in its own right, Marcia Williams' introduction to Shakespeare is perfect for KS2, with its witty, comic-book style and detailed artwork. As well as the play plots (Romeo and Juliet, Hamlet, A Midsummer Night's Dream, Macbeth, Julius Caesar, The Winter's Tale and The Tempest in this volume; As You Like It, Antony and Cleopatra, Richard III, Twelfth Night, King Lear, The Merchant of Venice and Much Ado About Nothing in Bravo, Mr William Shakespeare!, the second volume), audience reactions to them are featured in the illustrations. 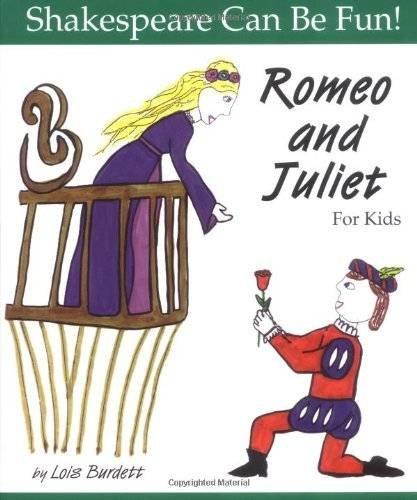 "Romeo and Juliet" for Kids (Shakespeare Can Be Fun!) by Lois Burdett

Canadian teacher Lois Burdett has been introducing Shakespeare to primary school pupils for 20 years, working with her students to illustrate the characters and the plot and presenting the text in simple rhyming verse. Seven plays are available, including Hamlet, Macbeth and Twelfth Night. 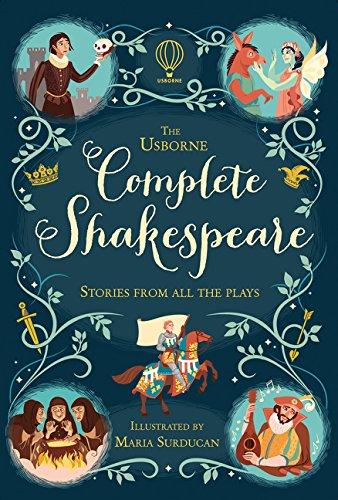 Famous and memorable quotations from each play accompany each of these Shakespeare stories, retold for children in an anthology style. All the plays are included (not just the most famous ones!) and the illustrations are beautiful. The perfect read before a child's very first live Shakespeare performance! 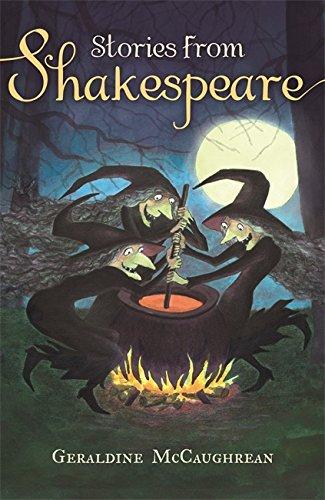 Stories from Shakespeare by Geraldine McCaughrean 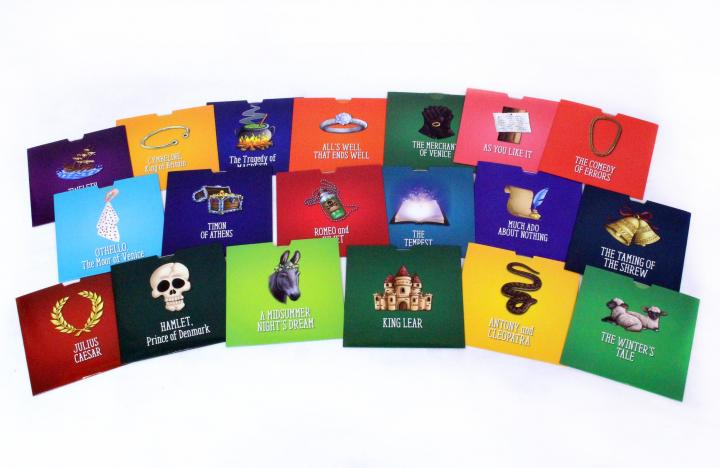 Simplified versions of 20 classic plays, these beautifully narrated books offer a fantastic audio introduction to Shakespearean stories. The printed versions are also available, but why not listen to these in the car and get the whole family excited about the Bard's tales? 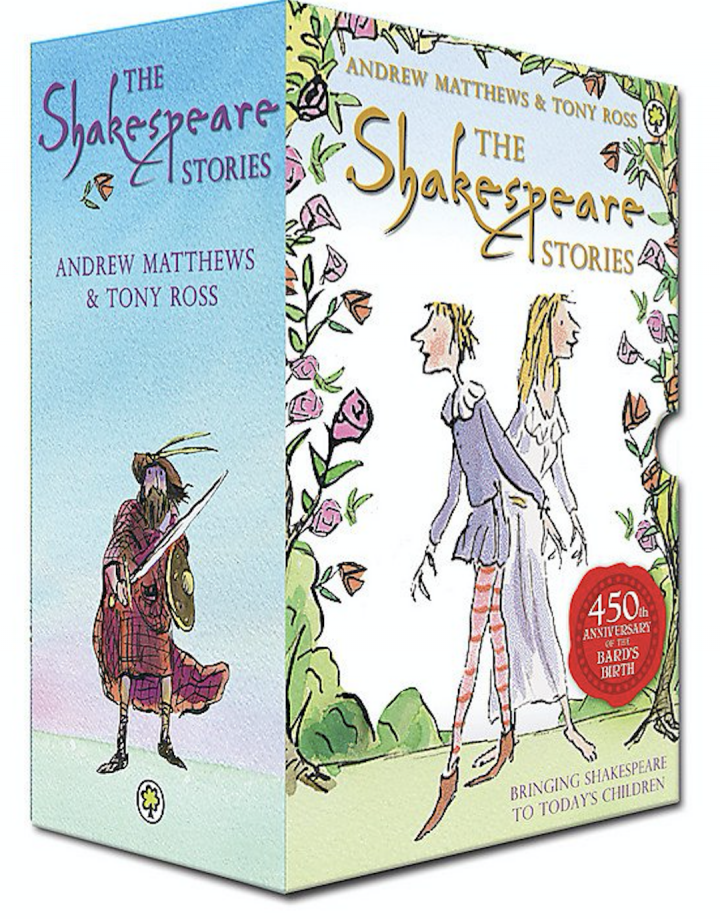 The Shakespeare Stories by Andrew Matthews

Illustrated by Tony Ross, these 16 Shakespeare mini-volumes offer a bite-sized, accessible introduction to the plays for young readers. Each book is available individually, but look out for the great-value collection sets. 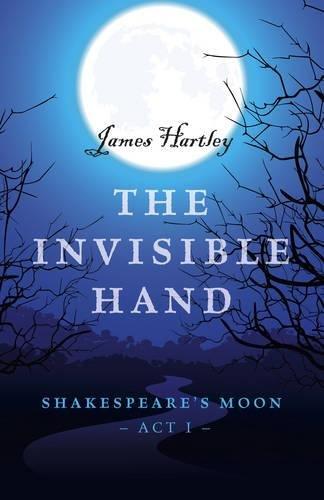 The Invisible Hand and Cold Fire by James Hartley

Kicking off a KS3 book series called Shakespeare´s Moon, in which each book is set in the same magical boarding school but focuses on a different Shakespeare play, The Invisible Hand offers an accessible, young-reader-friendly Macbeth story. The blend of modern mystery and budding romance and Shakesperean stories and themes offers an exciting (but educational) introduction to the Bard's work.