For many centuries, humans have wanted to fly just like birds. Watching their feathered friends inspired them to make wings of feathers or light wood which they attached to their arms to test their ability to fly.

It took patience, perseverance, dedication and some brilliant minds to help mankind take to the skies. Finally, in 1903, the famous Wright brothers created the first successful airplane and the possibility of humans flying became a reality!

1. Birds may have been flying for millions of years but it's something relatively new to humans!

2. Orville and Wilbur Wright are famous for creating the first successful airplane. American aviation pioneers, the Wright brothers were the brains behind the first controlled and sustained human flight on December 17 1903.

3. The Wrights' first powered flight was one of many early 20th century inventions in health, sanitation and transportation.

4. Their aircraft was called the Wright Flyer and it flew about 120 feet. Today the newest Boeing 787 can fly 10,000 miles on a single tank of fuel!

5. The famous artist, scientist and inventor, Leonardo da Vinci designed parachutes, helicopters and the ornithopter flying machine (on which the concept of the modern day helicopter is based!).

6. The Stratolaunch is currently the world's largest airplane, with a wingspan longer than a football field. It weighs in at a hefty 500,000 pounds!

7. Concorde is one of the most famous aircraft ever built. It used to reach 60,000 feet, a height of over 11 miles, which meant that passengers were able to see the curvature of the Earth! Concorde was built by French and British engineers and the first successful flight took place on 1 October 1969. In both French and English 'Concorde' means agreement.

8. In 1986 a plane called Voyager completed the first nonstop, around-the-world flight without refuelling.

9. The first direct flight between Perth in Australia and London (9000 miles), passed a major milestone in aviation history in March 2018 by reducing to 17 hours a trip that once took 12 and a half days.

Insects, birds and bats are the only living things capable of powered flight. Gliding uses little or no movement or flapping of wings; a number of animals use this method of movement but do not actually "fly". Flying squirrels, flying fish and some snakes have skin that they can stretch out and use to glide through the air. Flying fish have been known to glide for hundreds of metres thanks to enlarged fins that act like wings!

Around 350 BC the Chinese began to make kites using bamboo frames covered in paper and silk. This got people thinking about the possibility of flying! (A kite is a form of glider and does not technically fly; it is instead moved by air currents.)

Leonardo da Vinci, the famous artist, scientist and inventor, was fascinated by birds in flight and spent time observing how their bodies worked. In 1670, scientist Giovanni Borelli proved that human muscles wouldn't be strong enough to hold the big wings needed to lift a human off the ground.

December 17, 1903 was a date that made aviation history thanks to American brothers Orville and Wilbur Wright. Orville took to the sky in his first ever motor-powered aircraft. The airplane, known as the Wright Flyer, flew 120 feet (36 meters) for just 12 seconds but people were amazed that their dream of flying was now possible. Wilbur Wright's first flight was not so successful – he actually ended up damaging the airplane!

Neil Armstrong apparently carried a piece of the Wright Flyer with him to the moon!

The wings of an airplane make up just one element of flight. There are actually four forces of flight that push the plane up, down, forward, or slow it down: lift, thrust, drag, and weight.

All flight controllers and all commercial pilots who fly on international flights must be able to speak English.

Supersonic flight, which means breaking the sound barrier, is achieved when an object travels at a speed faster than sound (1235 kilometres per hour or 768 miles per hour).

For many centuries, humans have wanted to fly just like birds. Watching their feathered friends inspired them to make wings of feathers or light wood which they attached to their arms to test their ability to fly – often with disastrous consequences!

Around 350 BC, people in China began to make kites using bamboo frames covered in paper and silk. Discovering kites could fly in the air got humans thinking about the possibility of flying. Colourful kites were used by the Chinese in religious ceremonies although more sophisticated models were used to test weather conditions. Kites were key in the invention of flight as they led the way for balloons and gliders.

The first real studies of flight were produced by the famous inventor Leonardo da Vinci in the 1480s. He was fascinated by birds in flight and closely observed how their bodies worked while flying, producing over 100 drawings that illustrated his theories on flight. Although it was never built, Leonardo designed the Ornithopter flying machine. It was a very clever design that showed just how man could fly and the modern day helicopter is in fact based on this concept!

The first hot air balloon was designed by brothers Joseph Michel and Jacques Etienne Montgolfier in the 1780s. They used the smoke from a fire to blow hot air into a silk bag, which was attached to a basket. The hot air then rose and allowed the balloon to float. Their first passengers weren't of the human variety! In 1783, a sheep, rooster and a duck climbed aboard. The colourful balloon climbed to a height of about 6,000 feet and traveled more than a mile. The brothers went from strength to strength and made their first manned flight on November 21, 1783, with two passengers.

George Cayley was the brains behind the first glider that could actually go short distances, built in 1799. He spent 50 years making improvements to the gliders, changing their wing shape and adding tails. He also realised that there would be a need for power if a flying machine was to be in the air for a long time.

German engineer, Otto Lilienthal (1848-1896), became known as the 'Glider King'! He studied aerodynamics and was the first person to design a glider that could fly a person and long distances. The Wright brothers said he was a major inspiration. Like Da Vinci, Otto based his studies on birds and how they fly. In 1889, he wrote a book on aerodynamics. The Wright Brothers used this as the basis for their designs. Berlin's busiest airport is named after Lilienthal.

The Wright Brothers first tested their ideas of flight with a kite. They learned about how the wind would help with the flight and how it could affect the surfaces once up in the air. Time and dedication were key! The brothers spent three years testing and learning about how gliders could be controlled. They designed and used a wind tunnel to test the shapes of the wings and the tails of the gliders. Once they had perfected the glider shape, they then set to creating a propulsion system that would create the thrust needed to fly. Amazingly the first engine they designed generated almost 12 horsepower, the same power as two hand-propelled lawn mower engines!

On December 17, 1903, the 'Flyer' travelled 120 feet in 12 seconds with Orville as pilot, but it was unstable and difficult to control. The Wright brothers spent two more years perfecting their design. On 5 October, 1905, Wilbur piloted the Flyer III for 39 minutes and about 24 miles of circles!

Humans were now able to fly!

Try making your own loop airplane

The How Things Fly page on the Smithsonian National Air and Space Museum website is packed with activities: explore wing shapes and the other factors affecting lift, take an aeroplane Distance Challenge, practise flying with a Controlled Flight simulator and build a rocket

America by Air: interactive activities about the history of flight

4 activities to help you celebrate the Wright brothers’ flight

Engineering the Wright Way is an online game

Best books about the history of flight for kids 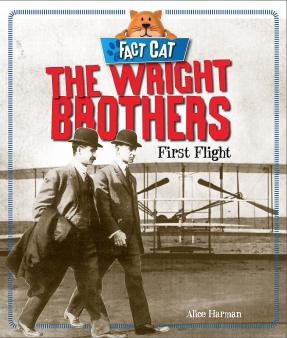 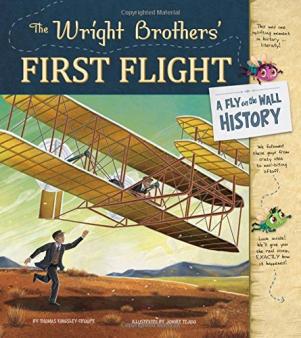 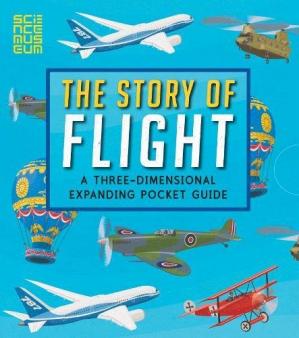 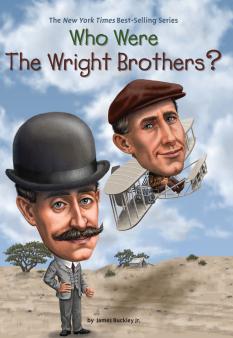 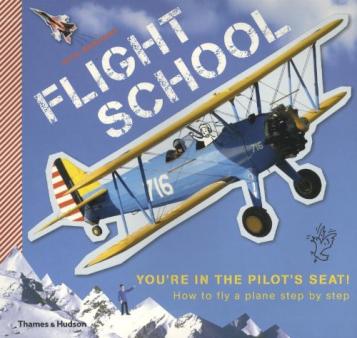 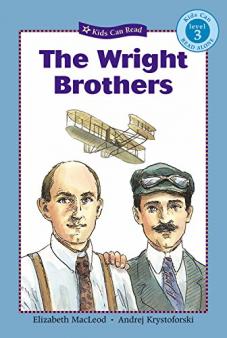 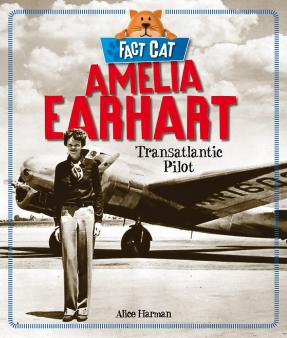 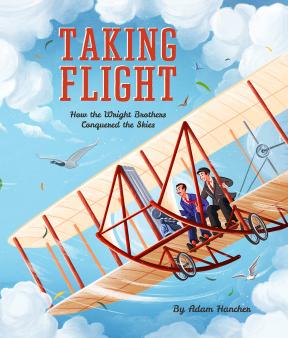 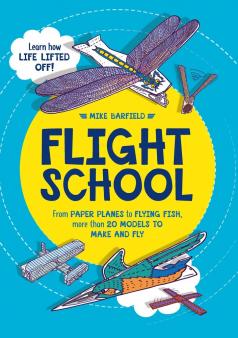 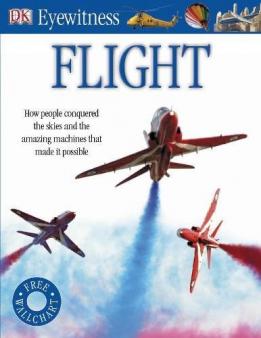 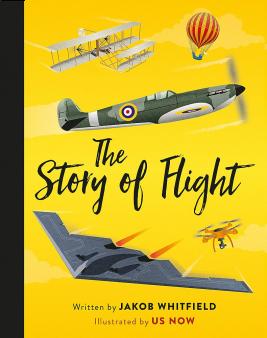 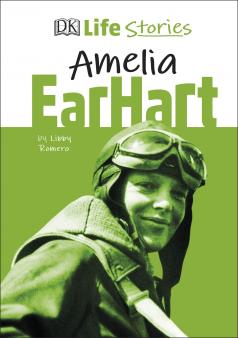 Watch BBC Bitesize videos: a whistle stop tour through the history of flight, information about how planes fly and details of air travel in the 20th century

Information about the early years of air transportation

Read about the history of aircraft on the DK findout! site

The Kiddle Encyclopedia's entries on the Wright brothers and flight

Find lots of information about the Wrights' first flight

Look at all the different aircraft humankind has produced

Discover more about how the Wright brothers invented their flying machine

Learn more about airplane anatomy and the 1903 Wright Flyer

Northern Ireland has a long history of pioneering aviation

Visit the National Museum of Flight in Scotland

The Royal Air Force Museum explores the milestones of flight