Jainism is an ancient religion. Jains trace their beliefs and history through a succession of twenty-four leaders (tirthankaras). Today there are about 4 to 5 million followers of the religion, mostly living in India, and they are known as Jains.

Jainism is based on the idea that people should never be violent in what they think, do or say.

Unlike some religions, Jains do not believe in a god or creator.

2. Jains believe that in every epoch 24 tirthankaras are born in intervals, and live to spread the teachings of the Jaina faith.

3. At present, Jains are following the religious order set up by Mahavira about 2500 years ago. He was the twenty–fourth tirthankara of this present epoch.

4. Jainism's most important idea is that people should never be violent in what they think, do or say.

5. Jainism is not a religion that believes there was a god who created everything. For Jains the universe is without beginning or end.

6. Jains believe all living things are trapped in a cycle of birth and rebirth and aim to achieve moksha, release from this cycle.

7. People who achieve moksha during their life are called jinas (those who overcome), and this word gives the religion its name. People who follow Jainism are called Jains.

8. Jains do not worship any gods or saints.

9. Mahavira is reported to have said: "Non-violence is the highest religion."

10.  In August or September, the Jains hold their most important festival, called Paryushana.

Jains do not believe there was a God who created everything and don't worship gods or saints.

In Jainism, all life has a soul, whether you're a plant or a person.

As a result of their beliefs, Jains are vegetarian and many choose to become vegan.

Jains try very hard to avoid harming any living things, even very small ones, and often sweep insects away from their path so they won't hurt them.

Most Jains do not include mushrooms, honey or root vegetables in their diet. Jains prefer to eat foods like apples because eating an apple doesn't kill the tree.

Jains do not drink alcohol or take drugs that might change their state of mind.

Fasting – where people choose to go without food, drink or both for a period of time – is common in Jainism.

People who follow Jain teachings also have as few possessions as possible. Some don't even own clothes and are known as digambaras ("sky-clad").

The swastika, which became a symbol of Nazi Germany, is in fact an important symbol in Jainism although its Jain meaning is completely different. The swastika has four sections and each represents a state of existence: human life, plant / animal life, heavenly beings and hellish (bad) beings.

People who follow the Jain religion believe in reincarnation (rebirth) and karma.

There are thousands of Jain temples in India.

Jainism is a very old religion that began in India.

From the beginning, Jainism was based on the idea that people should never be violent in what they think, do or say. There are about 4 to 5 million followers of Jainism and most of them live in India. People who follow the region are known as Jains.

An important figure in the history of Jainism was Mahavira, who lived in India in the sixth century BC, during the time of Buddha. Mahavira was also thought to be a prince who gave up everything he had to find out more about spirtuality. He fasted and meditated for twelve years and gradually he freed himself from the concerns of the world. By doing this he gained what is called 'enlightenment' and began preaching and teaching. Mahavira influenced many people with his findings and helped make the religion what it is today.

Care and compassion for all life – whether human, animal or plant – is of key importance in Jainism.

Jains believe that every living thing, no matter how small, has a soul and should not be harmed. Some Jain monks even sweep the ground in front of them as they walk just to make sure they don't step on an insect, or wear a mask to stop themselves from swallowing one!

Jains celebrate their most important festival in August or September. It is known as Paryushana or Daslakshana and lasts 8-10 days. The festival is an important time for Jains during which they often fast and meditate.

Jains believe in rebirth of the soul. That means they believe that when a living being dies the soul is born in another body. The main goal of Jainism is to reach something called moksha (ending the cycle of birth-death-rebirth). Jains achieve moksha when they reach enlightenment or what Jains call 'god's knowledge'. According to Jainism the things people do during their lives attract karmas, which can be good or bad. The karmas are attached to a person's soul and affect what happens to them in later rebirths. When the soul achieves moksha it is liberated from the karmas and rises to the top of the universe and a state of happiness known as nirvana. The people who have reached moksha are called tirthankaras.

Jain temples are beautiful buildings and inside you will always find 24 statues of the tirthankaras. Although Jains do not believe in one God, they use the tirthankaras as guides for their daily lives. Worshippers stand in front of each statute and bow and pray. Then pour an offering of milk, yogurt, butter, sugar and flowers over the statues.

Read The Elephant and the Rabbit, a Jain story about non-violence for children

Try some quizzes, crosswords and puzzles about Jainism

Jain games, animations and English songs are available on the Kids' section of Jain World 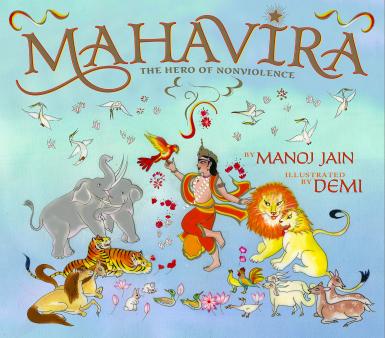 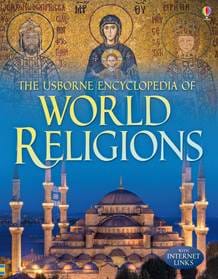 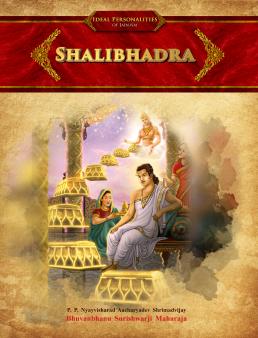 A kids' guide to Jainism

Read the BBC's guide to the Jain religion

Read the story of Mahavira

Find out about Jain religious pilgrimages

The Encyclopedia Britannica's entry on Jainism

The Victoria & Albert Museum in London has one of the largest collections of Jain art in the UK, including sculptures and paintings. Visit in person or see some of the art online

There is a Jain Museum in India

See a picture slideshow of a spectacular Jain festival