South Africa is the southern most country of the continent of Africa.

The "Rainbow Nation" is home to world-famous wildlife reserves, national parks and a huge coastline (the Indian Ocean runs alongside the east coast of South Africa and the Atlantic Ocean to the west).

It is also famous for overcoming its history of apartheid and for the work and achievements of its most famous statesman, Nelson Mandela.

1. South Africa is known as the "Rainbow Nation" because its people belong to so many different races. Settlers from Holland, Britain, India and Malaysia went to live in South Africa in the past, and one of the largest groups of native people were the Ndebele. All the descendants of these different peoples are now South African.

2. South Africa has three capital cities: the President lives in Pretoria, parliament meets in Cape Town and the law courts are in Bloemfontein.

5. The official currency of South Africa is the rand.

6. During much of the 20th century, apartheid, a political system of institutionalised racial segregation and discrimination dominated life in South Africa; non-white South Africans were forced to live in separate areas and use separate public facilities and they were not allowed to vote. Today all South Africans have equal rights.

8. The Kruger National Park is the largest game reserve on the continent and one of the main tourist attractions in South Africa.

9. Nelson Mandela (President of South Africa from 1994 to 1999) was the first in his family to attend school. He was an equal rights activist who was imprisoned for 26 years but went on to become one of the world's most respected politicians.

10. Christianity is the religion of 86.8% of South Africans.

South Africa is the only nation-state named after its geographic location.

South Africa was the first African country to host the FIFA Soccer World Cup in 2010.

Table Mountain in Cape Town is one of the oldest mountains in the world. It is flat and looks like a table!

South Africa is famous for its diamond and gold mines.

South Africa is home to amazing animal life, including the world's biggest land mammals (elephants, rhinoceroses and hippopotamuses), the tallest mammals (giraffes), the fastest (cheetahs) and the smallest (the pygmy shrew).

Football, rugby and cricket are the country's most popular sports. Traditional African games like dibeke (a ball game) are also played.

Desert, grassland, mountains and coastal regions are present in South Africa. The longest river is the Orange River which also forms part of the border between Namibia and South Africa. The Tugela Falls are the second-highest waterfalls in the world after Niagra Falls in Canada.

Although South Africa is known for its warm climate and safari experiences, in the Drakensberg mountain region there is snow in the winter. You can even ski there!

Around 77 per cent of the population of South Africa are black Africans from different ethnic groups (the Zulu and the Xhosa are the largest sub-groups). Around 11 per cent of South Africans are white and speak either Afrikaans (a language similar to Dutch spoken by descendants of Dutch, French and German settlers) or English. After whites, people of mixed race are South Africa’s next-largest minority group and known as Coloureds.

The native people of South Africa were the San and the Khoekhoe people, hunter-gatherers who lived in the south of Africa 10,000 years ago. European settlers arrived in the 1400s and Dutch settlers built a shipping station at Cape Hope in 1652. Britain first occupied the Cape of Good Hope in 1795.

South Africa is one of the world's largest mineral producers. It exports gold, diamonds, platinum and chromium. It is also the world's third-largest producer of coal.

South Africa is also the most popular tourist destination in Africa.

For much of the 20th century South Africa’s white minority-dominated government separated the population by race in a system known as apartheid. People of different races were forced to live in different places and black people were not allowed to vote or have equal rights to the white population. The apartheid regime caused South Africa to be isolated from the rest of the world. In 1994 the election of an all-race government ended apartheid. Nelson Mandela (1918-2013), South Africa's first black President, worked with South African politician Frederik Willem De Klerk to end apartheid; the two men were awarded the Nobel Peace Prize in 1993.

Print out and colour the flag of South Africa

Make your own rock art like the San hunter-gatherer people

Comics from the Apartheid Museum explain the history of apartheid through the eyes of a young boy; read them for free online

Make your own 3D shoebox safari

Spot South Africa on a map of African countries

Listen to rhymes and songs in Afrikaans 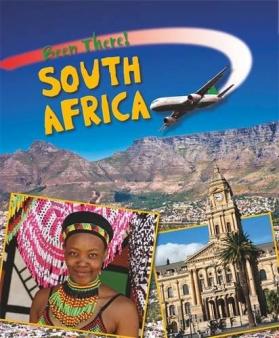 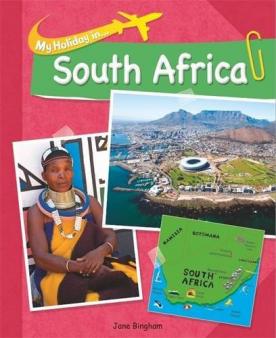 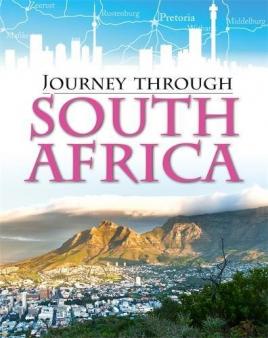 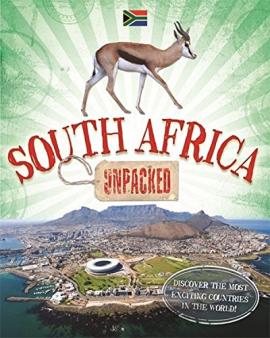 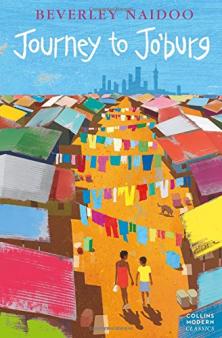 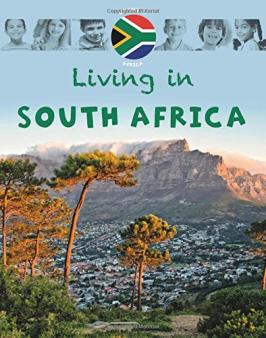 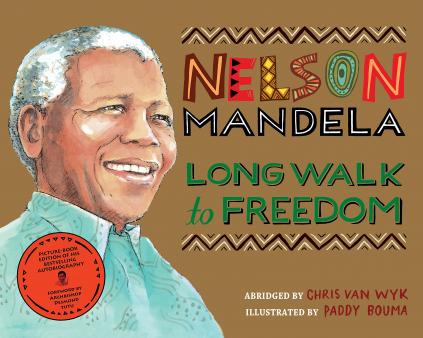 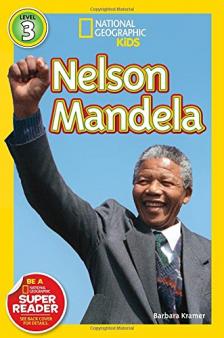 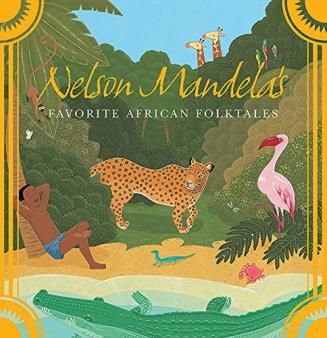 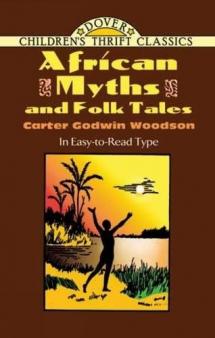 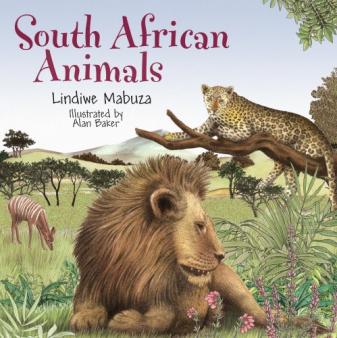 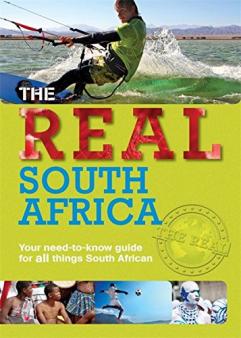 A map of South Africa

Read about Nelson Mandela, the "father" of the South African nation

A kids' guide to apartheid and Nelson Mandela

A child's experience of apartheid

A BBC timeline of historical events in South Africa

Find out more about the Xhosa, Zulu and San people of South Africa

Resources about Nelson Mandela and his life

Fact files and information about the animals who live in Africa

Kruger National Park is visited by 1.4 million safari visitors a year and is home to thousands of animals