Planning a family film night but not sure if the movie is suitable for everyone? Find out how film ratings are decided, why they're used and how relevant the classifications actually are in our parents' guide and make an informed decision about what film to watch next with the kids.
Login or Register to add to your saved resources
The BBFC (British Board of Film Classification) symbols are a familiar reference most of us use when considering the suitability of a movie for our children.

Trial it for FREE today
Lucy Brett, Head of Education at the BBFC, helps shine a light on film classification in the UK and explains how to use the ratings to make informed decisions about your family's entertainment.

What are age ratings for films?

Age ratings are recommendations for parents and carers to help them decide what is appropriate for their child depending on what stage of development they are at. Legally, these must be followed by cinemas, and no one under the age of 12, 15 or 18 can purchase a film with those ratings. However, what you choose to watch at home with your children is up to you.
“We don’t tell people what they can and can’t watch, but instead offer clear guidance to parents and children so that people can choose content well. We know that every family is different and that everyone is affected differently by content, so what we do is offer parents, carers and children a useful guide to what’s suitable and play a valuable part in helping them decide, and even negotiate, what to watch and what to avoid,” says Lucy.

BBFC age ratings and what they mean 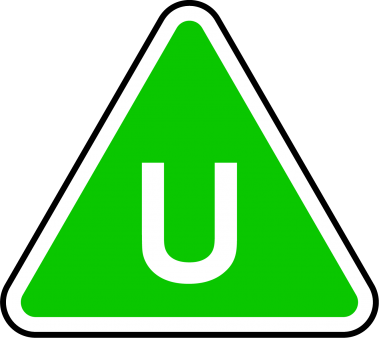 Age 4+
The U stands for universal and is applied to movies suitable for most ages. These movies should be positive in tone and should make clear differences between right and wrong. There should be no dangerous behaviour that children can copy and, at most, there may be occasional very mild bad language. 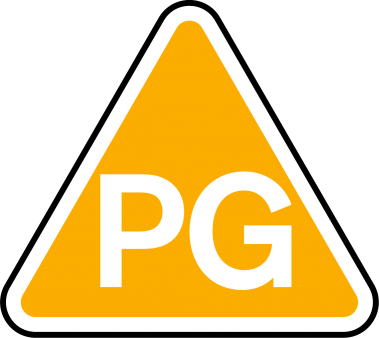 Age 8+
PG stands for parental guidance and these movies can be a little more complicated or intense than a U rated film. PG films might include some heavier topics, such as racism or bullying, but not in a way that condones such behaviour. Any bad language is mild, and there may be mild innuendo and references to sex. 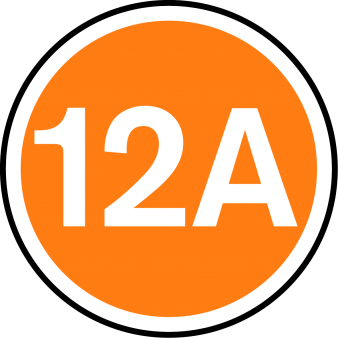 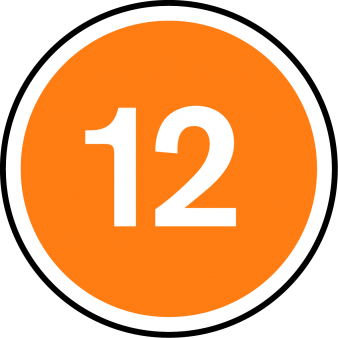 Age 12+
The 12A rating only applies to films shown in cinemas. This means a child under the age of 12 must be accompanied by a grown-up.

The 12 rating is used for DVDs and video-on-demand and cannot be sold or rented to anyone under the age of 12. Weapons and bad behaviour may be included in these movies but should not be shown as attractive and should not be glamorised. Moderate bad language, and sometimes strong language depending on the context, may be used. Sex scenes should be short and discreet. 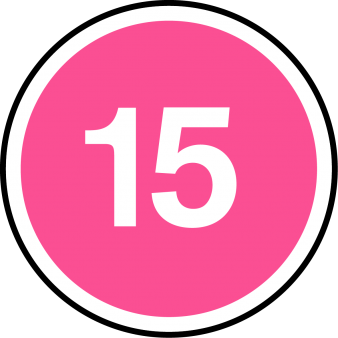 Age 15+
This rating reflects the fact that although teens are often aware of many adult topics, there is still some content that is too 'mature' and may be unsuitable. Behaviour such as suicide and self harm may be inlcuded but not in great detail. Use of illegal drugs may be shown but should not be promoted, and strong language is permissable. Sex scenes may be included but not excessively or explicitly. Strong violence is allowed but it cannot dwell on 'inflicting pain or injury'. 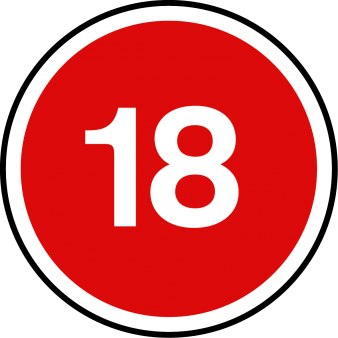 Age 18+
This rating signals that a movie's content may be very graphic and should not be watched by anyone under the age of 18. The film may include very strong language, explicit sex scenes and strong violence. The BBFC only request limitations on the content if is a risk to adults or society or the content is illegal in any way.

How are ratings applied?

The BBFC apply ratings to content using Classification Guidelines based on people’s opinions and UK law. This is updated every four to five years through a wide-scale public consultation conducted by independent researchers.

The guidelines, which were last updated in February 2019, take into account people from different communities and age groups across the country to understand what matters to families and how attitudes are changing – such as what worries parents and children about things they see on-screen, the pressures young children, teens and parents can feel under, and how families make decisions about what to watch.

"For films for cinema release, at least two of our Compliance Officers will watch the content and discuss their decision at the end. They will then recommend an age rating using the published BBFC Classification Guidelines and in most cases, their recommendation is approved by the Compliance Manager or the Head of Compliance,” says Lucy.

When and why movie ratings change

In 2018, the BBFC consulted people from all over the UK and ran 32 focus groups made up of parents of young children, regular film viewers, teenagers and empty nesters. This consultation revealed attitudes towards sexual threat and sexual violence have moved on since 2013/14.

"Although the BBFC already classifies this type of content restrictively, people told us that this type of behaviour should receive a higher rating. We therefore adjusted our Classification Guidelines in these areas.

"Similarly, concern has increased in recent years about discriminatory attitudes, language and behaviour, particularly in films aimed at children and families. This means that, when re-submitted, films that might have been classified using our previous guidelines might be rated higher or lower. For example, Jaws (1975) was reclassified for video release in 2012 and moved from a PG to a 12A to reflect people’s views on bloody detail and gore.

"On the other hand, Gremlins (1984) was originally rated 15 but that was because the only choices available at the time were U, PG, 15 and 18. Without the benefit of either a 12 or 12A category before 1989, we had a starker choice to make between PG or 15. The film is now rated 12A which is a far better fit for its comic tone and appeal to a younger teen audience.”

Why are movie age ratings important?

“Many families still love watching stuff together, but we’re all using phones and tablets more and more. Children’s screen time is growing and children themselves are deciding what to watch at an ever-younger age. So giving straightforward advice that helps families decide what to watch with confidence is more relevant than ever. Helping children learn how to choose for themselves is increasingly important, so that they can view what’s right for them, whatever they watch."

Lucy adds: "We take what we do seriously because we know that our decisions can have a big impact on people. We always work to get the balance right between helping children avoid seeing unsuitable things on-screen, but at the same time not unreasonably stopping people from watching what they want.”

Do teachers check age ratings when films are shown in school?

“Our guidelines research showed that large numbers of teachers, especially those taking care of much younger children, for example in nursery and infant classes, always check age ratings before showing films to pupils. This said, the same research also showed that a significant proportion of teachers are concerned about the effects of what children they are taking care of are viewing online."

“To help increase awareness of our age ratings, but also to help children and young people develop the skills they need to make the right choices about what content they view, we have also created two teaching resources for use in PSHE Lessons, one for Key Stage 2 and one for Key Stage 3. Written with the PHSE Association, these allow teachers and pupils to reflect on what content they can and can’t see, how issues such as sex and relationships are shown in films, and how and why we have rules and regulations in the first place. The resources were also designed to help children hone vital skills such as resilience, decision making, and strategies to avoid peer pressure.”

Is there an official site where parents can check the rating of a specific movie?

We have also just launched a Parents’ Guide to Age Ratings, to help all parents and carers understand age ratings and explain them to the children they care for. This helps parents navigate content and help their families choose well. It is free to download, and is also available on the BBFC app."

The BBFC also have a website specifically for children called CBBFC which includes information aimed at children aged 8-11 about recent film releases and a version of the BBFC Guidelines written for children explaining what we pass at each category. It offers activities such as Rate a Trailer, allowing younger children to have a go at watching a trailer, noting the issues, and thinking critically about how they would rate the trailer themselves and how their view compares to the recommendation the compliance team made.

"This is a really good way of allowing children to explore their own tastes, sensitivities and standards, and think about how they make decisions about what they watch, especially in a world where children are increasingly able to make decisions for themselves as they are viewing on their own devices or on their own in the home,” says Lucy.

Read our parents' guide to gaming age ratings for information about how the PEGI (Pan European Game Information) in Europe and the ESRB (Entertainment Software Rating Board) system in the USA rate games according to age, content and suitability.