Australia is a continent and an island – in fact it’s the world’s biggest island but the world’s smallest continent!

Australia is located in the South Pacific Ocean and can be found on the opposite side of the world from Europe which is why people in the UK often refer to Australia as ‘down under’!

Officially known as the Commonwealth of Australia, it is the sixth largest country in the world and comprises of mainland Australia, the island of Tasmania and numerous smaller islands. The capital city is Canberra and most people speak English.

The Aboriginal and Torres Strait Islander peoples, who have lived on the continent of Australia for over 60,000 years, have the oldest living culture in the world.

1. Although Sydney is Australia’s most well-known city, Canberra is actually the capital.

3. The currency in Australia is the Australian dollar.

4. English is the commonly spoken language in Australia although ’Australian English’ has a distinctive accent and vocabulary.

5. The first people who arrived in Australia were the Aboriginal and Torres Strait Islander peoples. They came by boat from the islands of Indonesia and lived in all parts of the country for an estimated 60,000 years before the arrival of British settlers in 1776.

6. The Aboriginal Australians lived in different tribes and spoke about 250 different languages. They invented tools like the boomerang and the spear.

7. Australia comes from the Latin word ‘australis’ which means southern.

8. The Great Barrier Reef is the world's largest reef and can be found off the north-east coast of Australia.

9. The Great Barrier Reef is about 1616 miles in length which is about as far as going from Land’s End to John O’ Groats and back again! It’s so huge that it can be seen from space.

10. Over 23 million people live in Australia.

The koala is perhaps Australia’s favourite native animal. They can be found in the eucalyptus forests in Eastern Australia and are marsupials, which means they carry their babies around in their pouch. The name koala is actually an Aboriginal phrase meaning ‘no drink’. Koalas seem to get all the liquid they need from the leaves they eat and don’t appear to drink water! Would you believe that koalas spend an enormous 18 hours a day sleeping? Munching on leaves for hours on end is obviously tiring work!

Australia is an animal lovers' paradise. It is home to more reptiles than any other country, with over 750 different species living there.

Australia is also home to some of the world’s most deadly creatures, including snakes, spiders, sharks and crocodiles. In fact 20 of the top 25 most venomous spiders come from Australia!

People often refer to Australia as ‘down under’. This is because it’s located in the southern hemisphere whereas the UK is in the north so it literally is on the other side of the world. Their seasons are opposite to ours and when you go to bed at night, people in Australia are just waking up!

A ‘lamington’ is an Australian delicacy! They are cubes of sponge cake with a chocolate coating, rolled in desiccated coconut usually served with whipped cream.

The acacia is the country’s national flower.

Due to its sunny climate, the Australian BBQ or ‘barbie’ is very much part of the country’s culture and most meals are eaten ‘al fresco’ – in the great outdoors!

The Australian outback, an area of hot and dry desert, is one of the most empty and uninhabited places on Earth. Most Australians live in coastal towns and cities in the southeast of the country.

With such a warm climate (it’s the driest continent) and many, many beaches, Australia is not only a popular place to holiday, it’s a country that many British people have chosen to move to. In fact around 20,000 Britons emigrate to Australia every year.

The continent of Australia is divided into six states:

Australia is located in the southern hemisphere which means its seasons are exactly the opposite of those in the northern hemisphere where the United Kingdom is. Australians enjoy their summers in December, January and February which is why they often have Christmas dinner on the ‘barbie’! Their winter months are June, July and August but there is still plenty of sunshine and their winters are generally mild.

The first people who arrived in Australia were Aboriginal and Torres Strait Islander peoples. But Australia was to be discovered by others, too. In 1770 the now-famous Captain James Cook set off on a voyage of discovery, charting the east coast of Australia in his ship HM Endeavour. He named Eastern Australia ‘New South Wales’. In 1788 Britain claimed the first of six colonies. On 1 January 1901, the six colonies joined to form the Commonwealth of Australia. This means they have the same King or Queen as Britain although the monarch only performs a ceremonial role. Australia has a democratic government.

Every year on 26 January, Australians celebrate Australia Day which marks the anniversary of the 1788 arrival of the First Fleet of British Ships at Port Jackson, New South Wales, where the British flag was raised by Governor Arthur Phillip.

The Great Barrier Reef is the biggest reef in the world, so huge in fact that it’s about the the size of 70 million football pitches – that’s really hard to imagine! It’s also home to over 1500 kinds of fish. The Stout Infant Fish is the smallest at only 7 millimetres long while the whale shark is the biggest, and can grow up to a massive 12 metres long! While the Reef may be a huge tourist attraction, it is also home to some of the most dangerous animals in the ocean, including the Box Jellyfish and Blue Ringed Octopus.

The biggest river in Australia is the Murray, which forms the boundary between the states of New South Wales and Victoria. Because there is so little rain in most parts of the country, many of Australia’s lakes and rivers are quite dry for much of the time.

Uluru (also known as Ayers Rock) is a very famous Australian landmark. Called the sacred mountain ‘Uluru’ by the Aboriginal people, it is found right in the middle of the country and is the largest single standing rock in the world. It measures an impressive 3.6 km in length, is 1.9 km wide and 348 metres high and is a very popular tourist attraction.

People often refer to land in Australia as the ‘outback’ or the ‘bush’. By this they mean the sparse desert landscape which makes up two thirds of the country. So although Australia is a big country, there are many parts that aren’t suitable for living which is why overall it has a low density of population.

Boomerang: a wooden weapon used for hunting which returns to its thrower, invented by the Aboriginal people of Australia.

Great Barrier Reef: the largest reef in the world, found off the north-east coast of Australia.

Indigenous people: the original inhabitants, the natives of a country.

Marsupial: an animal that carries its young in a pouch, such as kangaroos, wombats and koalas.

Outback: the bush or desert, a mostly uninhabited region of Australia.

Uluru: the Aboriginal people's name for their sacred mountain, found in the middle of Australia.

Colour the Australian map or the country’s flag

Have fun creating some of Australia’s amazing animals with some free craft activities!

Complete some Australia-themed wordsearches and worksheets

Make your own paper model of Sydney Opera House

Enjoy a game of Backyard Cricket (but read the official rules first!)

Interactive games to teach you about living in the Australian landscape 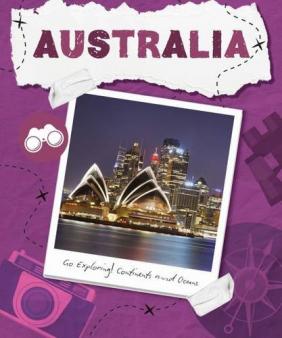 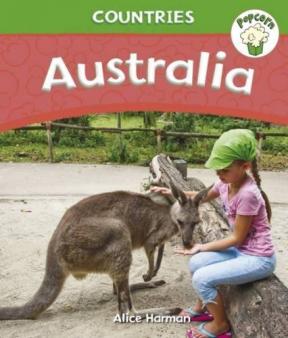 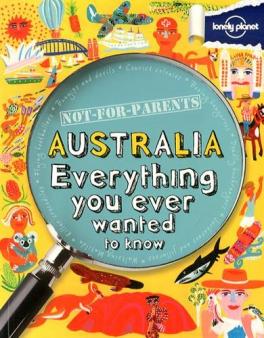 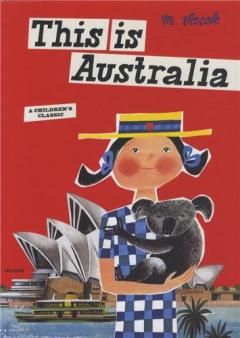 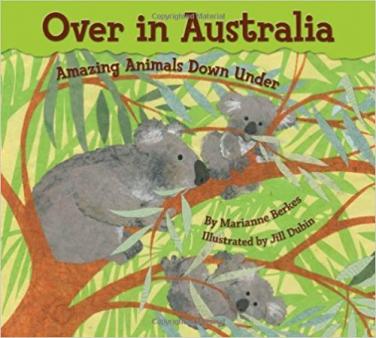 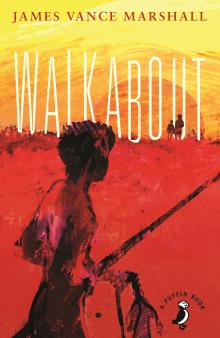 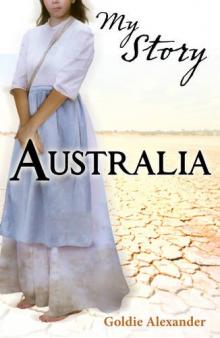 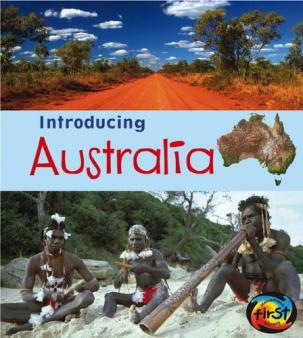 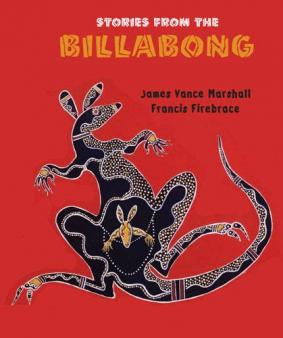 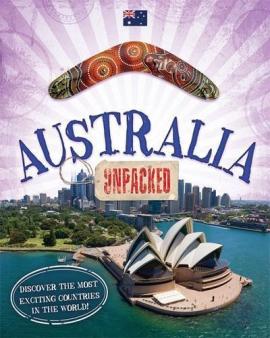 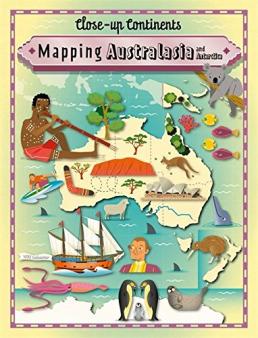 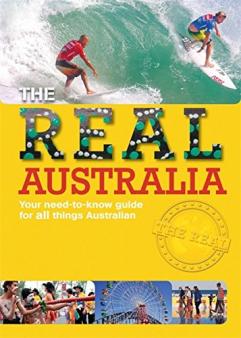 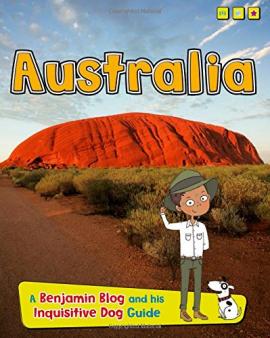 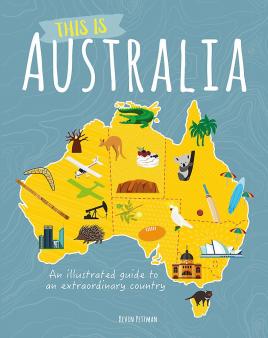 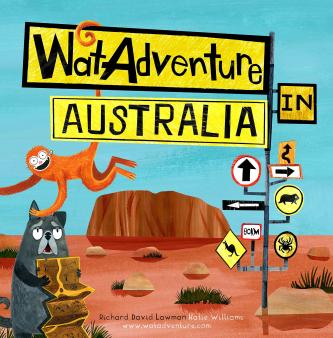 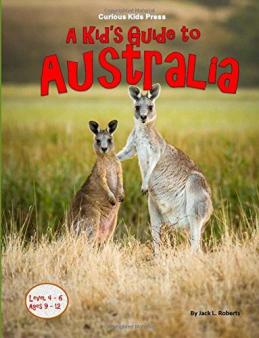 A kids' introduction to the continent of Australasia

Download a huge free booklet, Tell me about Australia, and have all the facts at your fingertips!

An encyclopedia guide to Australia

Get to know Australian animals! Find out about the platypus, kangaroo, echidnas, koala, possum, kookaburra and wombat through educational videos

Australian Journey: The Story of a Nation in 12 Objects is a video series exploring the Australia’s history

Information about the geography of Australia

Captain James Cook, the most famous maritime explorer of the 18th century, mapped the islands of the Pacific, New Zealand and Australia. Find out more about Cook’s journal, written on board his ship, the Endeavour, during his trip down under in 1770, to discover Cook’s first impressions of Australia and watch a video to see what life might have been like on board the Endeavour in its three-year voyage

A children's interactive guide to Captain Cook's voyage to Australia

Rabbits have been a big problem in Australia!

Find out more about the plants and animals of Australia

The Great Barrier Reef is a UNESCO World Heritage site

Discover more about life in the Australian desert

From the First Fleet and the Endeavour Tour to the Eureka Stockade and Australia's first Parliament, find out about Australian history in videos for children

See Sydney Opera House online on their website, then read about the famous Bondi Beach and Sydney Harbour Bridge

Pay a virtual visit to the National Museum of Australia

Look around a replica of the HMB Endeavour

A tourists' guide to the Great Barrier Reef

Take a visual journey to Uluru

See Australia for yourself in these fabulous pictures