Discover the extensive history of the British capital at the Museum of London, which is also the largest urban history collection in the world!
Login or Register to add to your saved resources

Tim Joseph visited the Museum of London with Robert, 5.

As the name implies, the Museum of London is dedicated to the history of London and its people, from prehistoric times, through founding of the city by the Romans to the present day. Each age of the city's history has its own permanent gallery, laid out in chronological order.

Best for Nursery and Reception kids

While this age group will enjoy looking at skulls and bones in the London Before London gallery and models spread thoughout the Roman and Medieval galleries, there isn't a great deal of interactive material, and most of the museum is aimed at reasonably confident readers.

Having said that, right at the end of the museum, there is a rest area with wooden tube trains and trams that little ones will enjoy playing with.

Standout features for my son were looking at the prehistoric skulls, flint axes/spears and bones in the London Before London Gallery, and the reconstructed rooms in the Roman gallery – including one with a mosaic floor. He also enjoyed video exhibits about the spread of the Black Death and the Great Fire of London, and a reconstructed 18th Century prison cell. 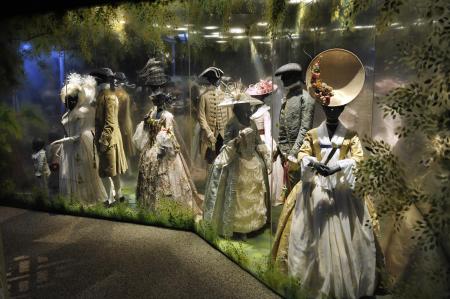 Children in KS2 will be learning about many of the events and eras that the museum covers, and, whichever of the galleries covers the things that they are learning will have exhibits to bring it to life.

Best feature for older children are the exhibits about the Great Fire of London, particularly various paintings and the video. The Victiorian Street at the end of the museum is also good, and includes a penny-farthing bicycle and street lamps. 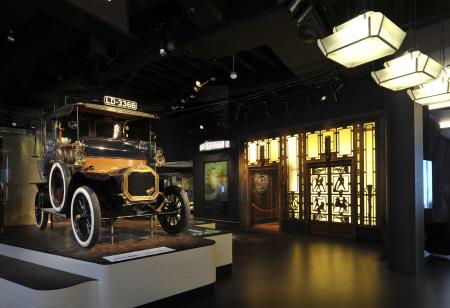 You can walk around sections of the Roman city walls by leaving the museum and walking along London Wall and going down a short access road (this curves sharply and slopes down). You can also get to the edge of one of the ponds in the Barbican Centre by walking along the wall. 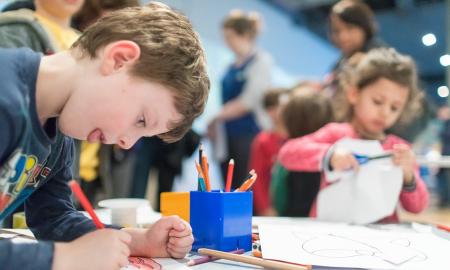 During the holidays there are often workshops that children can participate in, and family-friendly walking tours looking at the history of the city.

There's a coffee shop at the end of the museum, before you go back up the stairs to the main entrance/hallway. The cookies and cakes looked good, but were a treat at £3-£4 per slice of cake.

The main cafe is located right beside the main entrance. It offers a reasonable selection of hot and cold light meals. Quiches and frittatas are around £10, sandwiches and salads from £5.

There's also a lunch hall where you can eat your own packed lunch, but this is only available out of school terms. 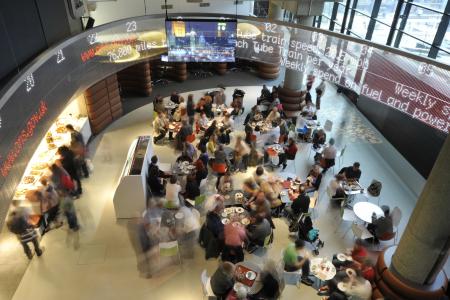 The museum is located at the southern side of the Barbican Centre. If you don't want to walk through the Barbican Centre, your best public transport options are to take the Metropolitan, Circle or Hamersmith and City lines to Barbican station and walk south along Aldersgate Street to the Rotunda, or north from St Paul's station (Central line) along St-Martin's-le-Grand and Aldersgate Street. Moorgate (National Rail) is also nearby, along London Wall.

Admission is free, though there is a recommended donation. The museum is open 10am to 6pm, 7 days a week.

There's a large and well-stocked gift shop right beside the main entrance. They had lots of London-themed gifts at reasonable prices (for London!). Whatever your child's interest, from Romans to London buses, they can probably find something to suit them here. There are all the standard museum basics – pencil sharpeners, bookmarks and small knick-knacks, along with things like larger model buses / taxis / phoneboxes, Roman solider costumes, games and lots of books.

The Museum of London's website offers plenty of articles related to London and the museum's exhibits. There are also fantastic learning resources about the history of London available.

The museum produces insightful videos about the history of London and the lives of Londoners on its YouTube channel. 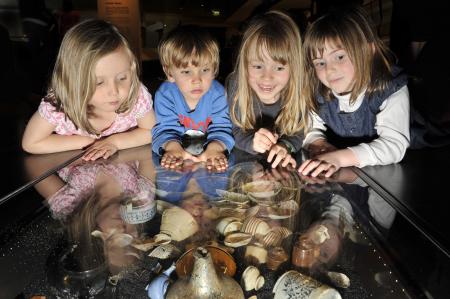 Win one of three Orchard Toys bundles worth £50 each!

Keep the children entertained with this collection of games and puzzles from Orchard Toys! Enter for a chance to win a toy bundle worth £50!
Win a free Complete Learning to Write Pack from the Love Writing Co.