A parents' guide to statements, the most common sentence type, with information about how they are taught as part of the primary-school curriculum.
Login or Register to add to your saved resources

A statement is the most common type of sentence. There are three other sentence types: questions, exclamations and commands.

Statements are sentences that express a fact, idea or opinion. Statements do not ask questions, make requests or give commands. They are also not exclamations.

Statement sentences can be simple, compound or complex sentences; a sentence always consists of at least one clause containing a subject and a verb and nearly always ends in a full stop. 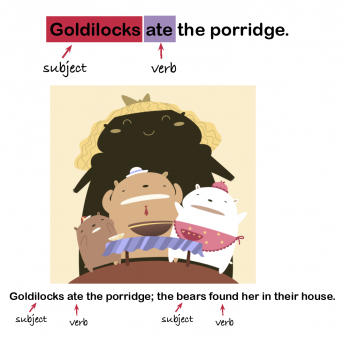 How are statements taught in the primary classroom?

In Reception and Year 1, children will be encouraged to describe an object or a picture verbally before attempting to write what they see. For example, if their class text is The Gruffalo, they will begin to compose and then write basic sentences describing the Gruffalo’s appearance. For example:

In Year 1 and 2, children will experiment with different ways of starting their statement sentences, and adding more detail, but still expressing a fact, opinion or an idea. For example:

In Key Stage 1, children will also be introduced to compound sentences, which use coordinating conjunctions to link parts of a sentence. Again, these can be made up of "yelling" (exclamation) and "asking" (question) sentence types as well as statements. As children progress through each year groupand are exposed to different elements of English grammar, they will begin to use differing sentence types in their writing.

When are statements taught in primary school?

Statements are officially taught in Year 1, at the same time as children are taught the difference between ‘yelling, telling and asking’ sentences. However, many EYFS teachers introduce simple statement sentences when a child is in Reception. As statement sentences form the basis of most written language, they are reinforced in all subsequent year groups.

In Key Stage 1 SATs children might be asked to punctuate sentences correctly to demonstrate that they understand the difference between statements, questions, exclamations and commands (see example below). 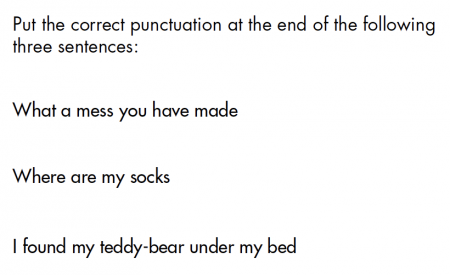 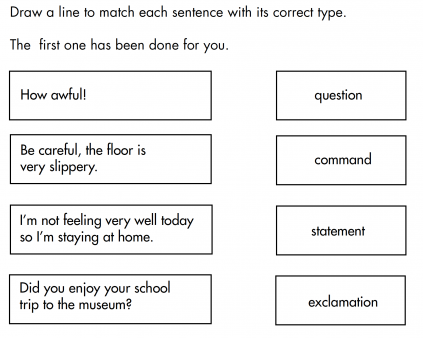 In the Year 6 SATs Spelling, Punctuation and Grammar paper they might be asked to demonstrate the same skill, as in the example question above.