Water and the water cycle

What is water and what is the water cycle?

Water is vital for all living things. Animals drink water, while plants take water up through their roots.

Water never leaves the Earth, it simply moves around the ‘water cycle’. The water cycle follows the journey of water from oceans to clouds to rain to streams to rivers and back into the ocean. The water cycle involves the scientific processes of evaporation and condensation and is also known as the hydrologic cycle ('hydro’ means water in Greek).

There are many places that water can be found. We call these ‘bodies of water’. Bodies of water include: oceans, seas, streams, rivers, lakes, ponds, wetlands, marshes, bays, harbours, coves, deltas, and even puddles! There are generally considered to be five main oceans: Pacific, Atlantic, Indian, Southern and Arctic.

Water is never created or destroyed; it simply journeys through the water cycle being recycled each time. The water that we use today has been around for millions of years and the movement of water around our planet is vital to support life on Earth.

The water cycle takes water on a journey and is made up of six possible processes: condensation, infiltration, runoff, evaporation, precipitation, transpiration.

When water cools down it forms a cloud. This process is called condensation. When a cloud becomes too heavy the water falls to the ground as precipitation. Precipitation can either take the form of rain, sleet, hail or snow.

When precipitation lands on the ground it seeps into the ground or runs off into drains and water ways. It ends up in streams and rivers and eventually returns to the oceans.

Not all water falls into streams, oceans and rivers. A lot of water is locked up in the polar ice caps.

There is evidence that the polar ice caps are gradually melting due to global warming. This will eventually cause the sea level to rise.

Water vapour – water in a gas form
Ice – water in a solid form
Ice cap – a large area (less than 50, 000km²) that is covered in ice.
Condensation – the process of cooling water that turns it from a gas (water vapour) back into a liquid
Infiltration – when water moves down through the ground
Runoff – when water travels over the top of the ground and back into a stream, river or sea
Evaporation – the process of heating water that turns it from a liquid into a gas (water vapour)
Precipitation – water falling to the ground from a cloud. It can be in the form of rain, sleet, hail or snow.
Transpiration – the process of water evaporating out of the leaf of a plant or tree.
Ocean – a very large area of sea. There are usually considered to be five main oceans (Pacific, Atlantic, Indian, Southern and Artic.
River – A flow of water that leads to the sea. A river is a larger flow of water than a stream.
Stream - A flow of water that usually leads into a river. A stream is a smaller flow of water than a river.
Aquifer – an underground reservoir of water
Reservoir – an area where water is stored
Cloud – condensed water (water vapour) that is visible in the atmosphere
Hydropower – the method of changing the kinetic energy from falling water into electrical energy.

Best books about the water cycle for kids 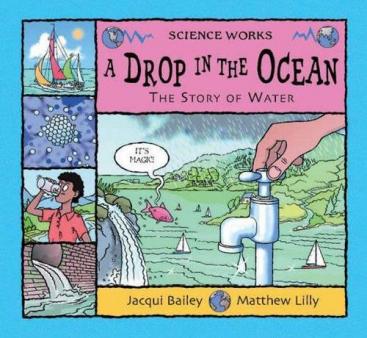 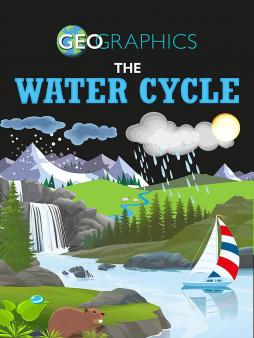 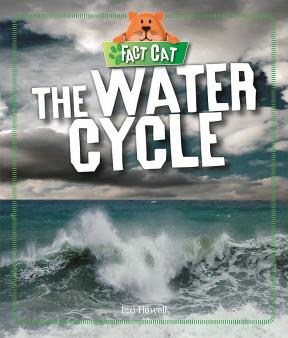 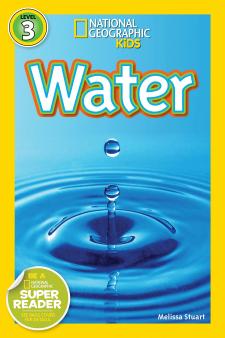 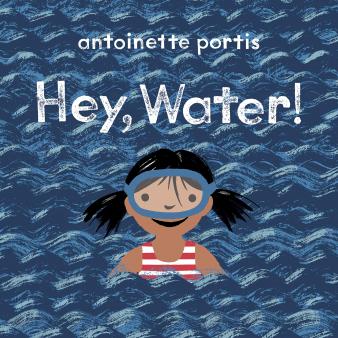 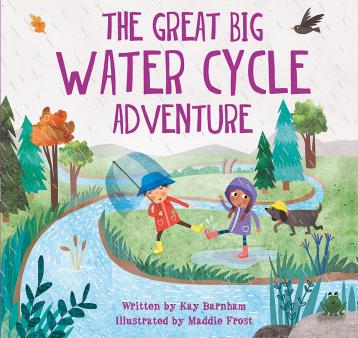 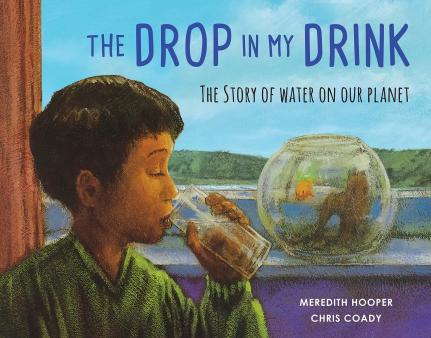 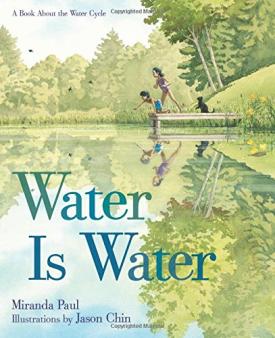 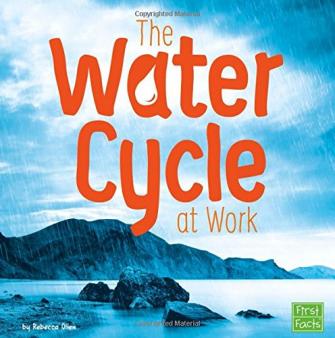 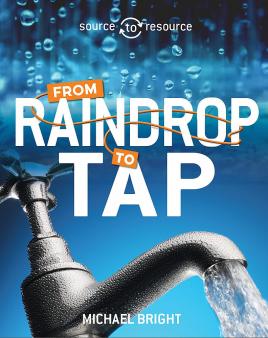 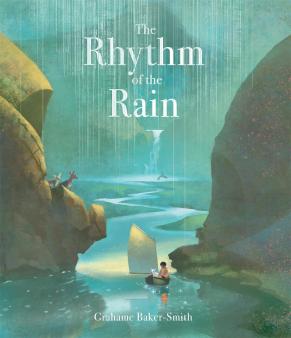